Written by Baird Maritime on February 4, 2018. Posted in Ships (Naval). 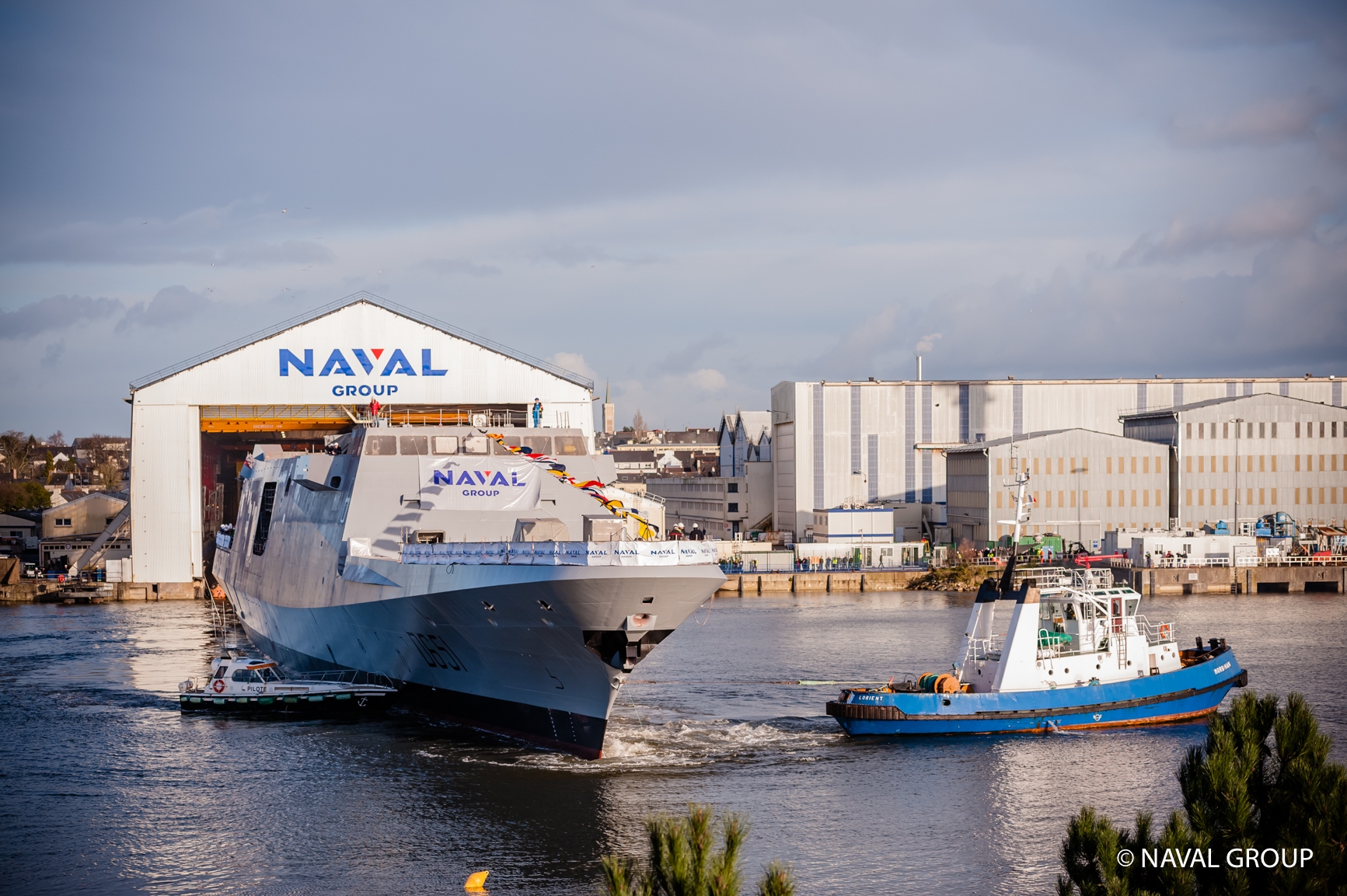 Naval Group has floated the FREMM multi-mission frigate Normandie, just 12 months after the start of hull assembly in the building dock at Lorient.

The 142-metre by 20-metre FREMM Normandie is the sixth in the series of anti-submarine FREMMS ordered by OCCAR (Organisation for Joint Armament Cooperation) for the French Navy.

Normandie will leave dry dock in the northern autumn to undergo its first sea trials before delivery to the French Navy in summer 2019.