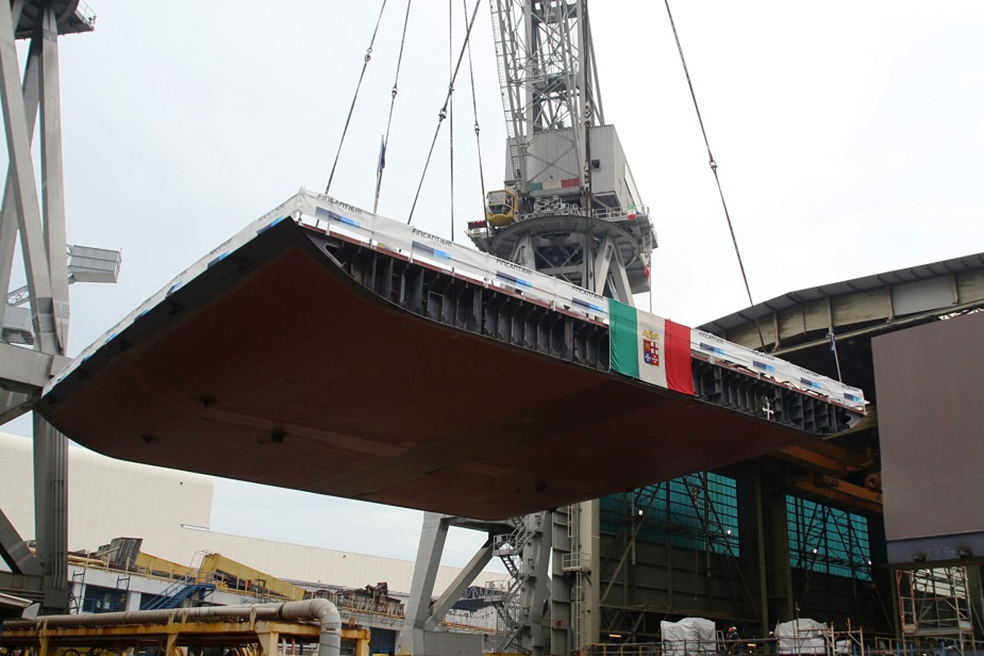 The 215-metre LHD will have a maximum speed of 25 knots and will be equipped with a combined diesel and gas turbine plant (CODOG).

The ship’s main mission will be the transport of people and vehicles, such as the small LCM landing craft units with a load capacity up to 60 tonnes.

Up to four can be admitted, launched and recovered through a flooded basin, located on the stern of the vessel.

Delivery is scheduled for 2022.

The LHD is built under a €1.1 billion (US$1.3 billion) contract signed by the Italian Navy, Fincantieri and Finmeccanica in July 2015.