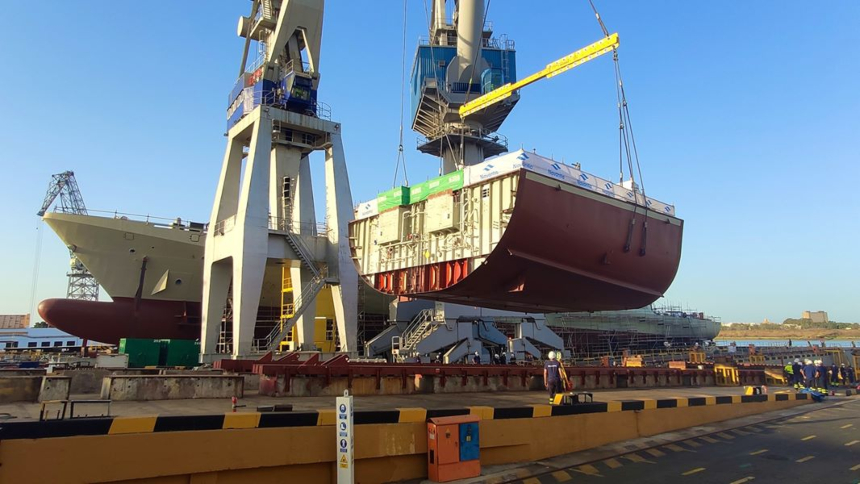 Spanish shipbuilder Navantia has laid the keel for the third of five Al-Jubail-class corvettes slated for the Royal Saudi Naval Forces.

Once completed, the yet unnamed vessel will have a length of 104 metres, a beam of 14 metres, a speed of 27 knots, and an endurance of 21 days.

The corvette, like its sisters, will be a modified variant of the Avante 2200 or Guaiquerí-class patrol ships that were built by Navantia for the Venezuelan Navy.