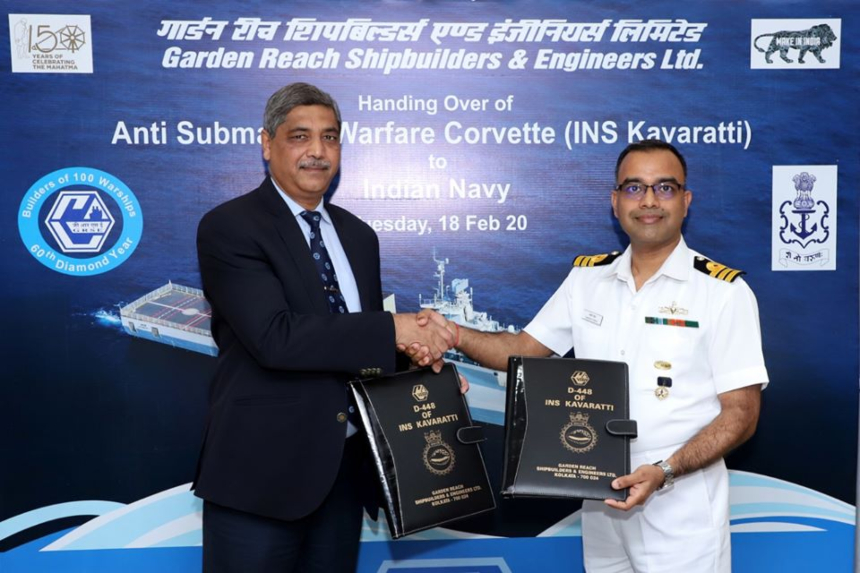 The Indian Navy took delivery of the fourth and final Kamorta-class stealth corvette from Garden Reach Shipbuilders and Engineers (GRSE) on Tuesday, February 18.

INS Kavaratti has a length of 109 metres, a beam of 12.8 metres, a raft-mounted propulsion system to reduce vibrations, and an infrared signature suppression system. It will be deployed primarily on anti-submarine warfare (ASW) missions following its commissioning later this month.

As with the three other vessels in the Kamorta-class, Kavaratti is named after one of the islands of India’s Lakshadweep archipelago.