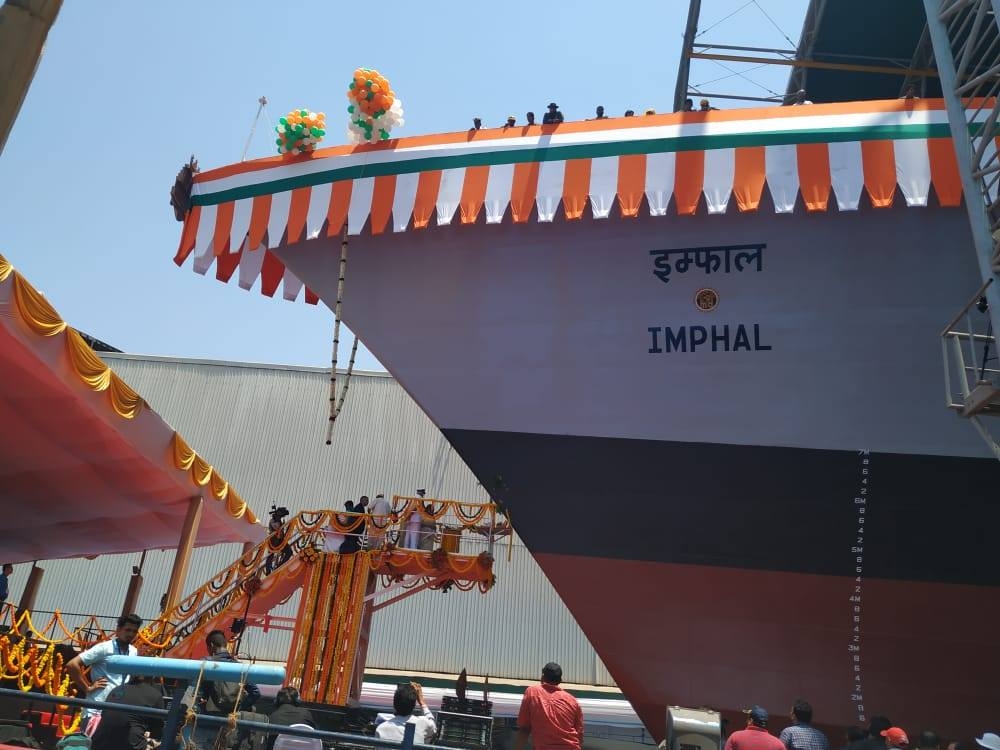 Imphal, the Indian Navy’s third Project 15B or Visakhapatnam-class guided missile destroyer, was launched at Mazagon Dock Shipbuilders in Mumbai on Saturday, April 20.

The ship and its first two sisters were all designed by the navy’s Directorate of Naval Design in New Delhi.

Once completed, Imphal will have a length of 163 metres, a beam of 17.4 metres, a displacement of 7,300 tonnes, flight deck space for two helicopters, and four gas turbines that will deliver a speed in excess of 30 knots.