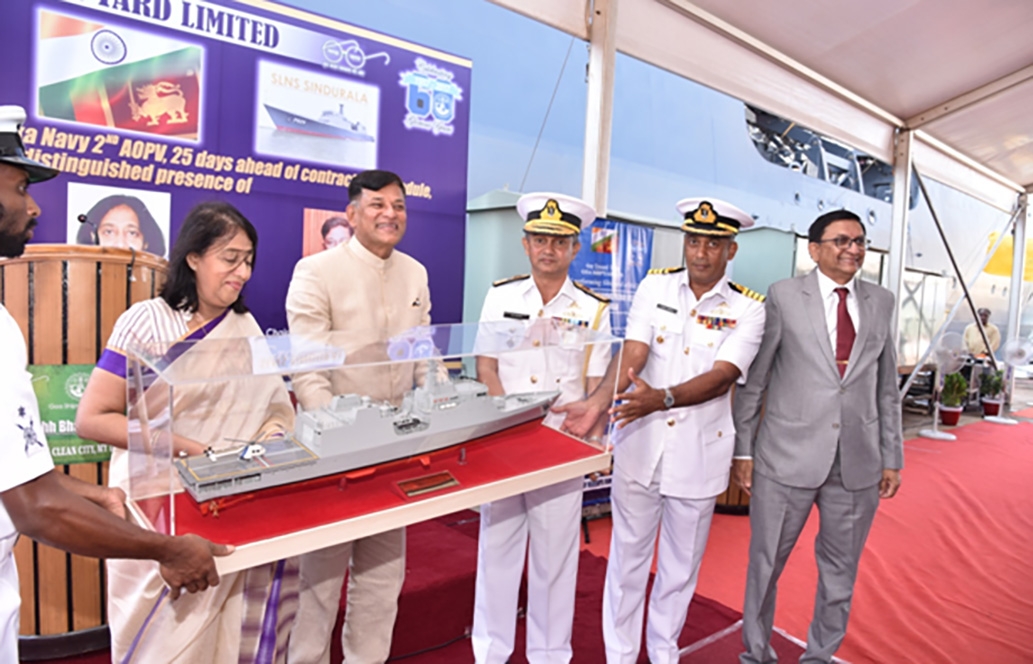 Set to become the largest and most advanced ship to be deployed with the Sri Lankan Navy, the 105-metre by 13.6-metre AOPV is part of the ongoing Sri Lanka Offshore Patrol Vessel (SLOPV) project.

Powered by two 9,000kW diesel engines, the AOPVs have an operating speed of 25 knots and an endurance of 6,000 nautical miles.

They will be used for patrolling and policing, search and rescue, and pollution control.

GSL delivered the 2,500-tonne OPV 25 days ahead of the contractually agreed date.

The shipyard delivered SLNS Sayurala, the first AOPV of the series, to the Sri Lanka Navy in July.