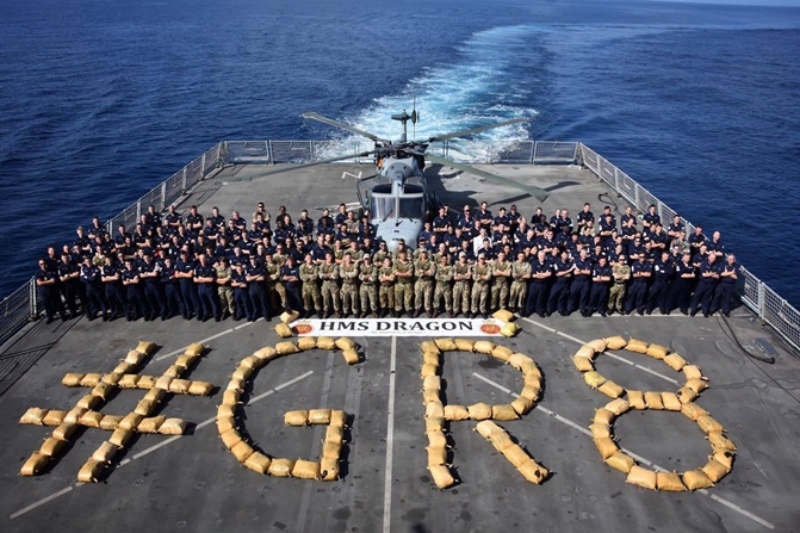 The Royal Navy Type 45 destroyer HMS Dragon has dealt its eighth blow to drug smugglers in the Middle East.

The Portsmouth-based warship seized 2,540 kilograms of hashish from a fishing vessel while sailing home through the Arabian Sea.

The seizure comes after Dragon took the record for the higher number of successful busts and the total weight of drugs seized by a Royal Navy warship in the Middle East.

Flying a routine dawn mission, the ship’s Wildcat helicopter spotted a suspicious-looking boat from the air. Dragon, which was beginning its journey back to the UK, immediately altered course to intercept the vessel.

As dawn broke, the destroyer emerged from the darkness to swoop on the fishing dhow and launch two fast sea boats carrying sailors and Royal Marines.

The boarding teams found bags of hashish hidden beneath fishing nets and the boat’s fuel tanks. They worked in temperatures of up to 38 degrees Celsius to remove the bags of narcotics, ready to be transported back to Dragon and be destroyed.

Since deploying to the Middle East in September last year, Dragon has now racked up a record haul of drugs from criminals that have been hunted down across the open seas.