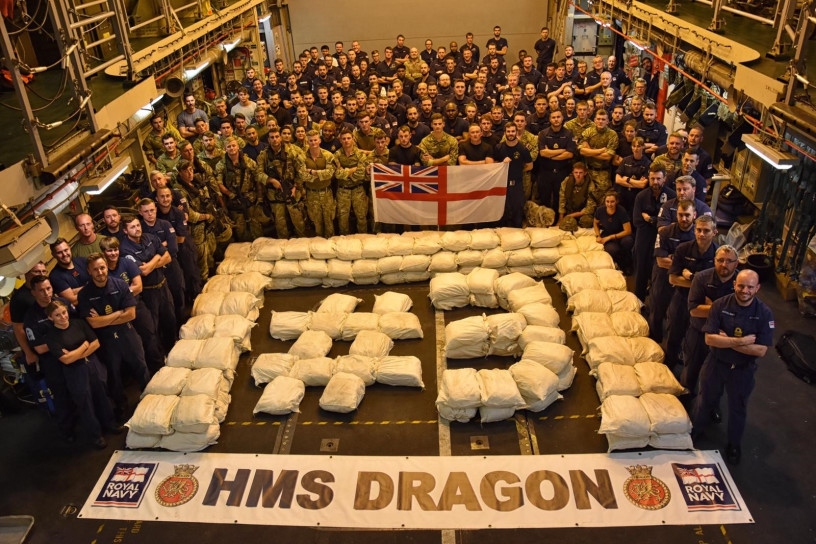 The seized hashish, if it had ended up being sold, would have fetched at least approximately £35 million (US$44.43 million) with the profits benefiting organised crime networks and terrorist organisations in the region.

The two drug busts were conducted less than 48 hours apart in rough weather.

Dragon will spend the period over Christmas at sea continuing to support CTF 150.