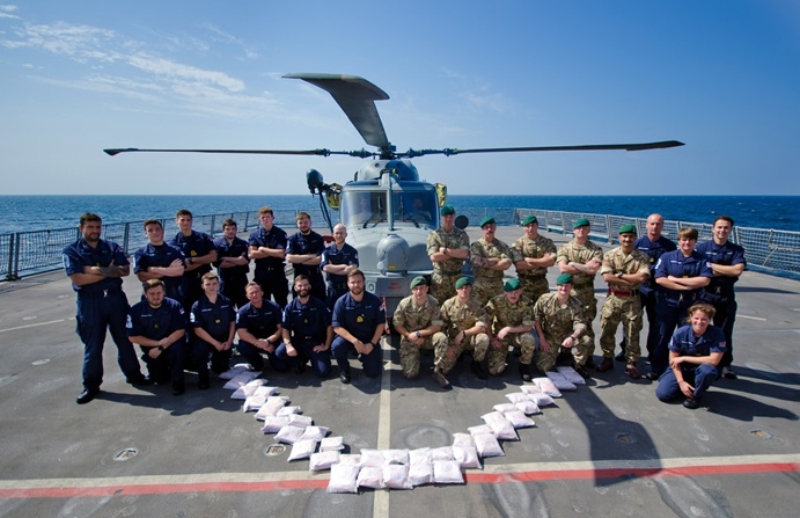 The Royal Navy’s Type 45 destroyer HMS Dragon has seized 49 kilograms of heroin in the ship’s fifth drug bust in three months in the Persian Gulf.

The Portsmouth-based ship made the seizure as it returned to maritime security operations on the notorious drug-smuggling route known as the “Hash Highway.”

The bust began with an early morning sortie by Dragon’s Wildcat helicopter to look out for suspicious vessels likely to be involved in the narcotics trade.

The helicopter pilot stated that he spotted a contact on radar and, on closing, the flight observer was able to use the electro-optical device on the aircraft to provide high-quality images of the suspect dhow.

Dragon immediately launched sea boats and, following a search of the dhow by a combined Royal Navy and Royal Marines boarding team, the drugs were found hidden in the vessel.

The heroin, which was later destroyed, would have had a street value of £9 million (US$11 million).

The Royal Navy has not disclosed the date on which Dragon’s fifth drug seizure was made.