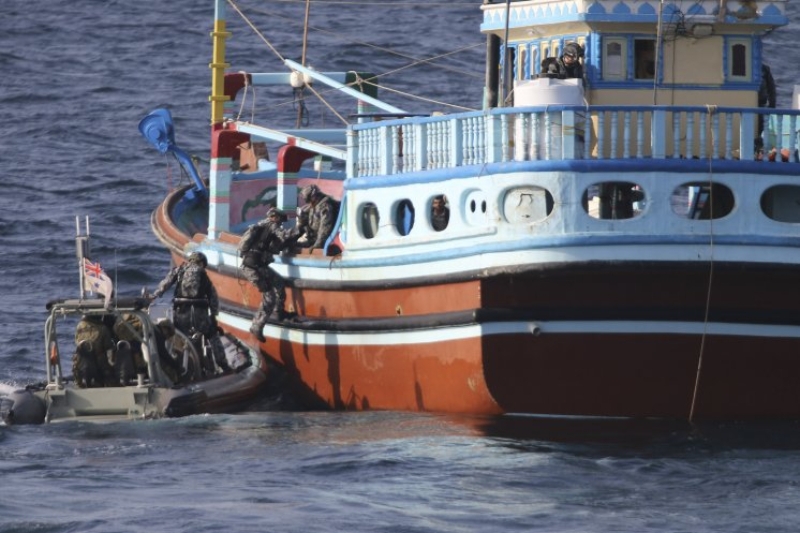 The Royal Australian Navy Anzac-class frigate HMAS Ballarat has seized two tonnes of hashish worth approximately A$100 million (US$70 million) in street value during a boarding operation in the Middle East Region.

The boarding was conducted in international waters by the Combined Task Force 150 under the direction of the Combined Maritime Forces as part of Operation Manitou.

This is the sixth drug bust made during Ballarat‘s current Middle East deployment.