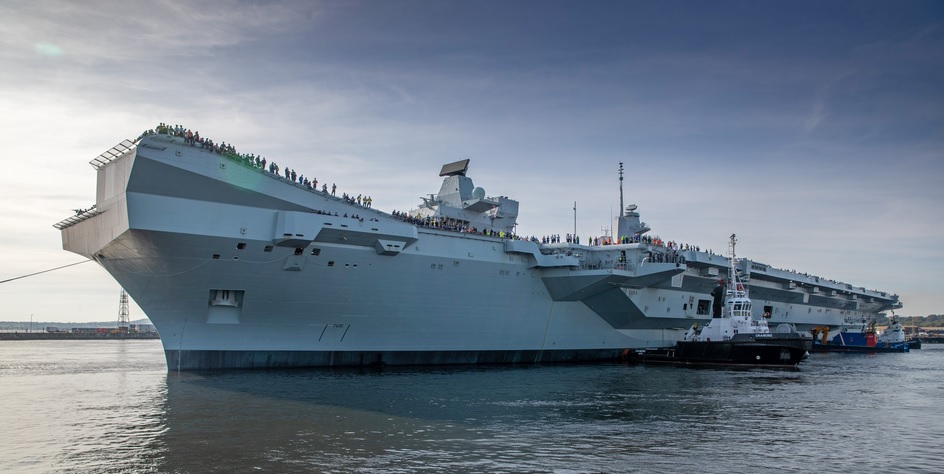 The future HMS Prince of Wales, the second of the Royal Navy’s new Queen Elizabeth-class aircraft carriers, has left Rosyth Dockyard and sailed for the first time.

The 280-metre-long ship is presently in the North Sea off Scotland carrying out its initial sea trials, which also includes the first time that aircraft will land on and take off from its massive flight deck.

The trials are conducted by the ship’s company of 600 with the assistance of 320 civilian contractors.

Following the trials, the future Prince of Wales will sail for Portsmouth where it is due to be formally commissioned before the end of the year.