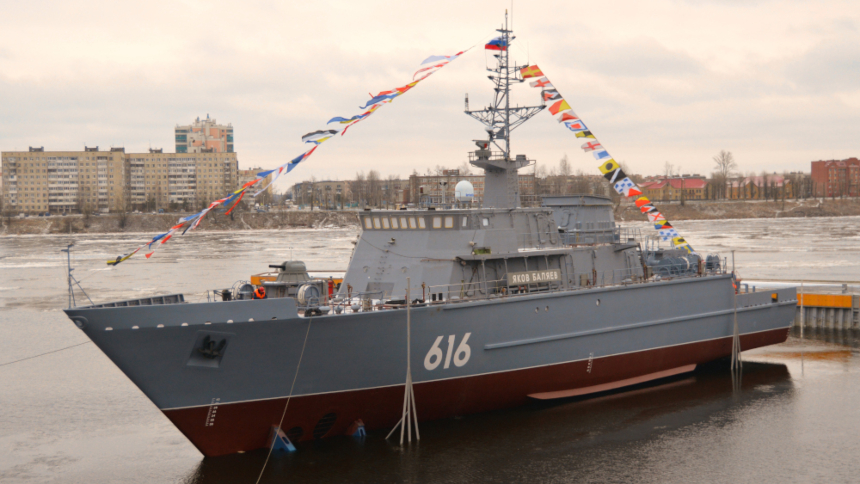 The fourth Project 12700 or Alexandrit-class minesweeper honours Seaman Yakov Illarionovich Balyaev, a Soviet Navy sailor who was awarded the posthumous title of Hero of the Soviet Union for his actions in World War II.