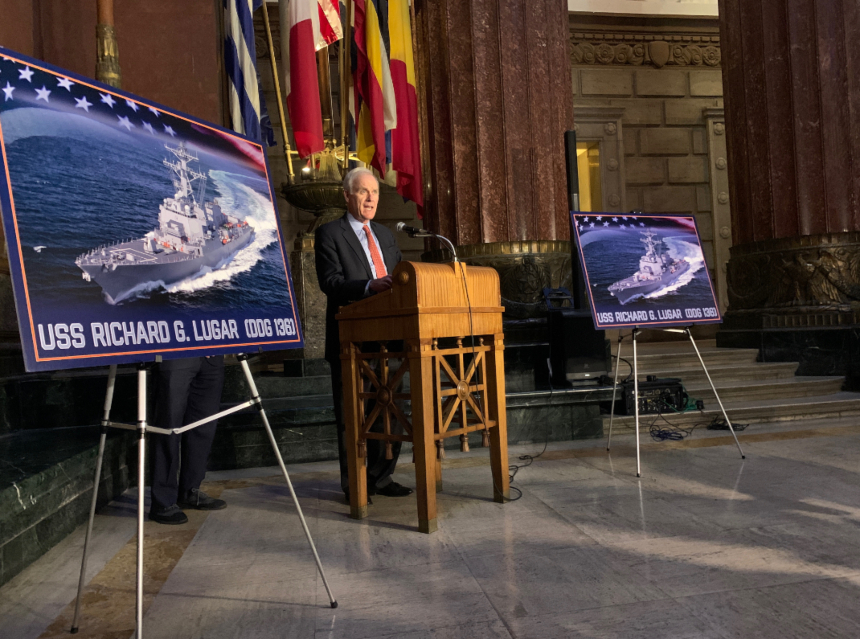 A future Arleigh Burke-class guided missile destroyer will be named in honour of the late former US Senator Richard Lugar, US Secretary of the Navy Richard V. Spencer confirmed on Monday, November 18.

Former Senator Lugar, who died in April this year, had served as an officer in the US Navy from 1957 to 1960. He was later elected mayor of Indianapolis and eventually served six consecutive terms as the US Senator from Indiana from 1977 to 2013.

The highlights of the senator’s political career included chairmanship of the Senate Foreign Relations Committee. As committee chairman, he was instrumental in reducing the threat of nuclear, chemical, and biological weapons by passing and overseeing the implementation of the bipartisan Nunn-Lugar programme, which deactivated more than 7,600 nuclear warheads, millions of chemical munitions, and several thousand nuclear capable missiles (Lugar’s co-author on the Nunn-Lugar programme, former US Senator from Georgia Sam Nunn, is the namesake of another Arleigh Burke-class destroyer announced earlier this year.).

The future USS Richard G. Lugar will be the 86th Arleigh Burke-class destroyer to be built for the US Navy. Construction will take place at General Dynamics Bath Iron Works.