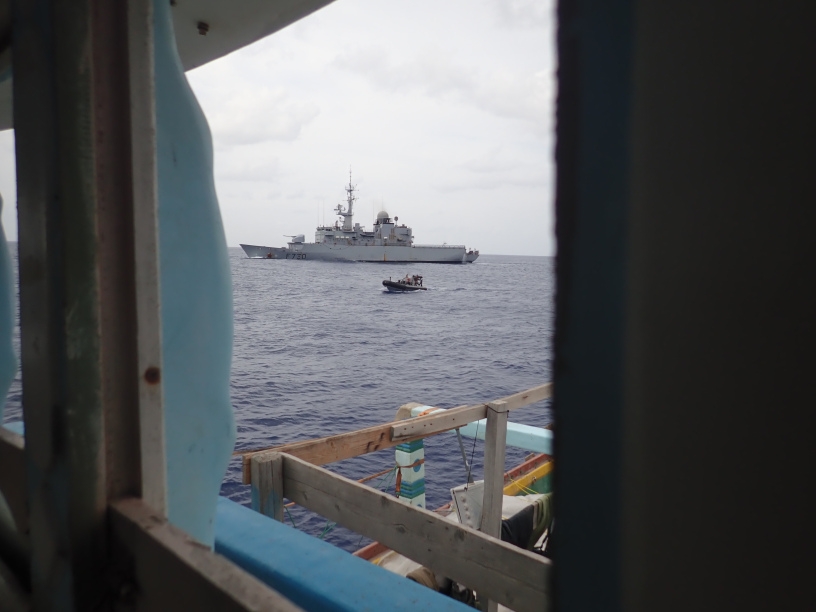 The French Navy frigate Floréal apprehended a vessel carrying over 520 kilograms of narcotics while on patrol in the Arabian Sea late last month, Combined Maritime Forces said in a statement.

Operating under the command of the Pakistan-led Combined Task Force (CTF) 150, Floréal‘s crew conducted a routine inspection of a small dhow and discovered numerous bales of heroin hidden among the smaller vessel’s cargo of cement.

The French Navy boarding team ultimately found a total of 434 bales of heroin on board the dhow. The drugs are estimated to have a market value of over US$5 million.

It is Floréal‘s seventh recorded drug bust since the start of this new deployment to the Middle East in September 2018.

The frigate’s crew had apprehended four narcotics-carrying vessels in the region in the month of May alone.