The Philippines has, in recent years, significantly upgraded its previously very weak naval forces, as it seeks to maintain a viable presence in the South China Sea. A major gap in Manila’s maritime capabilities, though, has long been the lack of missile armament on any of its warships. This has now been corrected.

2017 saw the handing over to the Philippine Navy (PN) of a trio of new Mk. 3 Multi-Purpose Attack Craft (MPAC). Built as a joint venture between Propmech of the Philippines, and a Taiwanese builder, these 45-knot vessels, powered by Caterpillar C2 engines, linked to Hamilton waterjets, have now been fitted with quadruple launchers for the Israeli Rafael Advanced Defence Spike Extended Range (Spike-ER) surface-to surface missile. 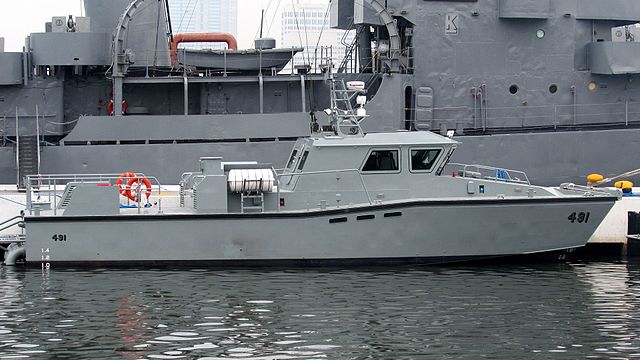 Spike-ER has a range of about eight kilometres, and can fly at about 1,000 kilometres per hour.

On August 9, a successful test firing of a Spike-ER from an MPAC Mk.3 against a floating target was carried out off the Bataan Peninsular.

The three MPAC Mk. 3s differ substantially from the six MPACs which preceded them in PN service. The modifications enable deployment from a strategic sealift vessel (SSV), as the PN envisages using the missile craft in a sustained offshore combat role, in the event of armed confrontation with China over control of disputed islets in the South China Sea.

There is no bow ramp, as unlike the earlier craft, the MPAC Mk3 does not have a land assault role. Also, the mast is significantly lower, in order to facilitate access to the SSVs’ well decks.

A project to acquire three more MPAC Mk.3s is underway.