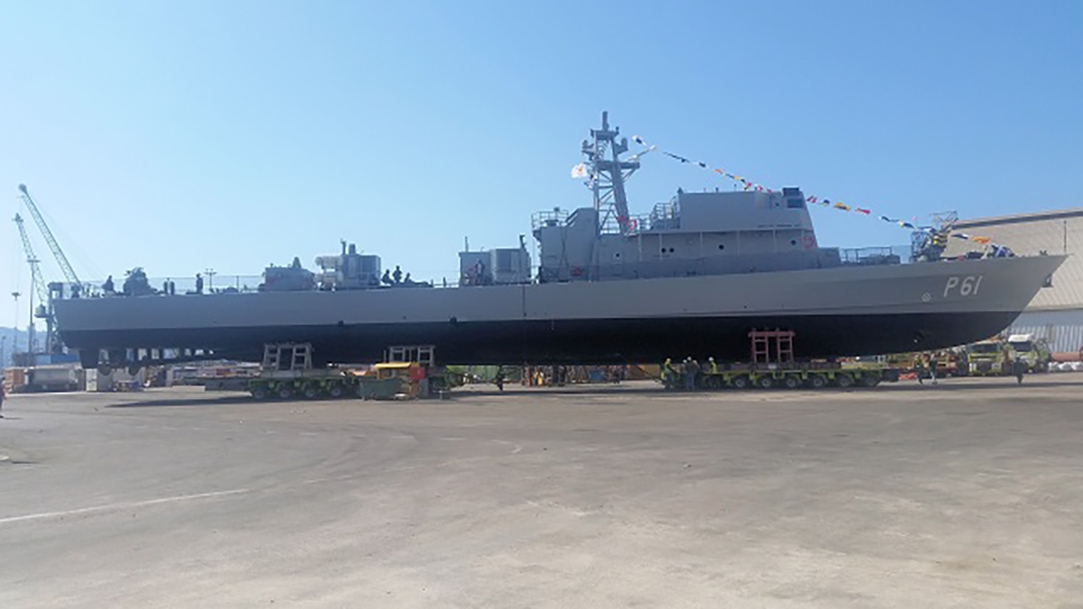 The Cyprus Naval Command has commissioned its first offshore patrol vessel (OPV) Commodore Andreas Ioannides (P61) in a ceremony at the Evangelos Florakis naval base at Larnaca.

The 62-metre OPV was built by Israel Shipyards and launched in September before further outfitting and trials.

The OPV has a displacement of 430 tonnes and reaches a maximum speed of 32 knots. It carries up to 30 crew members and a special forces unit.

The defence ministry announced in December it would acquire another two OPVs, with the process of evaluating bids already under way.