Construction of aircraft carrier John F Kennedy ahead of schedule 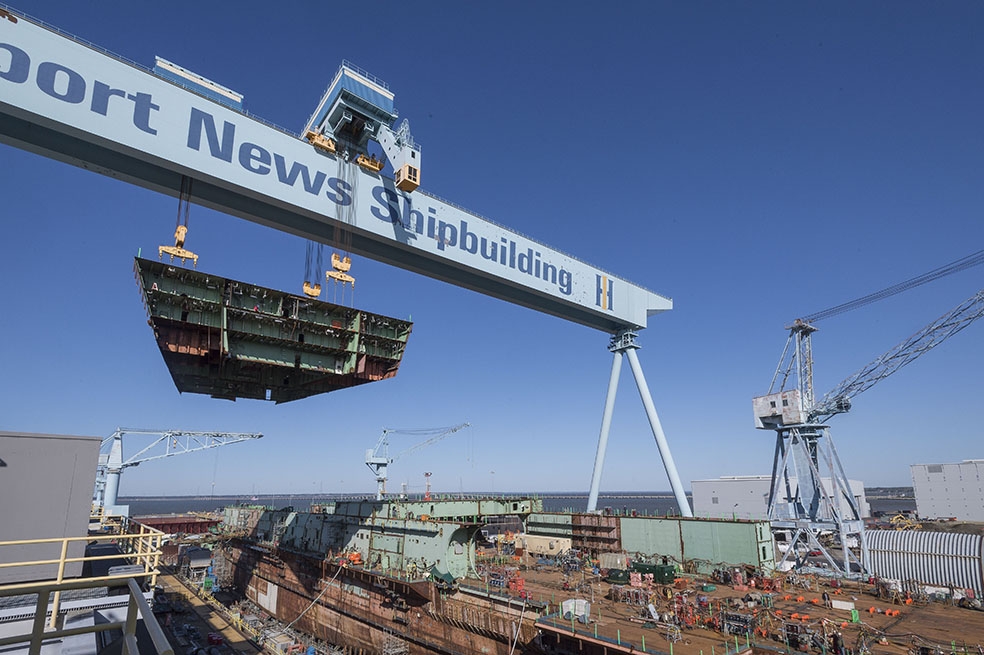 Construction work on the US Navy’s nuclear-powered aircraft carrier John F Kennedy (CVN 79) is three months ahead of schedule.

Huntington Ingalls Industries (HII) said the ship is 75 per cent structurally complete – and 40 per cent complete – following installation of the 750-tonne forward area of the ship’s main deck.

Also installed was the first piece of the aircraft carrier flight deck, which includes command and control, pilot ready rooms and additional support spaces, a jet blast deflector, and components of the advanced arresting gear system.

With the recent superlifts, 341 of the total 447 sections are in place.

John F Kennedy stands about 30 metres in height in the dry dock with only the island and main mast remaining to bring the ship to its full height of 76.8 metres.

The second ship in the Gerald R Ford class of carriers has been taking shape at HII’s Newport News Shipbuilding division since the ship’s keel was laid in August 2015.

John F. Kennedy is scheduled to be christened in the fourth quarter of 2019 and delivered to the US Navy in 2022.