Written by Baird Maritime on February 9, 2021. Posted in Ships (Naval). 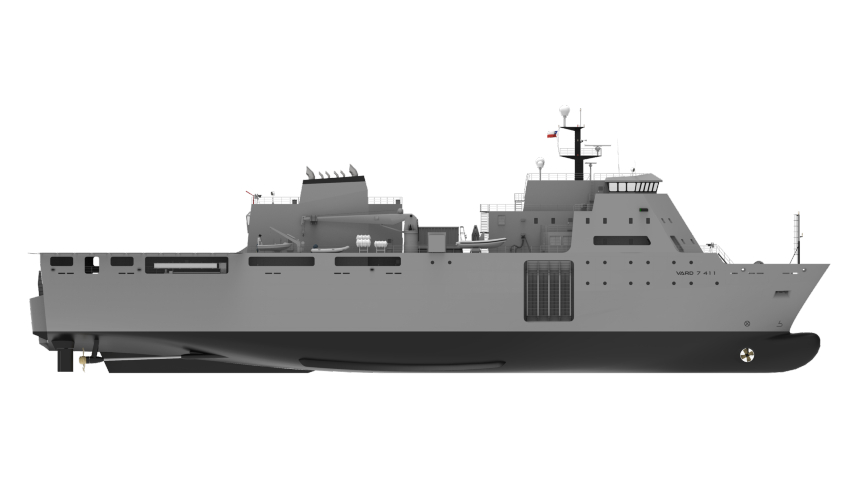 Chile’s Asmar Shipbuilding and Ship Repair Company has awarded Vard Marine a contract for design work on a new class of amphibious and military transport vessels for the Chilean Navy.

The multi-role vessels to be built under the navy’s Escotillón IV program will be capable of operating throughout the Pacific and Southern Oceans with services to include logistic support, search and rescue (SAR) missions, troop and asset movement and deployment, and humanitarian assistance and disaster relief (HADR) operations.

Each ship in the class will be capable of accommodating a wide range of containerised and vehicle cargo, landing craft, helicopters, and rescue boats.