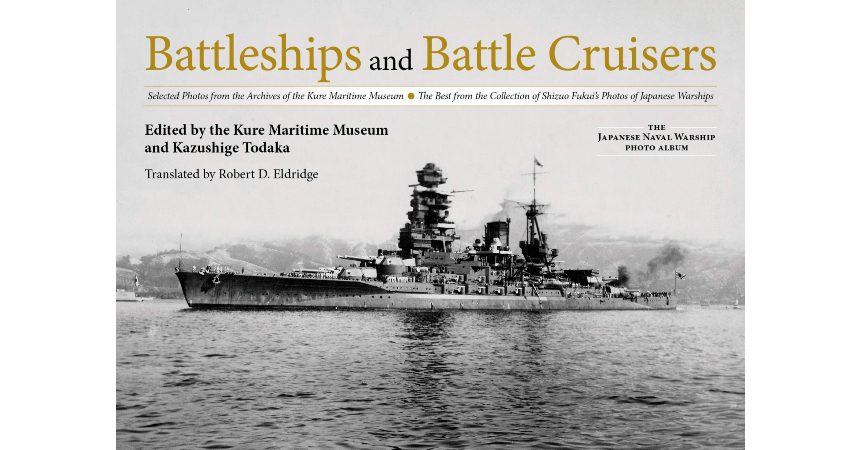 This beautifully presented book of first-rate photographs affected your reviewer in much the same way as its Submarine and Battleship Yamato and Musashi counterparts from the same source. I simply thought of the obscene and tragic waste of mostly young men and hard-earned treasure.

The Yamato and Musashi are, of course, also included here but all three books are similar and similarly sad.

The Imperial Japanese Navy’s battleships, in particular, and battle cruisers were mighty warships. The Yamato and Musashi indeed were the most powerful ever built, not that their power did them much good. They were very largely wasted.

Apart from their weirdly and overwhelmingly disproportionate “conning towers”, they were impressive and purposeful looking ships. If one were bearing down on your submarine or destroyer, it would be a very frightening experience.

They were, of course, mostly already obsolete by the time they were launched. American submarines and carrier aircraft had their measure within six months of the outbreak of war. They were as vulnerable as aircraft carriers look likely to be should there ever be another “world war”.

There is much to be learnt from this very high quality book but its most compelling effect is to remind the reader of the horrible waste that accompanied such ships.