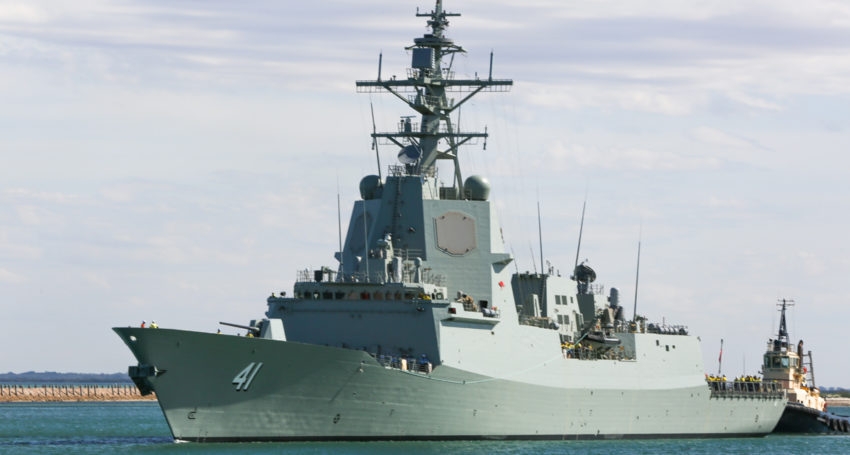 The trials for Australia’s Air Warfare Destroyer (AWD) Brisbane over the coming weeks will test the ship’s propulsion, manoeuvring, control and navigation systems and will be followed by a more advanced phase of sea trials next year to test combat and communications systems.

Brisbane is the second of three warships built in Adelaide as part of the most complex defence project in Australia’s history – an AU$8 billion (US$6 billion) collaboration between ASC, Raytheon and the Department of Defence at naval industry hub Techport.

Mid next year, Brisbane will be delivered to the Royal Australian Navy to join her sister ship, HMAS Hobart, and will be followed by the delivery of the third and final AWD, Sydney, in 2019.

The new Brisbane destroyer is the third ship in the Australian Navy’s history to share the same name.

The ship is 146.7m long and has a top speed of more than 28 knots, a range of about 5000 nautical miles and can accommodate more than 200 personnel.

It will also carry a range of weapons, detection and electronic warfare systems on board, which include an Aegis Weapon System Baseline 7.1, SPQ Horizon Search Radar, 48 vertical launch missile cells, an Mk 45 5″ 62 calibre gun for coastal operations and two quad launchers of anti-ship Harpoon weapon systems.