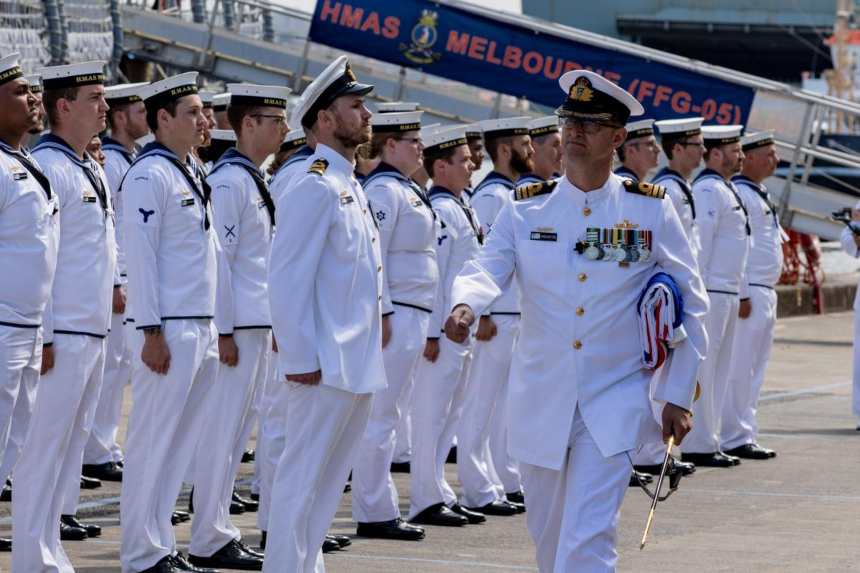 The 138-metre-long Adelaide-class guided missile frigate HMAS Melbourne, the last remaining of six built for the Royal Australian Navy (RAN), was decommissioned at its home port at Fleet Base East, Garden Island, Sydney, on Saturday, October 26.

Since commissioning in 1992, Melbourne steamed more than 900,000 nautical miles, deployed on operations to the Middle East region eight times, and earned battle honours for service in East Timor, the Persian Gulf, and the Middle East.

The anti-air warfare role of Melbourne and its Adelaide-class sisters will be taken over by the RAN’s Hobart-class destroyers.