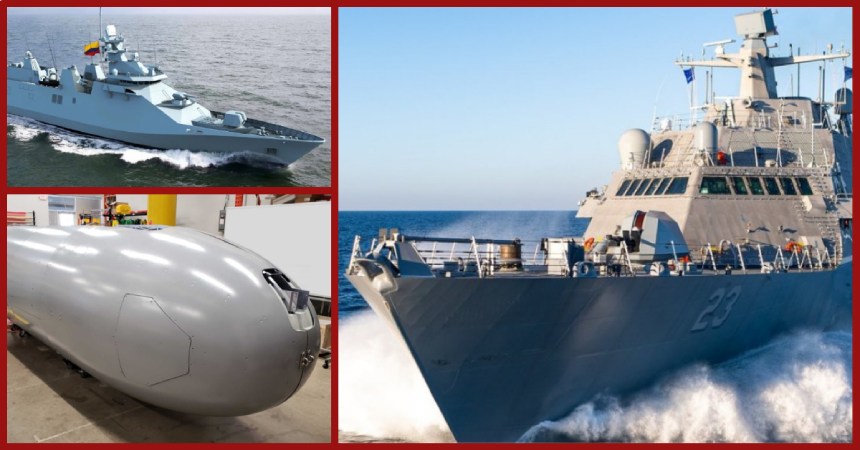 The US Navy takes delivery of a new surface combatant while Turkey commences operations of a locally-built armed unmanned craft. Work is underway on new unmanned underwater vehicles (UUVs) in the US. Lastly, a Dutch-Colombian partnership will develop an upgraded class of frigate.

The US Navy has accepted delivery of the future littoral combat ship (LCS) USS Cooperstown from Fincantieri Marinette Marine in Marinette, Wisconsin.

The ship is the 12th Freedom-variant LCS designed and delivered to the US Navy by the Lockheed Martin-led industry team. Following delivery, the ship will sail away for a commissioning ceremony in New York City before transiting to its homeport in Mayport, Florida.

The future Cooperstown is the second Freedom-variant ship outfitted with the combining gear correction that will allow unrestricted operations. The navy said the correction addresses a class-wide flaw that was identified as the fleet deployed these ships in greater numbers.

The ship will be the first US Navy vessel to honour the village of Cooperstown in Otsego County, New York.

Marlin was developed jointly by local companies Sefine Shipyard and Aselsan. The craft has a length of 15 metres and is optimised for operations in coastal waters as well as further offshore.

The USV will also be equipped to undertake electronic warfare missions.

The UUVs will feature technology to support military and commercial activities alike.

Capabilities will include mine countermeasures (MCM), oceanographic sensing, and data collection.

Colombian state-owned shipbuilder Cotecmar and the Damen Shipyards Group have entered into an agreement for the joint development of the contractual design for a new class of frigates for the Colombian Navy.

The new design will be a variant of an existing Damen frigate series, examples of which have already been built for the navies of other countries including Indonesia.

Damen and Cotecmar will update the design so that it will satisfy the requirements of the Colombian Navy.

Click here for more news stories, feature articles, and vessel reviews as part of this month’s focus on unmanned craft.