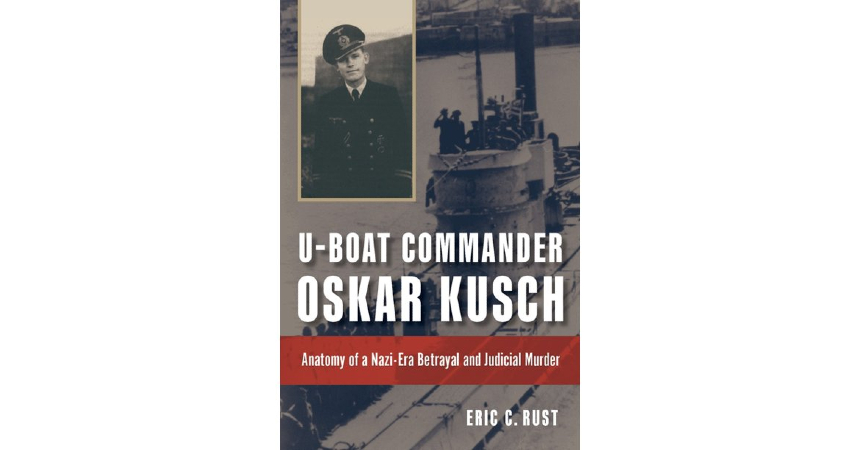 This is a fascinating, thought-provoking, and well-written book. Containing elements of psychology, history, law, naval tradition and humanity, it is an excellent illustration of how totalitarian states ultimately consume themselves.

Oskar Kusch was a bright, adventurous, decent and principled upper-middle class boy who was born in the wrong place at the wrong time. He also happened to be somewhat naïve. That led to his downfall.

His chosen career as a German naval officer unfortunately coincided with the rise of the Nazi Party. While he obviously had considerable talent and potential as a U-boat commander, his political naivety led to his open mocking of Hitler and Nazi policies. While that was mostly expressed in the cosy wardroom of his submarine, it was passed on to the Nazi authorities by two of his ambitious junior officers.

Even they probably did not anticipate that Kusch would eventually be executed for the crime of making anti-Nazi comments but, nevertheless, they set the process in motion. The outcome was tragic.

Exploring all the intrigue and ramifications of this saga, this book offers both an examination of Nazi philosophical flaws and an excellent overview of how otherwise normal human beings can be dominated by them. It is a sad story.

Nine rescued from sinking tug in Bay of Bengal