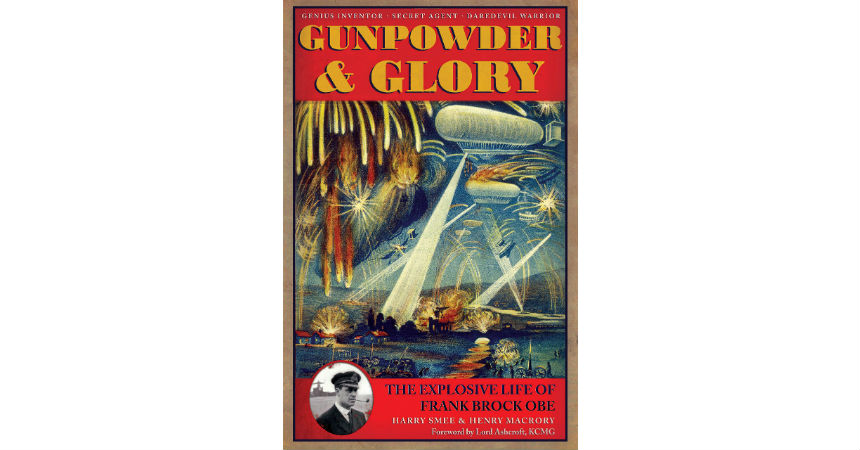 A fascinating combination of military and corporate history. Being co-written by the hero’s grandson, it may be rather “rah, rah, rah” for some tastes but, if you are interested in business, the British Empire and World War I history, you will enjoy it and perhaps even learn something.

Your reviewer had never heard of Frank Brock but it turns out that he was one of the unsung heroes of the First War. He was killed at Zeebrugge during the famous/infamous raid. Frank Brock was the scion of Britain’s most famous fireworks manufacturing and display family. The family company had been founded in the 1690s. It became a pillar of Empire. Whenever something significant deserved celebration, Brocks Fireworks were involved.

Born into such a family as the eldest of his generation, the dashing Frank Brock was a diligent student of chemistry and explosives to the point almost of obsessiveness. He invented all manner of new fireworks products. When war came, he was well positioned and particularly useful. Among his other inventions was the explosive Brock Bullet that put paid to German Zeppelin air raids on English cities. They, aimed and fired by brave pilots, quickly and spectacularly destroyed the hydrogen filled German airships.

His invention of an effective “smoke screen” that became one of the most useful naval defensive weapons was a highlight of his career. It also led to his death when he completely unnecessarily insisted on participating in the Zeebrugge Raid that used smoke screens very effectively.

There is much more to the story of Frank Brock and his family company than that. This fascinating book does a good job of telling their story.