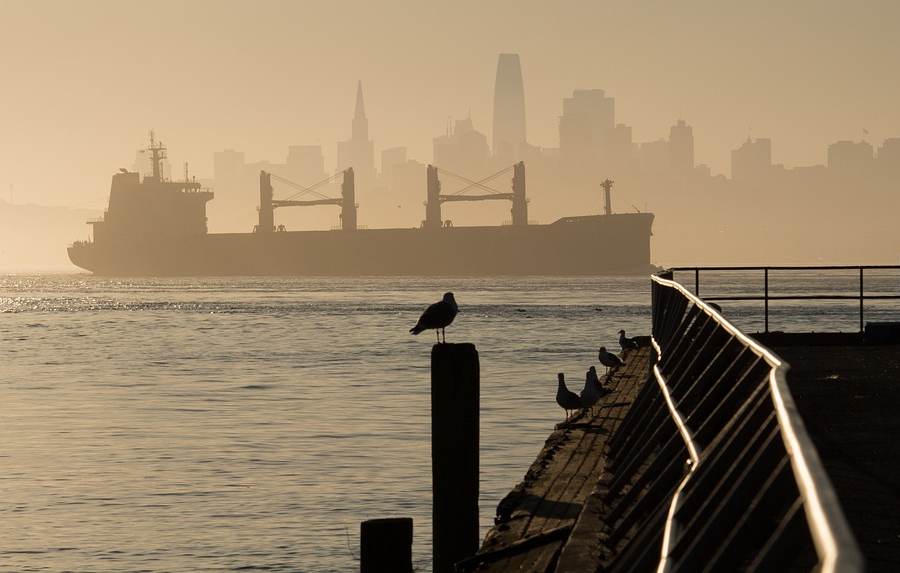 It may be unfashionable to say so, and had I been on anti-social media I would be probably “cancelled” for even suggesting it, but isn’t it time we cut the International Maritime Organisation a bit of slack? It is an easy target for the seething band of environmental activists who like to demonstrate outside the building, even though all its recent meetings have been on-line. Gearing themselves up for COP 26, the green super-circus planned for Glasgow at the end of the year, the environmentalists are anxious to maintain their momentum and can be guaranteed to continually voice their impatience at whatever the IMO and the shipping industry do in their joint efforts to make the industry more sustainable.

From rabid journalists “door-stepping” the IMO Secretary-General at his home in pursuit of their “truth”, to the more extreme elements attacking ships carrying cargoes of which they disapprove, the IMO and the world’s shipping will be increasingly branded “polluters”. Whatever constructive outcome emerges from IMO meetings, (and the recent MEPC 76 was a good example of progress), it won’t be enough to satisfy those who think that “de-carbonising” shipping is as easy as turning off a light.

Politicians don’t help, either, giving the impression that intention is identical to accomplishment, as they boast about their targets to reduce greenhouse gas emissions by percentages plucked out of the air against impossible timeframes. It is an easy political win to state that cars must be all-electric by 2030, but a different matter to build a supporting infrastructure. Similarly, the shipping industry, which the world utterly depends upon for its international trade and is largely propelled by big diesels, must find some way to operate without fossil fuels. And this must be done within the lifetime of ships being designed today, with novel fuels and cleaner power plants still at an experimental stage.

“Neither the IMO nor the shipping industry gets any credit for what has been achieved over the years to make the sea and atmosphere cleaner.”

Improvement is darned complicated, as anyone trying to make sense of the Energy Efficiency Existing Ship Index (EEXI) or the Carbon Intensity Indicator (CII) rating ought to agree. Should there be bunker levies, or is there a space for “market-based measures”? But the activists, who don’t understand the complexities of maritime technology, regrettably see everything in black and white and inevitably accuse the international organisation and the shipping industry of dragging their feet and resisting the necessary change.

It is very easy to criticise the IMO and industry for its “glacial pace”, but neither gets any credit for what has been achieved over the years to make the sea and atmosphere cleaner. There is never the slightest acknowledgement that IMO moves at the pace of its membership, all of which are countries jealous of their own sovereignty, and that progress requires consensus. The noise made by shouting minorities tends to be heard less against that of an international debate.

Similarly, it is unfair to accuse the shipping industry of resisting change and failing to act with sufficient urgency for the “climate emergency” we face. The industry’s own organisations have made it abundantly clear that they support the aims of decarbonisation and a sustainable shipping industry, but these are practical people who have businesses and a world fleet to run. They are also acutely aware of the public demand for a cleaner world and the need to tackle this huge bugbear of climate change, but also of the need for international, rather than regional or national solutions. It isn’t helped that the European Commission, still furious at its subordinate status at IMO, is continually trying to force the pace of change and threatening its own regional interpretation of what needs to be done.

“It is worth noting that none of the IMO’s achievements will resonate with the armies of impatient activists who shout a lot but contribute little to the technical debate.”

But scarcely a day goes by without some news of practical work being undertaken by the industry towards its goals, although it may not reach the mainstream consciousness and will be dismissed by the activists as a smoke screen. The diesel manufacturers, despite being demonised, continue to work hard to make their engines, which will be essential for the foreseeable future, cleaner, and more efficient. There is important research being undertaken into alternative fuels to try and eradicate some of the problems posed by the adoption of ammonia, hydrogen, methanol, and various bio-fuels, all of which have a substantial downside.

There are exciting developments in the use of wind assistance, with rotors and sails being installed on surprisingly large ships.  None of this happens overnight. Similarly, you don’t easily extrapolate the small-scale electric and hybrid solutions suitable for short-range ships of modest size into large, deep-sea units. All of this takes time, and a great deal of money, which does not exactly wash around the shipping industry.

Maybe IMO could be better at publicising its achievements, although it is worth noting that none of this will resonate with the armies of impatient activists who shout a lot but contribute little to the technical debate. Amid all the point-scoring and demonstrating, there is also rather less about what the decarbonisation of the industry is likely to cost everyone, like you and me, who, largely unaware, depend upon ships for the stuff we need. It is also worth pointing out that IMO was initially begun as an agency to improve safety at sea, and this role continues today, although those who shout endlessly about the environment probably don’t care about that.