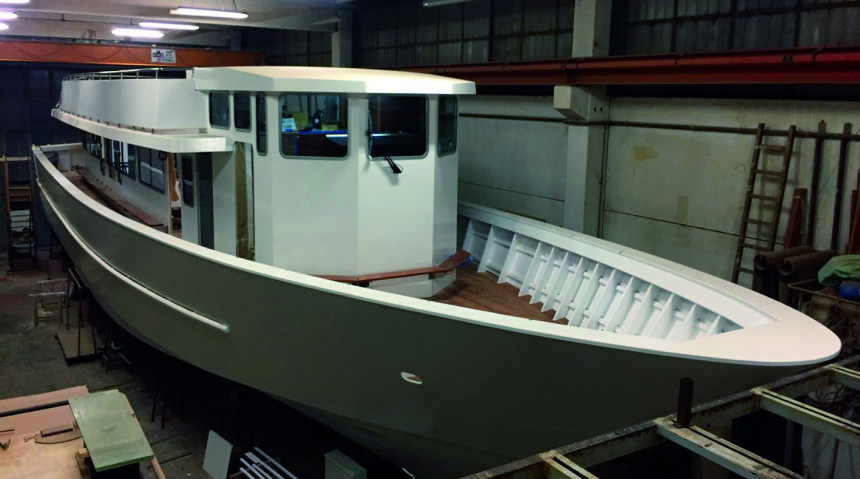 A few months after the delivery of Delfino Verde Deluxe, Foschi Shipyard, based in Cesenatico on the Romagna Riviera, North Adriatic coast, has laid the keel for a new wooden vessel.

The newbuild was designed and conceived to be as functional as possible for deep sea tourist fishing activities. It was commissioned by Angelo Carli, owner of the company Società di Navigazione Carli. 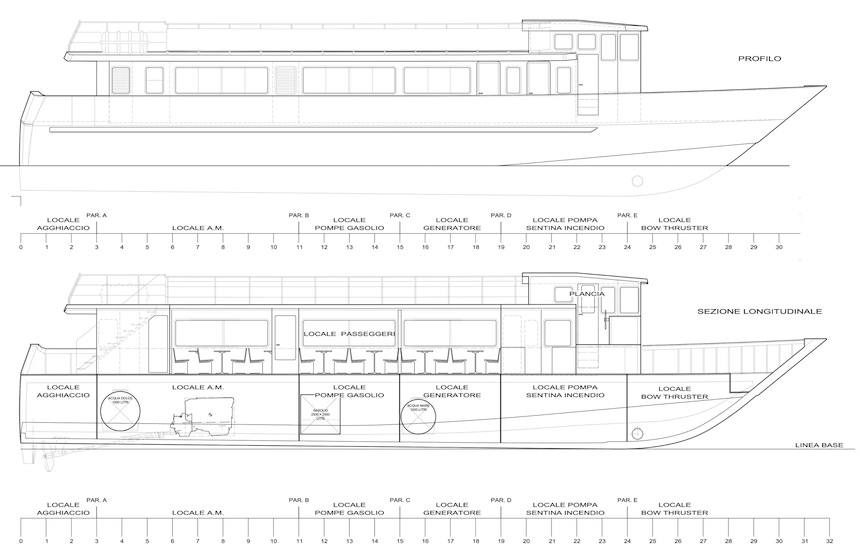 Carli is a long-serving captain in the small town of Porto Garibaldi, very famous in the north Adriatic Sea area for a variety of fishing activities that are considered important parts of the country’s fishing traditions. He contributed to the creation of this customised fishing vessel, bringing his long experience in that sector.

The goal was to create a completely “walk-around” motor vessel. This means that the perimeter of the hull is in fact not occupied by the superstructure, which has been kept narrower, to create very wide corridors to comfortably accommodate the numerous tourist fishermen onboard. 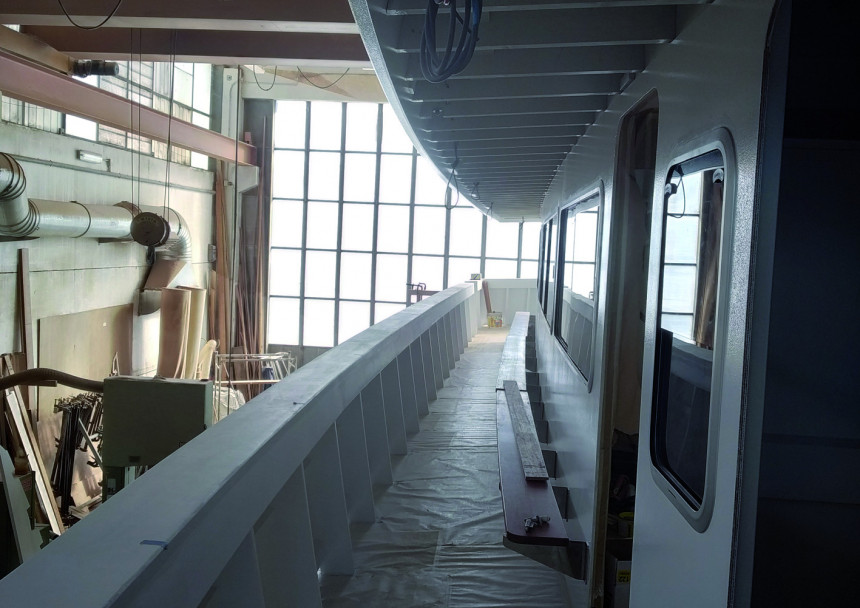 The new boat, which will be called Ofelia, will be launched in spring 2020. She is 25.54 metres long and 6.12 metres wide, and is structured on two decks, one of which is open, which will accommodate in total about 100 passengers, and three crew members. Equipped with toilets, bar and kitchen, Ofelia will be driven by two diesel engines that will allow her to reach a cruising speed of about 20 knots.