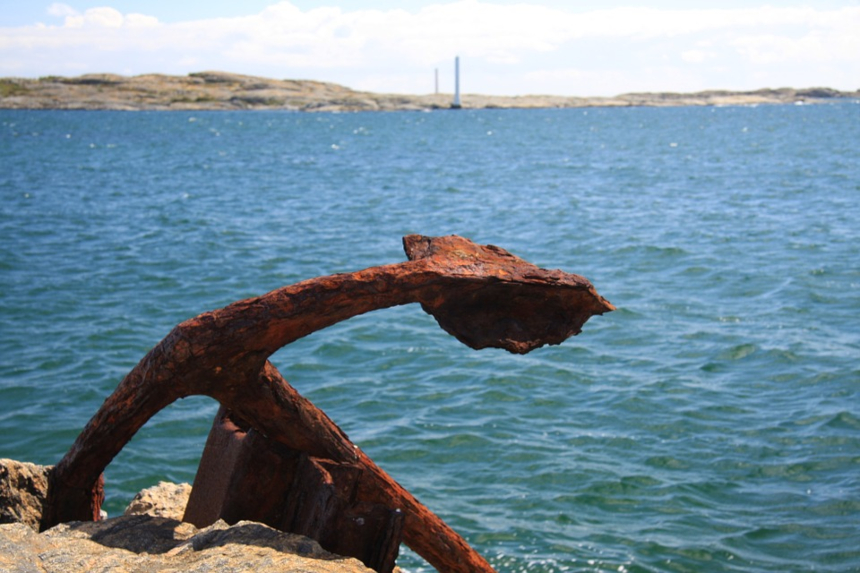 It got to us all in the end, when the supposed attractions of shore-side life began to outweigh those we once enjoyed afloat.

To a few, seafaring never lost its lure; I have a friend who was still very happily commanding large container ships until after his 70th birthday. But most of us would reach the stage when seafaring had lost its enjoyment, and the grass walked upon by shore-side folk seemed a whole lot greener. That was the time to consider one’s options, look a bit more critically at the possibilities for some sort of employment that wouldn’t have you doing the midnight watch in a draughty wheelhouse, or if you were an engineer, wallowing around in crankcases and tending temperamental machinery.

It was easier said than done, of course. We may have had years of experience in operating ships, bore Master’s and Chief’s certificates to prove our fitness for office, but there was little indication that anyone ashore wanted to employ us. We were not exactly big earners in the late 60s, but it became quite clear that most jobs ashore paid even less than we could earn driving ships. There were jobs available selling things, although rather more focussing on everyday items like vacuum cleaners or encyclopaedia, than there were for marine equipment, where our skills might have been useful. Engineers tended to see more opportunities, the UK still actually making things at that time, but we deck officers saw only lean pickings.

Our sympathetic London port security chap suggested that there was a career for mariners in the River Police, where he had begun his working life, although fishing dead bodies out of the tideway seemed a less than cheerful occupation. He also confided that recruits were required to plod the East End streets for a few years before they were eligible for work on the Thames, which rather tarnished the glamour of a free uniform and tall hat.

Pilotage was an obvious possibility – we all knew pilots and what they did – but here too there seemed to be very few vacancies, and would-be pilots had to spend many months – years even – learning the mysteries of their waters and moreover, entirely at their own expense. I may have been mistaken, but it seemed to me that they also spent more of their time in trains than in actual pilotage, as they took long midnight journeys to odd parts of the coast to join ships.

Perhaps there was a sort of half-way house – in seagoing jobs that didn’t involve sailing off to the ends of the earth for months on end. Short sea shipping – coasters and their ilk might fit the bill perhaps, although a friend who had sailed on a collier cautioned us about their rudimentary facilities. In the ship he had sailed in, while waiting for the next examination for Mates (he had flunked his orals), he had to bring his own bedding, buy his own food and he was always covered in coal dust.

There were plenty of ferries around the UK, although berths aboard them were hard to come by, for the obvious reasons that they never went too far from home and the money wasn’t too bad. There was a possibility of a seasonal job, as they took on extra officers for the summer rush, although there was no sense that this was permanent and on many of the ships, notably those in the Channel, there was no chance of living aboard as everyone got off when they berthed at the end of the day. I did a couple of trips to Zeebrugge with a shipmate who had managed to get onto the strength and actually was accepted as a “summer” Second Mate. However I was going to have to sleep in my car in Dover or drive all the way to London in the middle of the night, which seemed to lessen the attraction.

“What none of us wanted was to turn into an ageing ship’s officer who…was as bitter and twisted a shipmate as one might meet.”

It was all less than encouraging, the Situations Vacant columns packed with job opportunities, for every sort of skill and experience with the exception of seafaring. There was a group of us in the same situation and it seemed that our Master’s certificates just about qualified us for driving a bus – London Transport was busily recruiting.

What none of us wanted was to turn into an ageing ship’s officer who had failed to make the break, but hated his job, and was as bitter and twisted a shipmate as one might meet. We had all sailed with people just like that.

Part of the problem was that when we had sailed off on our first voyages, most of us had thought that this was a job for ever, leading inexorably to command or a Chief’s job. We had neglected to study the statistics and failed to discover that most people stayed at sea for a very limited part of their whole working lives. So we had arrived at this point ill-prepared, possibly with new wives or girlfriends taking a very dim view of our long distance voyaging. Dutch salvors have a delightful saying – “the pull of a woman is stronger than that of the most powerful tug” – and they operated the toughest tugs in the world.

It seemed that if you were to come ashore, and in any part of the maritime world for which you might have relevant qualifications, you needed a lot of luck. Most of us succeeded in the end, and some years later, I even wrote a book about how to do it.