REMINISCENCES | A mixed bag of masters 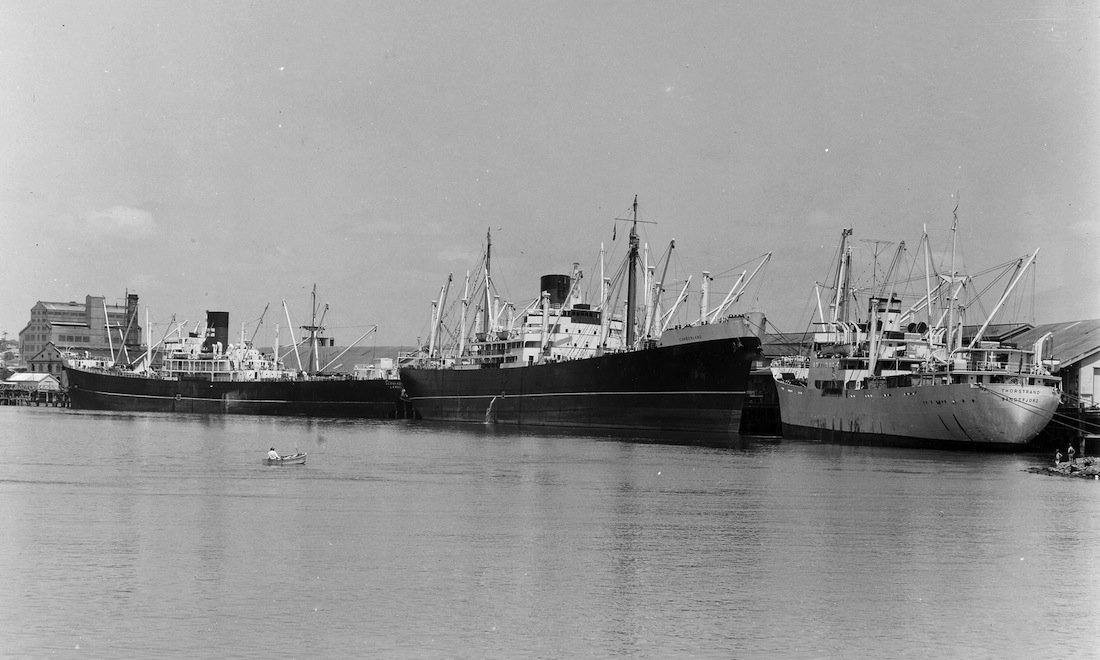 When you first joined a ship, one of the first questions you would ask was “who is the master?” It mattered because the attitude of the Old Man would colour the whole complexion of a voyage, and on two year articles, a long voyage with somebody who thought that the captain of the USS Caine was an old softy, was best avoided.

Masters in our company came in all shapes and sizes and were to be found anywhere on the scale that ranged from “reasonable” , through “bloody minded”, down to “utterly tyrannical”. But then, “human rights” had yet to be invented.

Looking back on those years, many of the older masters had commanded ships right through the war and these days would have been classified as suffering from post traumatic stress disorder and were very damaged goods after their experiences.

Some were undoubtedly alcoholics, a few completely out of control and were only kept in their jobs by a capable Chief Officer, who effectively did both jobs. It perhaps didn’t say much for the responsible oversight from the company, but they probably refrained from interfering as long as the Old Man didn’t publicly disgrace himself.

There was a terrible yarn doing the rounds of a master who disappeared a few hours before the Panama transit, subsequently discovered by his steward lying under his bath, dead to the world.

The Mate smoothly took over, adopting the personae of the master in a perfectly natural fashion and the ship made her transit without any trouble. The ship was back at full sea speed, twelve hours into the Pacific crossing when the master resurfaced, sober, in crisp uniform and inquiring about the vessel’s arrival in Auckland.

An old boatswain told me that one of the most frightful old creatures, with whom people would move heaven and earth to avoid sailing, had been a brilliant and much-admired young master in pre-war days. I can remember him sacking all his deck officers on a coastal voyage from Cardiff round to London and being very thankful that I wasn’t one of the deep-sea team going off with this old loony in command, to Australia and back.

But I hadn’t spent six years of my life wondering when and where I was going to get blown to bits by mines, torpedoes, bombs or high-explosive shells as I was going about my daily job. Those who served at sea were never, it is worth reflecting, out of the firing line, just as long as the hostilities lasted.

Considering what the average MN shipmaster in those days had put up with during his own career, we must have seemed terribly spoiled by comparison. One of the best masters I sailed with, when I was a Fourth Mate on the 8-12, used to chat about his early days at sea over his evening cocoa, when he came up to the bridge to write up his night orders.

He had been starting his career in the Great Depression with half the world fleet in layup and made me realise just how fortunate our generation was. He had sailed on one of our company ships during the slump, aboard which every man jack was a certificated officer.

I seem to recall he had been in a quartermaster’s berth with a First Mate’s certificate. He was just so interesting, as he spoke about those days, but I really never envied him those uncertain, pre-war years of almost nil career-progression.

The very best master I sailed with ranged between sweet reasonableness but occasionally verged on the tyrannical. You might describe him as strict, but he clearly wanted, above all else, for his officers to be as professional as he was. I survived a couple of years with him and he taught me more than all the others put together had managed to instil into my dull brain.

“His rage had an immediate focus”

Looking back on life with Captain Roger … he never actually mentioned leadership, or mentoring, or other fashionable modernities, but that was what he was doing, and the ship ran like clockwork.

Mind you, his temper was appalling first thing in the morning when he would stamp onto the bridge, looking for something with which he could find fault and wearing his celebrated Death Stare.

A sensible strategy was to ensure that there was some small visible fault, that his eagle eye would discern, and which he could rage about. I still remember a dawn arrival off an Australian port, with Roger arriving and going through the long list of pre-arrival checks with him. Engines and telegraphs, steering gear, all tested, hands sent to stations, Mate forward shortening the cable, pilot on the way and ladder all ready Sir, etc etc.

All had been done and there was nothing he could be angry about, which you could see was making him even more furious. But on the chart table a pair of dividers had been left lying open (for this very purpose). His rage had an immediate focus, and a cup of coffee helped it to quickly subside.

All the old masters are long gone, few, it seemed, enjoying a long retirement. Maybe it was the life they lived, a somewhat lonely existence, before the age of communications, or containers or just in time. But all of them taught you something which you took into later life, afloat or ashore. Decades on and editing a daily newspaper, I found a Death Stare really quite useful.