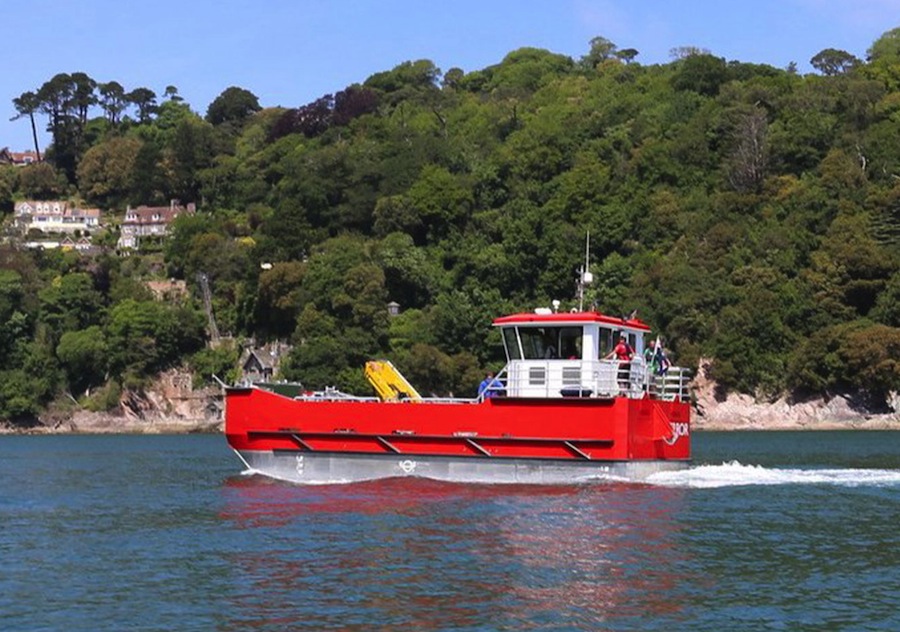 Terror, the new 22-tonne cargo tender for the upcoming British research vessel Sir David Attenborough, was recently launched on the Exeter Ship Canal for her maiden voyage and to undergo a series of technical and engineering tests to check sea-worthiness, stability and crane operations.

The cargo tender will play a critical role on board the Sir David Attenborough, which, in addition to its scientific role, will support the resupply of the five Antarctic research stations operated by British Antarctic Survey.

Terror will transfer food, fuel and science equipment to any locations where the water is too shallow for the new polar ship to approach.

Terror will now join the Sir David Attenborough, and the workboat Erebus at Cammell Laird’s Birkenhead shipyard ahead of more extensive sea trials.

In a nod to the history of UK polar exploration, Terror and Erebus are named after the ships from Sir John Franklin’s fateful exploration of the Northwest Passage – the sea route linking Europe and Asia through the Canadian Arctic – in 1845.

The original HMS Terror was built in 1813 in Topsham; as the new cargo tender transited the Exeter ship canal, she passed the yard that built her namesake.

Designed by Incat Crowther and built by Exeter Fabrication, she packs a lot of functionality into a compact platform. 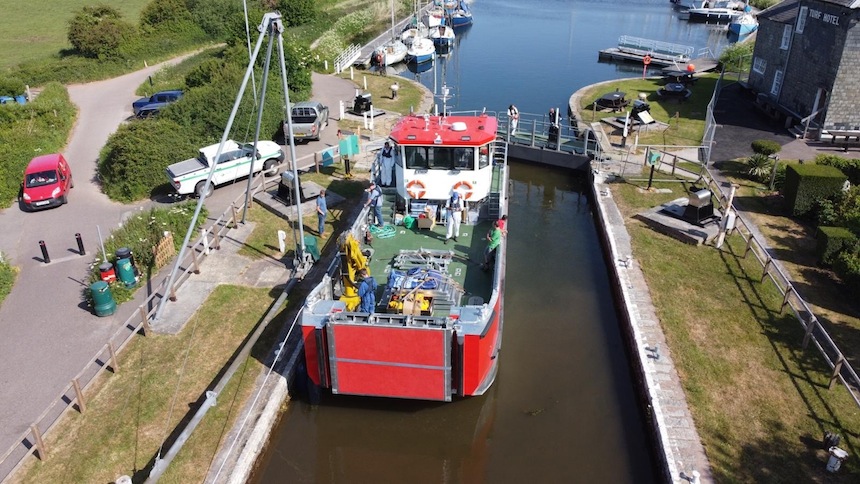 The working deck accommodates one 20-foot container or two 10-foot containers with twist-lock fittings and additional lashing points. A folding bow ramp and removable vehicle ramps combine with the shallow forefoot for bow loading, with the vessel being designed to load and accommodate a telehandler. The Heila HLM10-2S deck crane is capable of lifting loads of up to two tonnes to the cargo deck. A kedge anchor and deck winch further enhance the functionality of the vessel.

The challenge that faced Incat Crowther was fitting all of this capability and performance into a package that fitted the mother ship’s available deck space and launching capacity. Meeting the challenge, Terror features high capability for her compact size, weighing in at under 22 tonnes. 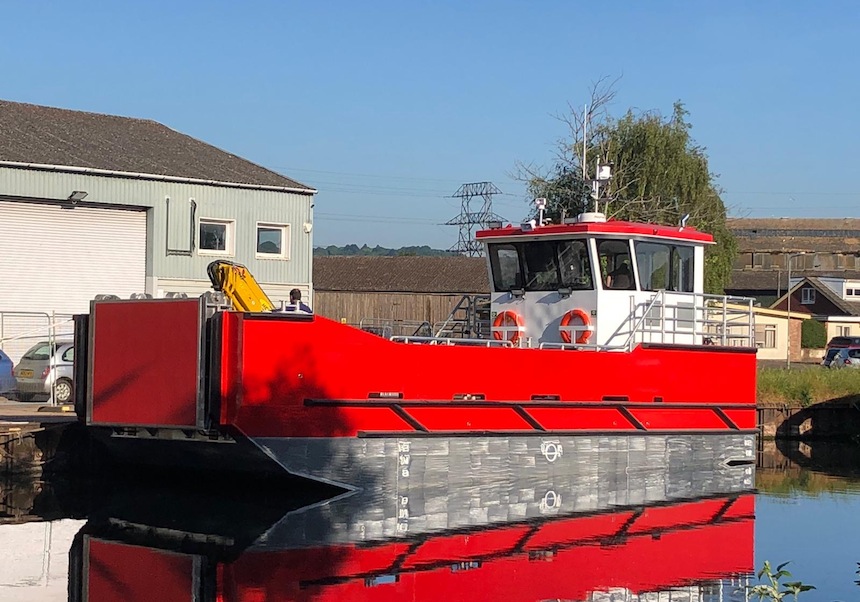 An elevated wheelhouse affords excellent visibility and accommodates three crew in addition to the captain. The vessel can carry an additional 12 personnel.

Terror is powered by twin Doosan L086TIH main engines driving fixed-pitch propellers and robust skegs for protection. The vessel has a service speed of nine knots. 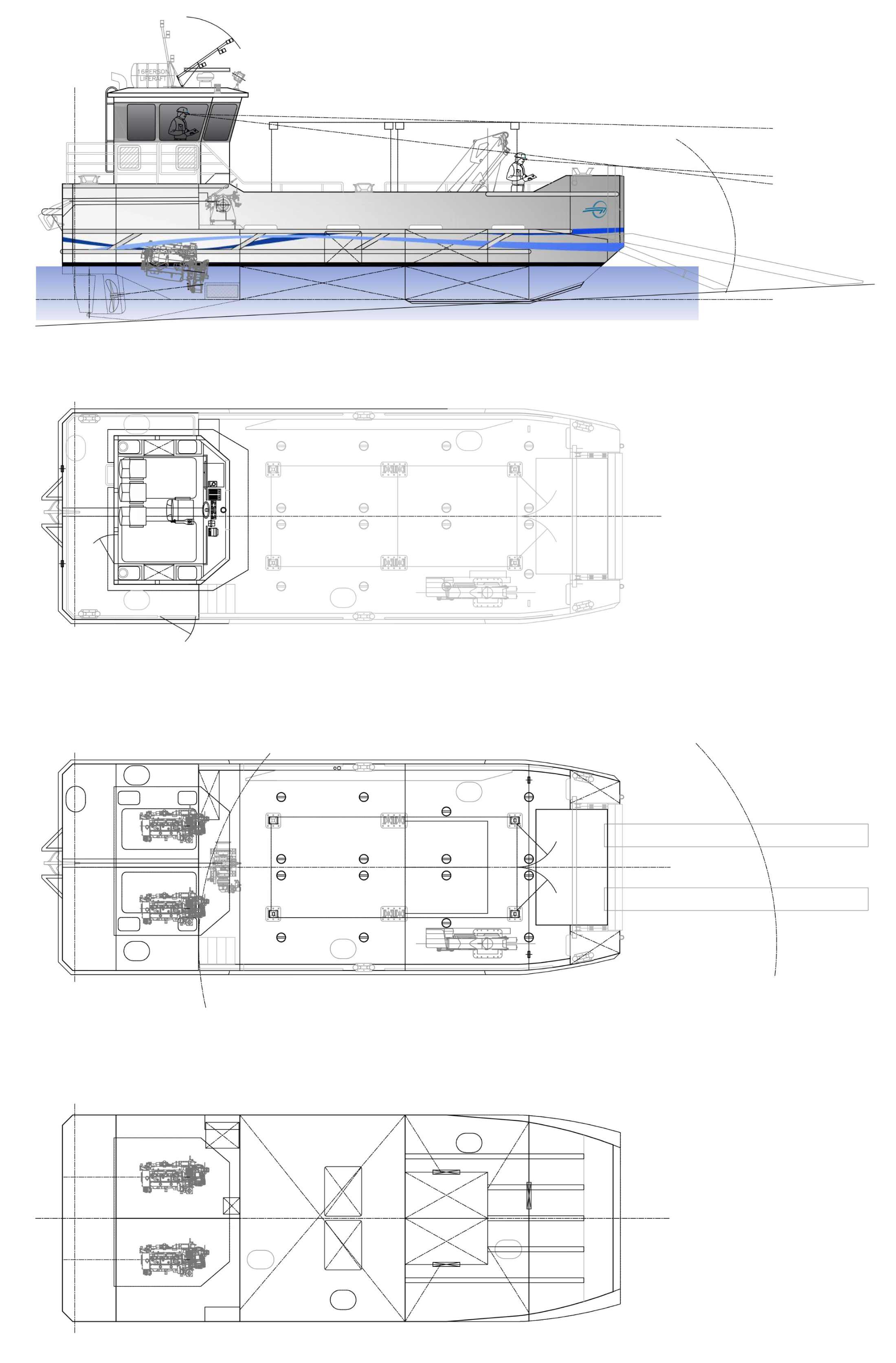