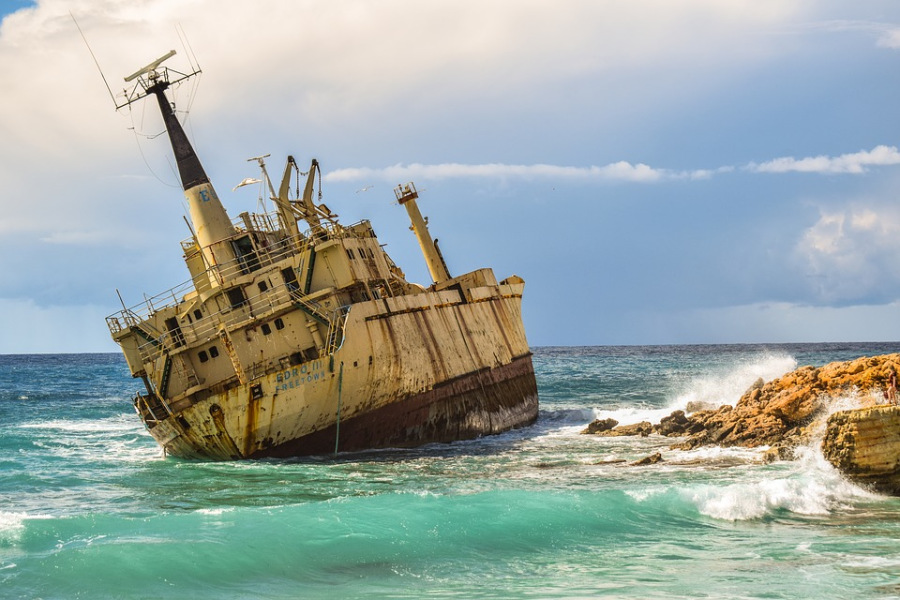 There seems to be a common factor in many of these cases of short sea ships running aground on their coastal passages after the officer of the watch has omitted to alter course at the specified time and place. Of course, there are mitigating factors in that they are manned by tiny over-worked crews who never get sufficient rest and who are urged by impatient owners to maintain impossible schedules. But invariably, as the inspector of marine accidents surveys the wreckage and interviews the crew, there will be, in the wheelhouse, a well-upholstered and posture-perfect pilot chair. Here would have reposed, in a questionable state of alertness, the exhausted master or mate, as their ship approached its date with destiny and shoal waters.

Time and time again, these ships come to grief, quite clearly because the person on watch is preoccupied, possibly distracted by paperwork, a gripping film on the laptop, or most likely lulled into a state of comatose comfort by warm surroundings, the murmur of machinery, and that well-padded chair. I always recall the sad case of the mate of a ship rounding Cornwall some years ago, when according to the account of the wretched mate, the accident happened when he rose from his chair to alter course, his trousers became entangled in the footrest and he fell, striking his head on the console. He regained consciousness only to hear the graunch of the ship’s forefoot embedding itself in the fearsome, rock-girt coastline.

The ship was a total loss, the valuable cargo of automobile plastic for recycling strewn around the coast. Nobody, it has to be said, believed a word of the mate’s account. He was, we all said, just another victim of the dreaded pilot chair. To somebody who spent the graveyard watch trying to stay awake standing up, I could never understand how anyone sitting on these things could fail to fall fast asleep just seconds after sitting down.

“You would try and stay alert by opening all the windows, marching up and down, or drinking endless cups of coffee while chain-smoking.”

In our admittedly lavishly manned Commonwealth liners, our wheelhouse would invariably be equipped with a pilot chair. These had no resemblance to the effete and over-stuffed furniture of the future – you should perhaps think instead of an umpire’s seat in a rather down-at-heel tennis club. They were usually made of solid teak or mahogany, with alertness rather than comfort their sole purpose, with a single step to give the pilot or master a bit of helpful elevation so he could see over the bow.

It was also dinned into your brain from your first day as a first-trip apprentice that this seat was reserved for the exclusive use of the pilot or the master. Under no account would the officer of the watch, no matter how exhausted he might be, ever sit down on the pilot chair in its place at the back of the wheelhouse. You just never would contemplate such a thing and would try and stay alert by opening all the windows, marching up and down, or drinking endless cups of coffee while chain-smoking.

There was a terrible tale circulating in the fleet about one of its most irascible masters – a character who liked to sack all his officers at least once a week – paying a surprise visit to the bridge and finding the third mate sitting in the pilot chair. His rages were legendary, but this was a command performance and after shouting incoherently at the wretched OOW for a full ten minutes, he seized the heavy teak chair, dragged it out onto the wing of the bridge, and with an effort of superhuman strength, hurled it into the sea.

“It’s the ships themselves that get wrecked.”

The ship was a couple of days out from Panama and the master, when he had somewhat simmered down by the cold light of day, realised that the Canal pilots (At that time the Canal was run by the United States.) would positively insist upon a pilot chair to ease their joints during the lengthy transit through the fabled waterway. Accordingly, the ship’s carpenter was summoned and told to provide a replacement in double quick time.

The chippy was not known for his craftsmanship on this vessel, and had no positive opinion of the captain, and moreover, time for any sort of fancy woodwork, was short. So he found an old crate that had contained engine-room spares and a rather ropey messroom chair. Using steel brackets, he fastened the latter on top of the former. Cleaning off the oily smears and sanding the more obvious splinters, he and a couple of ABs dragged the curious construction up the ladders to the bridge, in the nick of time, as the vessel slowed at the Cristobal anchorage.

The sequel, a topic for endless exaggeration in accounts around the fleet, was entirely predictable. A few hours later, the vessel was approaching the first set of locks, all hands alert and at their stations, when a terrible crash and accompanying screams were heard from the wheelhouse. The helm and engine orders were coming thick and fast and a huge, fat, and ill-tempered pilot was wedged into his “pilot chair” when the crate under the chair gave way.

It wouldn’t happen today, with these expensive bits of ship furniture. On the other hand, it’s the ships themselves that get wrecked.