FEATURE | Badly out of tune 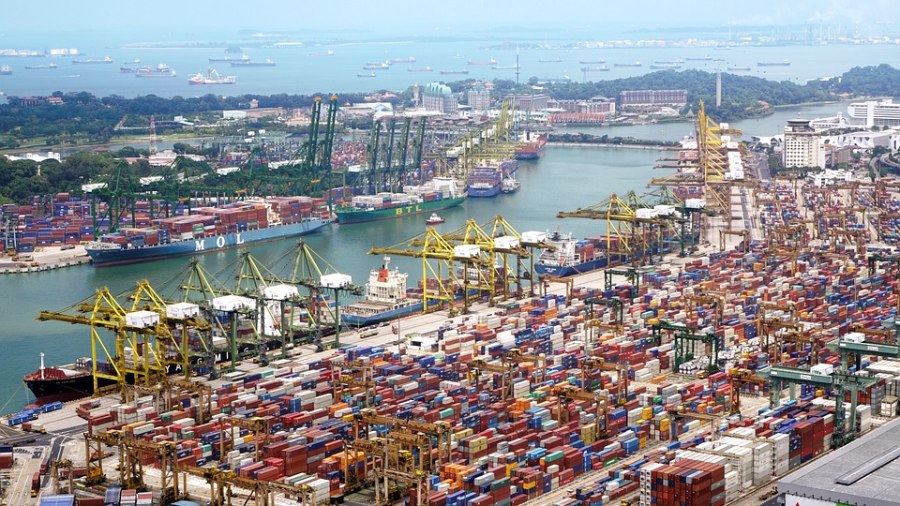 It is funny how different items of news mesh with each other. COP 26 is over, thank goodness and the thousands of delegates have jetted off to their homelands, leaving a heavy smell of jetfuel over Argyll, but what we are learning to call “the supply chain problem” remains. A queue of big containerships is a permanent feature outside ports in the US, Asia, and to a certain degree, Europe. And now there is angst about the exhaust fumes from the massed fleets of big ships either lying to their anchors, or steaming around in circles, waiting for a berth to become available. It is, so activists around the ports aver, a reprise of the “diesel death zone” crisis, a term which Californians used to draw attention to their air quality. Nobody ever dared to suggest that the deaths might be contributed to by obesity and a lack of exercise.

It is quite difficult to know what sea carriers ought to be doing. They can hardly shut down their generators and wallow around like dead ships with all the lights out, or dawdle across the Pacific with the machinery barely turning over, because they have to go like the clappers to get in the queue in the first place.

I was talking to a former stevedore about the problem and he was adamant that none of the difficulties were being caused in the ports, which have been getting rather too much flak from stupid politicians and ignorant people who rage about their Christmas goods not expected to turn up until next Easter. He has no hesitation in blaming accountants for the mess we are in, because of a whole generation of financial folk who have turned against the idea of carrying any stocks of absolutely anything.

“It was all about unit costs, said the number crunchers, pointing to the wonderful logic that told them a 23,000TEU ship could actually make them a profit, where two 12,000TEU ships would not.”

You can see what he means if you go to your supermarket and finding an empty shelf, ask the manager if the missing item might be available “in the back store-room”? Once upon a time the manager would despatch a minion to rummage around in the cardboard boxes and at least 50 per cent of the time he or she would have returned triumphantly. Today, you are wasting your time even asking because the stuff barely draws breath between its arrival on the truck and its being put on the shelf. There isn’t a store-room either as that would have been defined as non-earning space. It was all part of the fashionable “just in time” philosophy, that saw so much storage space and warehouse volume scrapped.

It worked pretty well, just as long as every link in the logistics chain performed as required. The raw materials that fed the manufacturing process arrived just when they were needed, and the finished goods were stuffed into a container and instantly carried to the port for a speedy sea crossing, minimum dwell time in the arrival port and fast despatch to their ultimate destination. What could possibly go wrong, with ports equipped with amazing cargo-handling equipment, speedy and reliable ships and on land, all the trucks and barges and trains that were needed to keep the system purring along?

Before we even get into pandemics and their effects, we might throw a little of the blame for the eventual mess on the sea carriers, who were persuaded by their accountant-infested managements looking at their awful results to build colossal ships. This was not an incremental increase that could be coped with by any energetic port management, but ships with a capacity up to a third bigger than the ships they were replacing. It was all about unit costs, said the number crunchers, pointing to the wonderful logic that told them a 23,000TEU ship could actually make them a profit, where two 12,000TEU ships would not.

“There was no elasticity in the system, because that was seen by the all-seeing bean-counters as ‘waste’.”

It seemed a great idea, but ports and inland carriers, which had honed their systems around a certain steady throughput through their terminals, suddenly found that they were overwhelmed one minute and idle the next. There had to be somewhere to put these huge shiploads before the trucks and trains and barges could take the stuff away. A terminal that could see a box off its premises in just over three days now saw this time double. Congestion suddenly raised its ugly head.

Then came the pandemic and its resultant chaos that exacerbated all the problems of “supersized” ships tenfold. And one feature that became manifestly clear was that the pre-pandemic system was so finely tuned for its optimum performance that the smallest glitch could have widespread effects that quickly became global. There was no elasticity in the system, because that was seen by the all-seeing bean-counters as “waste”. So when some factory in the depths of a continent had failed to empty its boxes in time for them to be taken away for use by somebody else, the consequences, like the draught from that butterfly’s wings, would be felt far and wide.

You might argue that everyone has been doing their utmost to restore “normal service”, but the fact is that the conjoined problems of insufficient storage, not enough land transport, and a vast demand for post-pandemic consumption have defeated the best of intentions. Now, with universal disappointment, everyone is looking for someone to blame. There is rage about sea carrier’s profits, anger about perceived poor port performance, and a good deal of ignorance about the continuing effects of Covid in Asian logistic systems. People living on the coast are now complaining about the sea air having a whiff of fuel oil about it.

Now there is a lot of talk about “on-shoring” and not relying on the manufacture of your widgets on the other end of a 12,000-mile sea route. Like the consequences of all those COP26 “pledges” in Glasgow, nobody has quite worked out what that might mean.

Reprinted with permission from The Maritime Advocate.