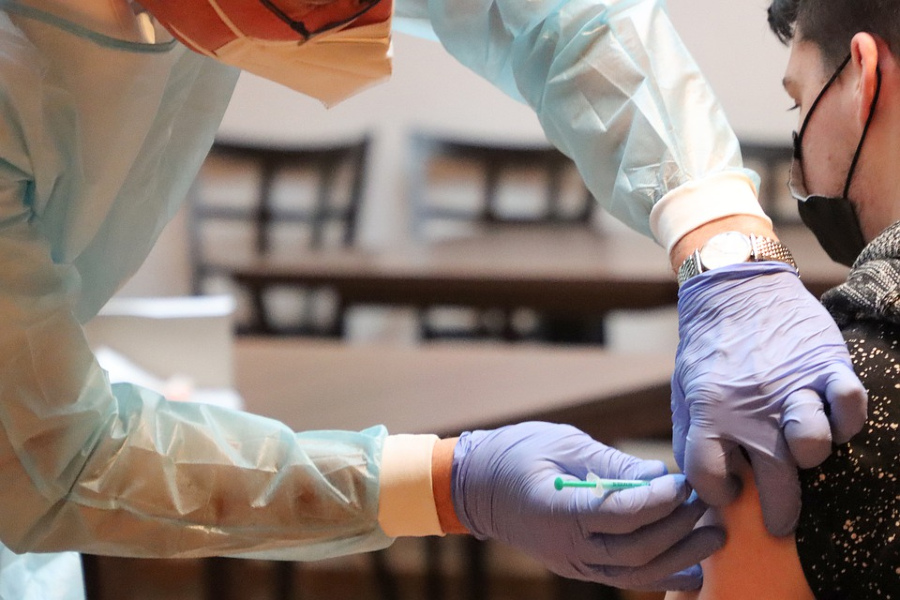 Just for a change, there is some good “pandemic news” for seafarers, care of the Royal Belgian Shipowners’ Association. The Belgian government has put in hand a scheme under which roving vaccination teams will board ships in their country’s ports to provide protection for those aboard the ship, regardless of their nationality. They will be using the Johnson and Johnson single dose vaccine, which has obvious advantages to this itinerant workforce.

It’s a big step, not least because it has been what the seafaring workforce have been asking for during the last six months or so, since effective vaccines have become available. They are by no means universally available, and especially so in those places from where most of the world’s seafarers originate. So this is an example of what is possible, if the will is there and the Belgians, with some very large ports in their small nation, must be congratulated for their enterprise, with the teams beginning their roving on July 26.

It may be impolite to say such things, but the Belgian initiative might serve as an example and shame some other governments and agencies that have clearly dragged their feet on this important issue. Despite urgings from the various maritime institutions, from the head of the World Health Organisation and the Secretary General of the IMO, to make seafarers a “special category” of worker for vaccination, it appears to have been so much easier to ignore the needs of this international, over-the-horizon workforce. It is never hard to construct some bureaucratic obstacle, especially when you are dealing with somebody else’s nationals, who don’t have either a collective voice, or votes.

“It is not difficult to erect obstacles that make the lives of seafarers difficult, while salving one’s own conscience with these insuperable obstacles.”

We have seen no end of official buck-passing, from bureaucrats suggesting that it is the responsibility of the countries from where seafarers originate to organise their protection, even when everyone knows that these are developing nations with insufficient resources to protect their shore-side citizens. The maritime employers have then appeared in the firing line, with politicians suggesting that it is their responsibility to ensure that their seafarers are vaccinated. Flag states have mostly stayed below the horizon, although Cyprus has said that it is prepared to jab seafarers on all ships of the Cyprus-flagged fleet. This is clearly a good start, although perhaps provoking accusations that this is a marketing ploy in the competitive world of ship registration. Who knows, it might persuade some of the other big open registers to follow suit, and that would not be a bad thing.

There is also the recurring problem (endlessly repeated by the nay-sayers) that likes to cast doubt on the validity of vaccines that have been undertaken elsewhere. How do we know the vaccinations were “approved?” How can we be sure that the certification is not a forgery? It is not difficult to erect obstacles that make the lives of seafarers difficult, while salving one’s own conscience with these insuperable obstacles.

If the will is there……. It is notable that the cruise companies, which are desperate to start earning money after their long enforced sabbatical, are moving heaven and earth to get their thousands of hotel staff, sourced from all over, properly vaccinated. They know that they cannot afford to do otherwise as they start up and try and recover the confidence of their clientele. It is something of a contrast to the rest of world shipping, which has gone feeding and fuelling the world even though their less privileged crews continue to struggle to find proper protection, shore leave, transits to and from their ships, and some modest understanding from those they have kept fed and fuelled.

“We must hope for the best that this is just the start of something big.”

The Belgian statement put it admirably. “With the vaccine, we are offering seafarers the certainty that they can carry out their profession under its unique circumstances in a safe manner, and that they are able to travel smoothly and securely to foreign ports”.  There are some other countries, notably the US and Germany, where there have been schemes to make vaccination available to foreign seafarers, but the Belgian initiative, taking the vaccine to seafarers aboard their ships, is one that seems to tick all the boxes.

Talking of box ticking, there is no absolute guarantee that some box-ticking bureaucratic blighter, in some inadequate country, will decide that the Belgian documentation is inadmissible. In the complicated world of the international seafarer official bloody-mindedness, like heavy weather, come with the trade. But we must hope for the best that this is just the start of something big.