COLUMN | Smoke gets in your eyes [Grey Power] 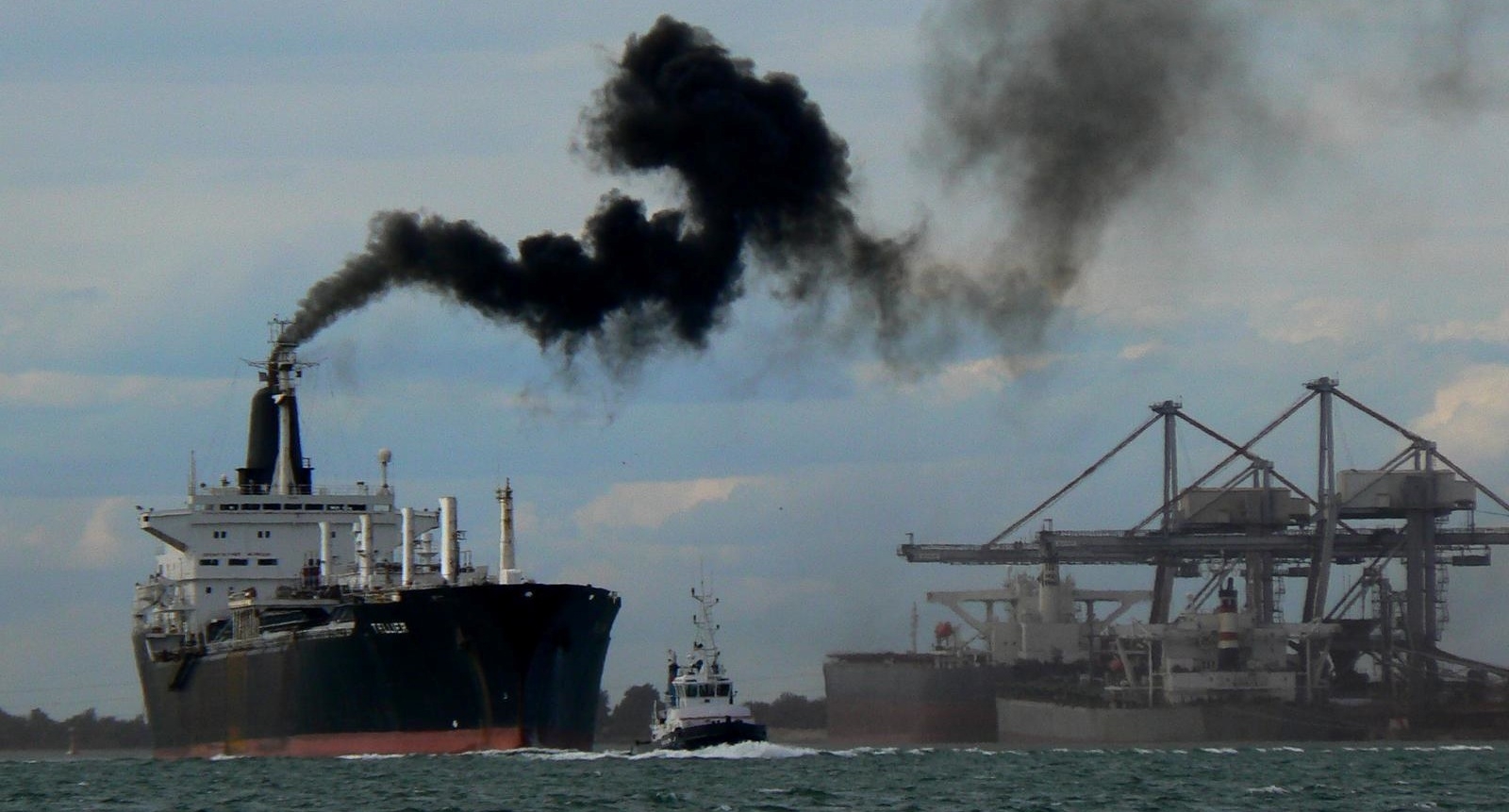 More than half a century ago, with the ship alongside in Brooklyn, I witnessed a confrontation between a uniformed official, packing a side arm, and our Chief Officer. The Mate had been the first officer he had seen, on stamping up the gangway and he was angrily complaining about the plume of black smoke emanating from our funnel.

This heinous crime had broken a local byelaw and the official appeared to be anxious to march the Mate ashore, at gunpoint if necessary, to face summary justice.

It was eventually resolved, not least because the donkeyman, who had been blowing through the donkey boiler tubes in the engine room had finished this routine task and the air above the funnel resumed its clear complexion. The ship, which was a diesel driven vessel, was probably let off with a warning, and the donkeyman would have been told firmly by the Second Engineer to blow his tubes after dark.

It seemed somewhat ironic in what was then a singularly filthy part of the city, the air heavy with industrial smoke and diesel fumes from the trucks, to be picking on us. But I suppose a ship, and a foreign one at that, was an easy target. Some things never change.

That was decades before the terrors of man-made global warming had been recognised and the Californian professor had given us the pleasantly alliterative “diesel death-zone”, but maybe said something about changing public attitudes to the air we breathe.

And now, all those years afterwards, the whole marine industry is gearing up to implement its own “clean air policies” as part of a whole range of environmental regulations clobbering us almost simultaneously. The vesting date for the sulphur cap requirements is only fifteen months away and there are still shipping company managers agonising about whether they should bite the bullet and fit scrubbers, or just simply pay the hugely increased bill for low sulphur fuel.

If they opt for the former, which sort of scrubber should they install and will it be possible to buy the things in time? Will it be possible to find a repair yard to do the work, with the ship out of service, with the shortest possible downtime? And if they read the technical journals assiduously, they may have been alerted to the various warning signals coming from various parts of the world about potential local restrictions being placed on various sorts of scrubbers.

China, for example is believed to be contemplating a coast-wide ban on open-loop scrubbers in their waters, which rather removes the justification for fitting them, if a voyage to that part of the world is a possibility.

Plenty of other countries will almost certainly be framing their by-laws accordingly; on the basis that clean water is every bit as valuable as clean air. These laws may all be different, providing people who manage ship operations with a sort of patchwork quilt of regulation that is almost impossible to reconcile.

It is also worth remembering that there are huge numbers of un-cooperative ports around the world which either refuse to receive a ship’s oily wastes, or charge unreasonable sums for their reception facilities. Are they going to be doing much the same for the wastes from scrubbers, in whatever form these materials are delivered?

So if you eschew scrubbers on the grounds of all these various unknowns, opting for low sulphur blended fuel, there are also clouds on the horizon, not, on this occasion, caused by polluted air.

It will not have escaped the notice of the observant that much of the clean-air policing is going to take the form of sampling of ship’s bunker tanks to validate their compliance, following an inspection of the oil records. That would be fine if we could be assured that the fuel that is supplied is always exactly that specified, and that sampling methods and testing can be relied upon.

Fuel blending, at least that for marine fuels, is not well regulated in many parts of the world. And while aviation and most fuel for landside operation (at least in the developing world) can be expected to be close to its specification, that for ships’ bunkers seems far more of a hit and miss affair, bearing in mind the numerous cases of engines being damaged by bad fuel, regularly reported by P&I clubs.

“It is a post-sulphur world the marine industry must embrace”

It scarcely seems to be a system that lends itself to trouble free ship operation, once the port state control officers (armed with new powers and wearing their sulphur caps?) come marching aboard.

It has already been suggested that these regulations will amount to a heaven-sent opportunity for administrations always on the lookout to levy fines on visiting ships, to generate useful income from their own dubious bylaws and corrupt policing systems.

“Captain, you are in big trouble” says the official, bearing some spurious document from a local laboratory which has been testing the bunker samples. Who would bet against such a situation arising all around the dodgiest waterfronts?

But it is a post-sulphur world the marine industry must embrace, like it or not. But incidentally, let’s not see so many of these published pictures of ships with smoking funnels, which are mostly caused by engineers blowing their boiler tubes. Half a century after our confrontation in New York, they still have to do that, if they are to avoid nasty fires.