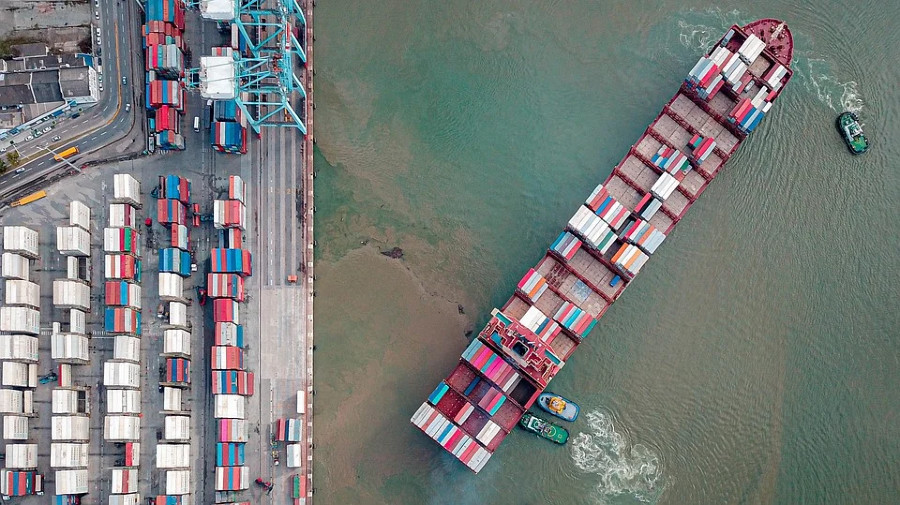 It is difficult to remember a time when it is so easy to find an excuse for chaos or inefficiency. It is pretty easy to blame somebody else too, whether you are unable to get anyone to answer a telephone or looking to lock down a population. Covid-19 is the catch-all that can be employed for everything from unreasonable bureaucracy to simple stupidity and it is going to be difficult to adjust to something else, when it has gone away.

Covid, we are told, is responsible for a world shortage of containers, although this is completely fictitious as there are more than enough to go around – it is just that they are all in the wrong place. It has been blamed for shippers failing to take their boxes off the dock, and when they have emptied them, to fill them up and send them back. Covid has laid waste to legions of road haulers who haven’t got enough drivers for all the road transport to move the wretched boxes to and from the choked-up terminals. Shortages, congestion, chaos can all be laid at the door of this beastly virus.

It can be blamed for an upsurge in marine accidents, as seafarers who have been working for months beyond their contract duration fall exhausted at their controls and bump into other ships and shoals that happen to be in the way. If you probe sufficiently, it will probably be revealed as a cause of some 1,800 forty-footers hurling themselves off the containership ONE Apus into the Pacific, if the crew were so tired they failed to check the lashings. The roots of a marine accident can be many and varied.

“Shipping is no longer an adventure – it is just long-distance trucking, but over oceans.”

It has been interesting to see the furious blaming and shaming that has been cast around by shippers and consignees whose cargoes haven’t turned up this year for the Christmas surge in retail. Covid, Brexit and Christmas, port inefficiency, ship operators’ lousy scheduling and everyone’s failure to work during lockdowns were cited in a double page spread in a UK mainstream paper the other day. Nobody ever says to themselves, “Well, maybe I should have ordered my shipment a bit earlier this year” – easier to rage after the event and your consignment has been sitting in a crowded anchorage off the arrival port for a fortnight.

It is a function of our “just in time mentality”, with people accustomed to logistic chains as tight as a salvor’s towrope, and the fact that accountants have convinced us all that stocks are an unnecessary cost. We are told that there is not enough warehouse space available – why, ask the accountants, would you build it for the occasional surge in demand? It is so much easier and infinitely cheaper to leave the goods in a container on the dockside.

There is a blind faith in the precision of modern marine transport, which has grown to ignore the delays caused by storms, poor visibility, simple breakdowns or all the other problems that may assail a marine adventure. Maybe that is half the trouble – shipping is no longer an adventure – it is just long-distance trucking, but over oceans.

“It’s funny how the word ‘inducement’ has been excised from the liner shipping vocabulary.”

Shippers, without a doubt, are better organised and infinitely better at complaining when things go wrong with transport and trade. Ship operators, by contrast, like to keep their heads down and it doesn’t always help their cause, while the shippers’ organisations rage about their manifold failings. They are now being accused of rank profiteering and abuse of their position because of all those “blanked” sailings, when the pandemic was in its first frightful throes. Their customers now seem to suggest that they should have been keeping their advertised schedules, even though they didn’t have any cargo to carry and they have even persuaded competition authorities to become involved.

It’s funny how the word “inducement” has been excised from the liner shipping vocabulary.

Ports, with ships parked outside them, are being accused of rank under-investment, which is a bit rich in the circumstances, when you consider all the vastly expensive dredging and crane-building that has gone on around the world to accommodate these monstrous ships. The fact is that most operations can cope with the anticipated peaks and troughs in trade – the Christmas surge, the Chinese New Year shutdown, holidays of various kinds and even prolonged periods of adverse weather.

But the imbalances caused by Covid, which saw industry shut down as the disease spread across the globe has been something else and will take some time to even out. It is probably as well to just buckle down and get the boxes turned around, rather than looking for somebody to blame. Mind you, the next person who fails to answer their telephone “because of Covid” will get a flea in the ear.