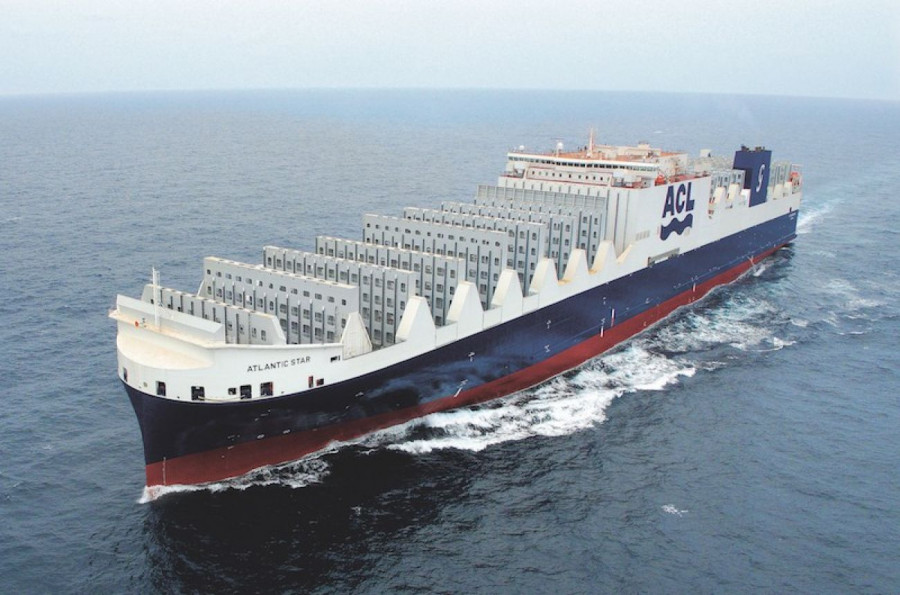 Containerisation is about sixty years old, but we are still having arguments about who is responsible for the securing of the deck stacks. We were debating the subject when the first containerships were about 1,000 TEU and had boxes stacked two high on the hatchcovers. There are still full-scale arguments about the responsibility when we have stacks that are 24 boxes across and ten high on deck.

You might suggest that it is merely a continuation of the disagreements that used to arise in the days of break bulk cargoes, when ships’ crews used to get into all sorts of trouble for taking off the deck cargo lashings before the ship arrived alongside, to speed the discharge.

But then they also used to do a lot of lashing work when they discovered that the lashings put on by the shore side were inadequate, and the cargo was threatening to move. There was, then, no question that both seafarers and shore workers were equally capable of securing the cargo – they had both been trained accordingly. The argument revolved around rights and not safety.

This is not the case with the lashing of container cargoes, as this shouldn’t be part of the work of those aboard the ship. It is specialised work and with the incredible growth in ship sizes and stack heights, it is dangerous work without the proper equipment. There are regular deaths and injuries involving seafarers lashing and unlashing containers.

Just a couple of months ago a second mate fell off a slippery stack into an icy river and was never seen again. Just watching people doing this work, it is obvious that it is not a job for the faint hearted. Height, confined spaces and the weight of the lashing bars all make it a very dangerous occupation.

It also seems strange that sixty years after the first boxes were being lashed down with lashing bars not obviously very different to those in use today, nobody has come up with a system that does not involve having to work at dizzying heights, with these cumbersome lumps of metal with twistlocks that won’t twist or turnbuckles that refuse to turn.

In port, where specialist lashing gangs are employed, there is a range of safety measures to keep workers safe. At sea, the seafarer trying to do the job is on his or her own. They may well be paid for this job, and it is a valuable addition to their wages, but this is not the point.

Safety is the main thrust of the argument that is changing the rules, and an agreement between maritime employers and the International Transport Workers’ Federation will prevent seafarers from lashing duties, except when no shore labour is available, from the beginning of next year.

You might suggest that the fact that several hundred containers are lost over the side every year would indicate that the existing lashing arrangements are incapable of doing a proper job, with losses from very large ships even more frequent than those off smaller feeders. But if you consider the forces that are exerted on the lashings on a big ship rolling heavily in a seaway, and the fact that the ship itself flexes with this movement, the lashings have a great deal of work to do.

So why don’t more owners use above deck racks to continue the guides right up to the top of the stack. Some, like the big Atlantic Container Line vessels working filthy weather in the North Atlantic do just this and boast that they never lose containers, despite the regular pounding these ships take.

Like most things it comes down to money and time. Those loading and discharging these ships may never have the problem of lashing, but the operation of the ship-shore gantries is handicapped by the racks extending into the air. Digging into the holds on the offshore side of the ship, the crane driver has to raise the box to its full height before traversing the breadth of the ship.

Without this obstruction on deck, the loading and discharge can be far faster. But then frail human beings have to wrestle with these wretched rods in rain, snow and ice, at dizzying heights, so that the speed of cargo handling can be maintained.

Preventing ships’ crews from doing this work has involved quite a compromise. In most parts of the world, it won’t be as cheap to use shore lashing gangs as it was to employ the crew of the vessel. And instead of many ships coming alongside with the lashings off and the cranes able to instantly dig out the container cargo, there will be a hiatus as the shore side team prepare the ship for the discharge.

We already have terminals struggling to turn ships around with monster vessels and container exchanges that seemed unimaginable just a few years ago. There will be a new regime in many ports that will take time to get used to and perhaps the turn rounds will be slower and the port handling costs higher. But all those years after the first containers caused people on the docks a great deal of angst, we might get around to reaching a reasonable accommodation on this vexed issue. And the lives of some seafarers might just be saved too.