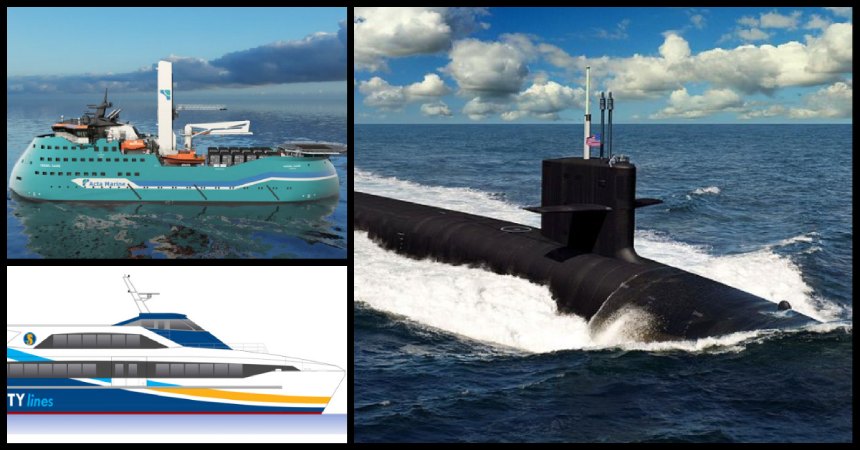 GE said the vessels are planned to be the first in the offshore wind sector capable of running on methanol and marine diesel/hydrogenated vegetable oil (MDO/HVO).

The vessels will also be fitted with GE Power Conversion’s energy storage and electric propulsion systems to reduce their carbon footprint.

The two new windfarm CSOVs will be used to support projects during the construction and commissioning of offshore wind farms, as well as to conduct maintenance work on operational wind farms.

Curtiss-Wright Corporation has been awarded contracts provide generators for the US Navy’s future Columbia-class submarines.

The contracts have a total value of approximately US$120 million.

The Columbia-class submarine will replace the fleet of Ohio-class ballistic missile submarines. The lead ship is scheduled to be delivered to the navy in 2027.

Liberty Lines’ ferries to be powered by MTU hybrid propulsion

The vessels are scheduled to enter service between 2023 and 2026. The construction of an optional nine additional ships is planned for delivery between 2027 and 2030.

The concept for the fast ferries with sustainable hybrid propulsion systems has been developed in collaboration with Liberty Lines, Armon, the Rolls-Royce business unit Power Systems, and the Italian ship classification society RINA.

The vessels will use different operating modes as needed. When in purely electric mode, they can enter and leave ports quietly and with significantly reduced emissions at a speed of eight knots; in hybrid mode, they can reach high speed in cruise mode when traveling across the sea whilst simultaneously charging the batteries by the two main engines and eliminating the need to operate the gensets for hotel load.

Liberty Lines will have the ability to continually remotely monitor the status of the complete propulsion system via an MTU remote monitoring system.

The ESS is used for hybrid or fully electric propulsion systems for marine, offshore and inland waterway applications alongside land-based industrial and renewable energy applications.

In March 2022, Shift received approval from the American Bureau of Shipping (ABS) for its ESS. In 2021, Shift confirmed its approval certification under new 2020 class rules for commercial vessel batteries set out by classification society DNV.