The new boat has an LOA of 17.8 metres, a beam of 5.4 metres, and a draught of 1.65 metres. The vessel features an aluminium hull with the improved seakeeping and performance of Southerly Designs’ offshore capable monohull boats and topped by a single level wheelhouse, an arrangement that is common for crayboats built for the South Australia rock lobster fishery. Dongara Managing Director Rohan Warr said the boat is the first to be built by the company specifically for that same fishery. The design nonetheless incorporates a number of elements that have proven practical in the Western Australia market.

The superstructure was manufactured from composites using resin-infused moulding techniques to deliver a high standard of finish as well as light weight and noise, vibration, and thermal insulation. The fish hold has capacity for up to 750 kilograms of live crayfish, and a custom basket/liner arrangement is also fitted in the crayfish tanks. 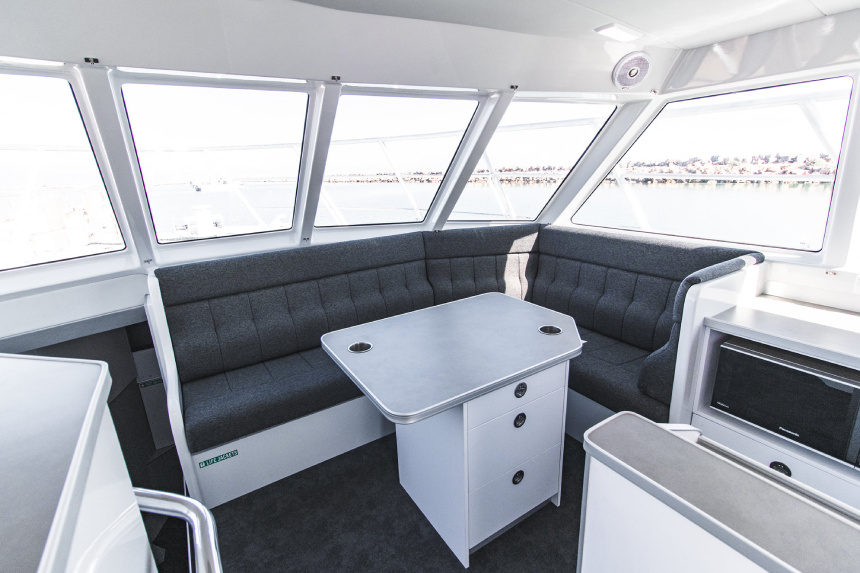 In addition to the helm station, the galley, and the mess in the wheelhouse, the onboard accommodation for three crewmembers is provided in compliance to AMSA NSCV AL 36-72 standards, which specifically outline berthing facilities required for small lightweight boats that stay out at sea for 36 to 72 hours at a time. This includes two berths in a forward cabin and an owner/master’s cabin with a queen-sized berth beneath the wheelhouse. 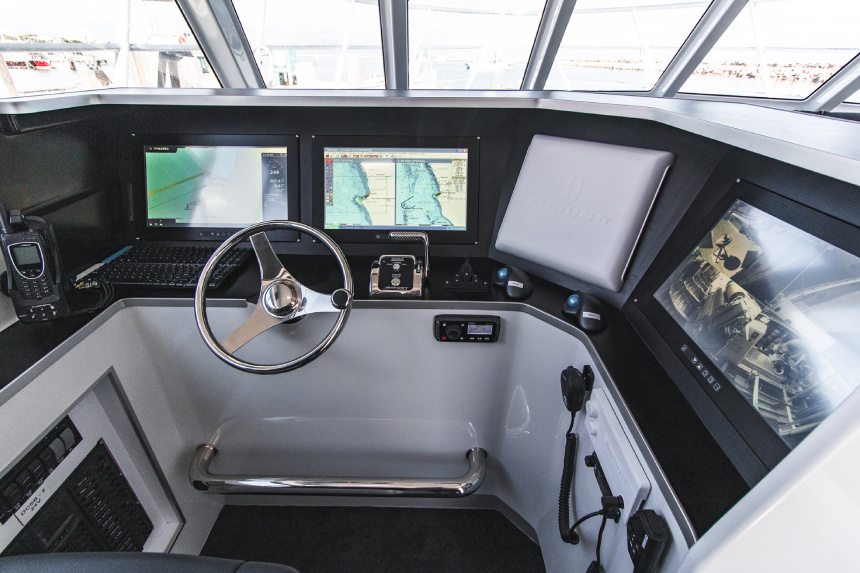 The wheelhouse electronics include a Furuno radar and MaxSea displays. These and other navigation and communications equipment were supplied by Geraldton Marine Electronics. The galley and mess station meanwhile also has space for a small refrigerator and a microwave oven to help sustain the crew when spending a day or two off shore. 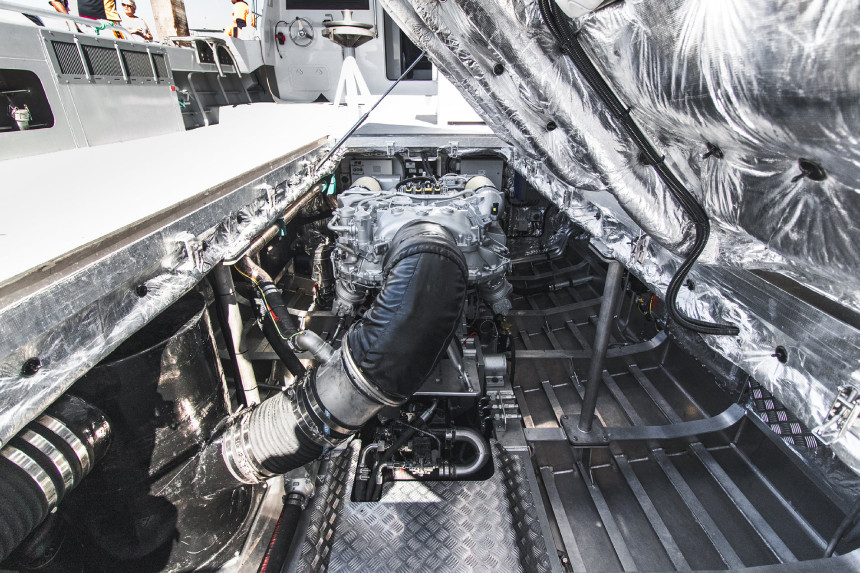 Power for the boat is provided by an MTU 8V2000 M72 diesel engine with a rated output of 720 kW. The engine drives a five-bladed, fixed-pitch propeller via a Twin Disc MGX5146A gearbox to enable the boat to sail at a top speed of 23 knots and a cruising speed of 18.5 knots. The total fuel tankage is 4,000 litres, which will allow for sustained lobster fishing operations off the coast of South Australia.

The construction of Raging Bull was completed in September 2021 and the boat was later delivered from Dongara’s yard in Port Denison to its new owners in Robe. The newbuild completed the delivery voyage under its own power.