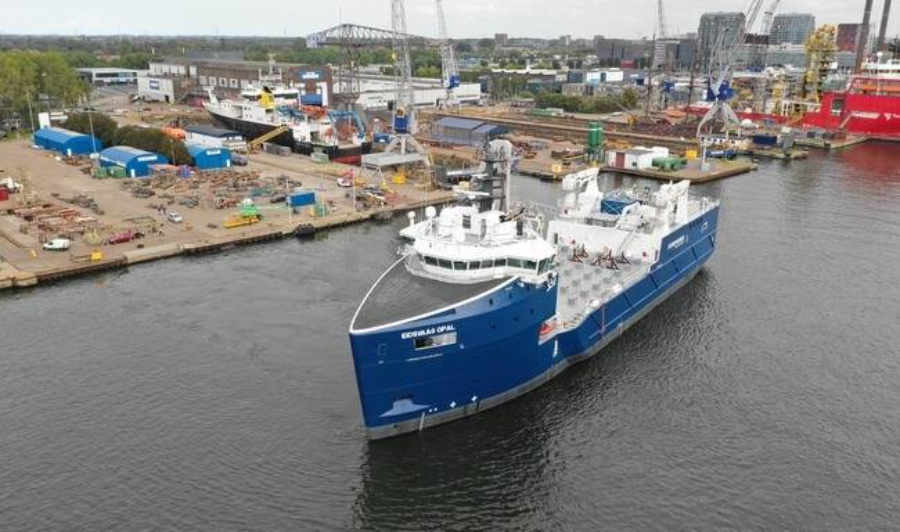 The work on the since-renamed Eidsvaag Opal was carried out by Damen Shiprepair Amsterdam. The scope included extending the hull length by five metres and inserting two new sections to provide additional cargo capacity as well as improve stability.

New equipment for a new role

The vessel is now equipped with 35 new silos and a huge hold to enable the transport of up to 2,800 tonnes of fish feed. Damen had also outfitted the vessel with five new cranes and a discharge system of conveyors, buckets, elevators, and a discharge arm. 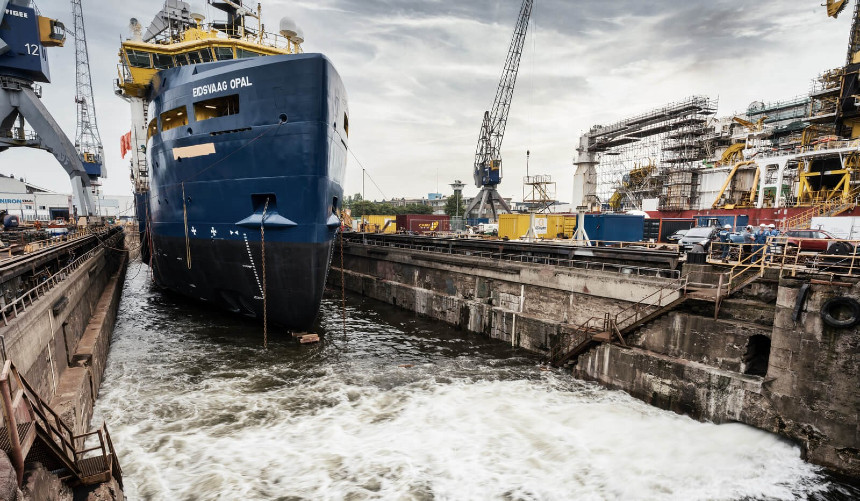 In total, FMJ pulled 51 kilometres of cable and connected 1,237 cables on the project.

The arrival of the Covid-19 pandemic had forced Damen to cease work on the project for one week in order to implement more robust safety measures. The company claims the project was nonetheless able to continue with minimum danger to health, with work being completed within 346 days.

By the forty-third week of the project, Eidsvaag Opal underwent its first loading in order to test its new systems.

The test involved the carrying of 180 tonnes of feed in the silos and 55 tonnes in the hold. The feed was then unloaded at a fish farm close to Tromsø, at which point the capacity and quality were approved by the product owner.

A week later, a bigger load of some 700 tonnes was transported for the second test. 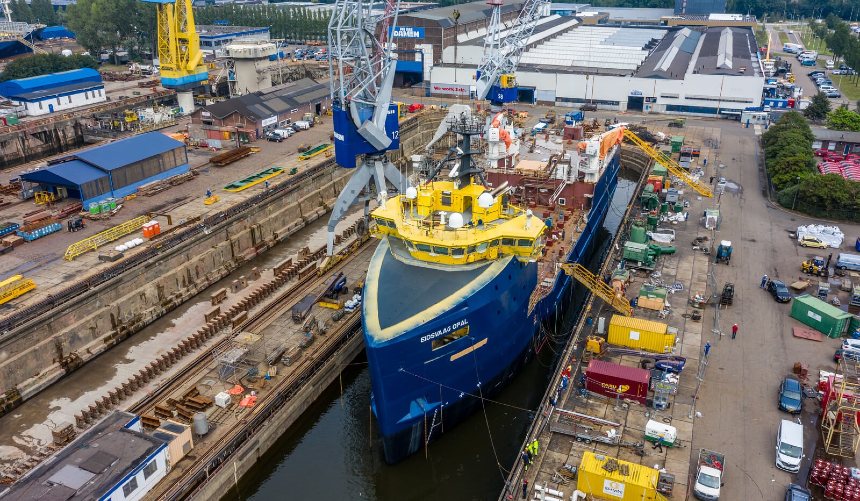 The vessel will operate in the Fjordfrende collaboration, which will be operated by Eidsvaag for Skretting and Cargill.

Ordinarily, Skretting and Cargill are competitors in the fish feed market, but are collaborating in outbound logistics.
The partnership is based on a number of horizontal logistics projects receiving funding from the European Commission with the aim of increasing sustainability and efficiency in the aquaculture industry.