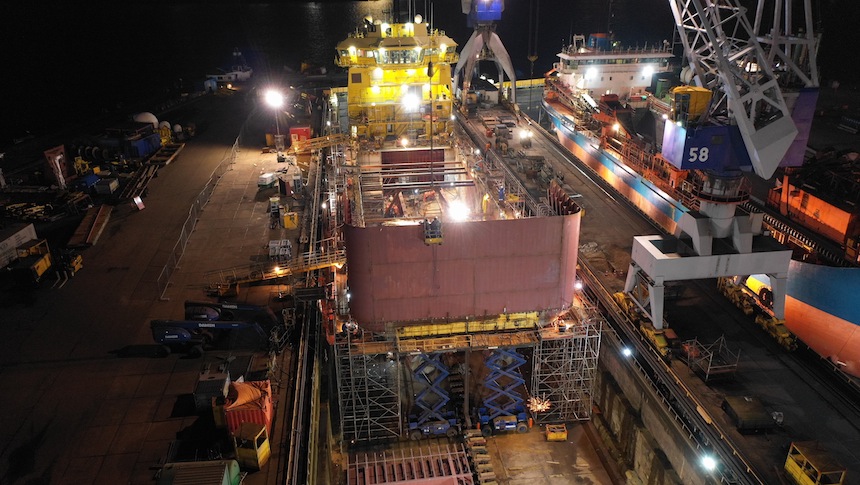 The former PSV World Opal, built by Damen Shipyards in 2013 for Norway’s World Wide Supply, is currently being converted into a fish feed transport vessel at Damen Shiprepair Amsterdam.

Once completed, Eidsvaag Opal will join the fleet of Eidsvaag Rederi, which transports fish feed from Skretting and Ewos factories to fish farms along the Norwegian coast.

NEdC: What drove the need to have World Opal undergo conversion from a PSV into a fish feed carrier?

EE: Eidsvaag has operated in this segment for decades and thereby established a good name in the market. In early 2019, Eidsvaag was successful in being awarded a joint logistics contract by two major feed suppliers – Eidsvaag needed to increase its feed carrying capacity within a stipulated time frame. 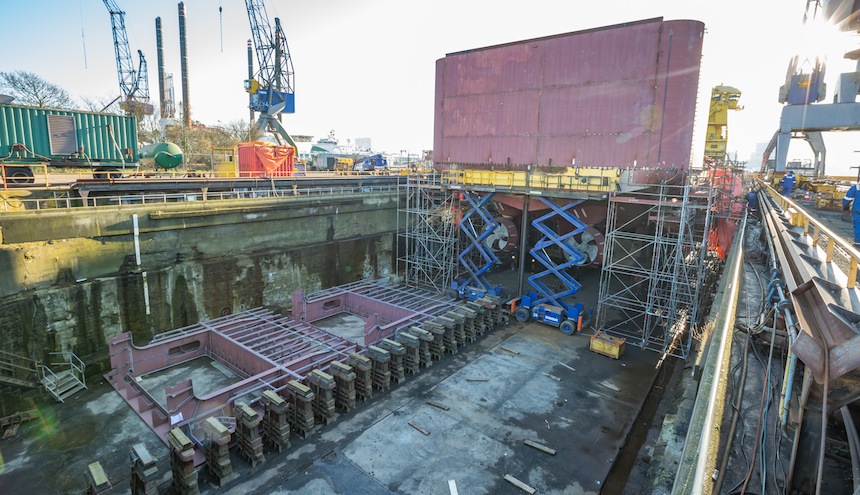 NEdC: Why did Eidsvaag choose to pursue this option over acquiring a vessel specifically designed for fish feed transport?

EE: The timeline for designing, purchasing parts and equipment and subsequently building a newbuild would not be efficient for Eidsvaag’s contract start-up. On the other hand, a conversion project could be completed within the time frame.

As surely most of the readers will know, the offshore shipping segment is in a really poor state. Ergo assets in distress can be acquired at a “reasonable level”. Having said that, I have no insight in the actual Capex involved in the purchase of the PSV but I have heard in the market what level the second-hand vessels were circulated at. So to get back to you question, it could very well be that both price and time was important factors. 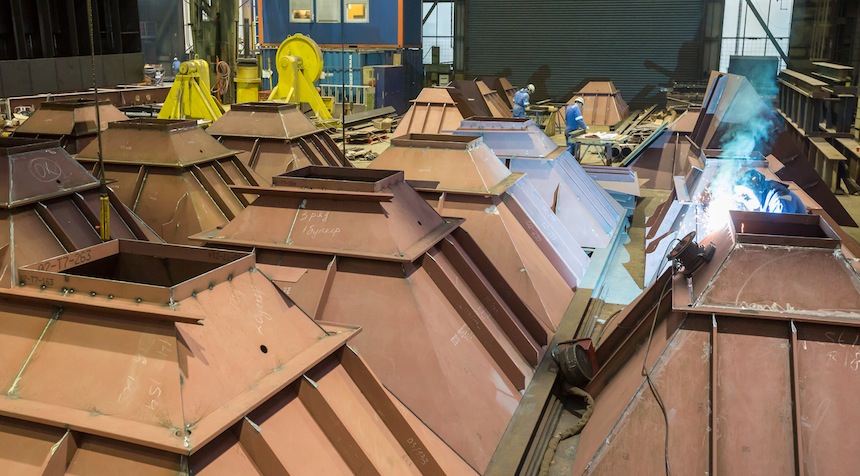 NEdC: How would the new vessel differ from other fish feed carriers in service today or from those vessels currently under development?

EE: The feed carrier market is not a big one, and I do not have first-hand knowledge of it. I believe some feed carriers may by converted coastal carriers. As far as newbuilds, I would not go as far as to say there is a segment, more tailored solutions whereas it is the pellet carrying capacity and means to load and discharge the same in a harmless way that is unique. It is hard to say, but it could develop into a purpose built segment in the future in the same way as live fish carriers.

NEdC: What new features and capabilities will the vessel possess once conversion is completed?

EE: The “payload” of the supply vessel (tanks/pumps/valves) has been removed to accommodate silos and a discharge system for the pellets as well as a cargo hold for big bags. 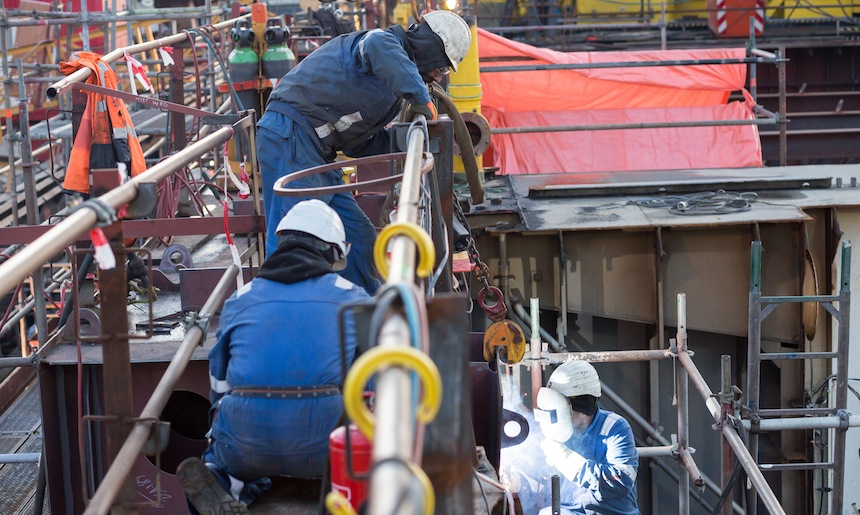 NEdC: Which of the vessel’s original equipment will be retained and why

EE: From the PSV all the manoeuvring capacity is maintained as well as the benefits of a diesel electric propulsion system. Furthermore, the accommodation and superstructure is larger than what you would normally see in this trade, which I think the crew will benefit from.

I have no indications that Eidsvaag is struggling to retain crew, but I know some owners are renewing fleets to have newer tonnage where the younger generation will thrive. I can also imagine that once delivered to Eidsvaag in Q2 this year, it will be a flagship in its fleet, drawing positive attention to the company, which Damen Shiprepair also sincerely hopes to benefit from.

Damen has already been approached by other entities about other conversion projects of PSVs so I am optimistic about the future of residual use of the distressed tonnage. 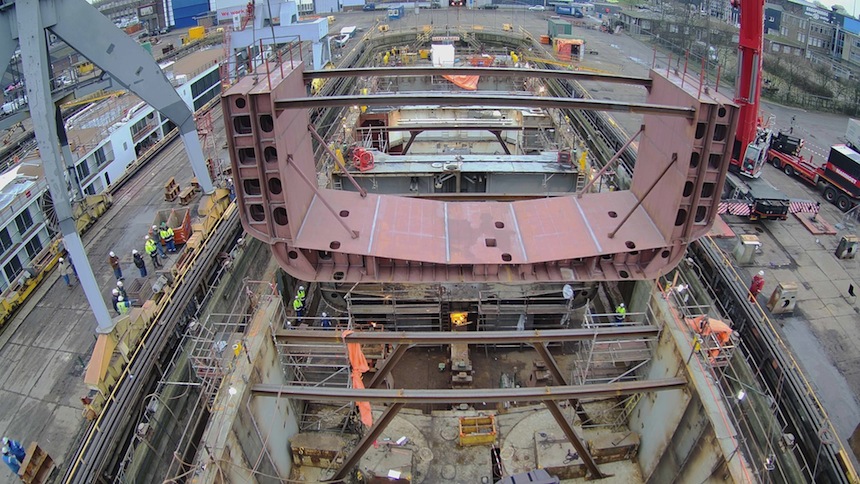 NEdC: Does the vessel’s original design make it easier or more difficult for Damen to carry out the necessary conversion work?

EE: Due to the height of the discharge equipment and the sheer quantity of cargo needed to be accommodated, we soon discovered that the standard ship would have stability challenges.

The hull has therefore been extended and spontoons on the side added. Cranes for moving “big-bags” will be fitted and an enclosed cargo hold constructed on the stern.

NEdC: How are challenges being overcome by the conversion team?

EE: The main challenge in this project has been the time schedule from day one. Other challenges were overcome by Eidsvaag contacting a third party engineering company to check feasibility, provide design and make sure the vessel is class approved, as well as supply production drawings from which our excellent conversion team in Amsterdam can base their efforts on, always aiming to comply with a very tight schedule. 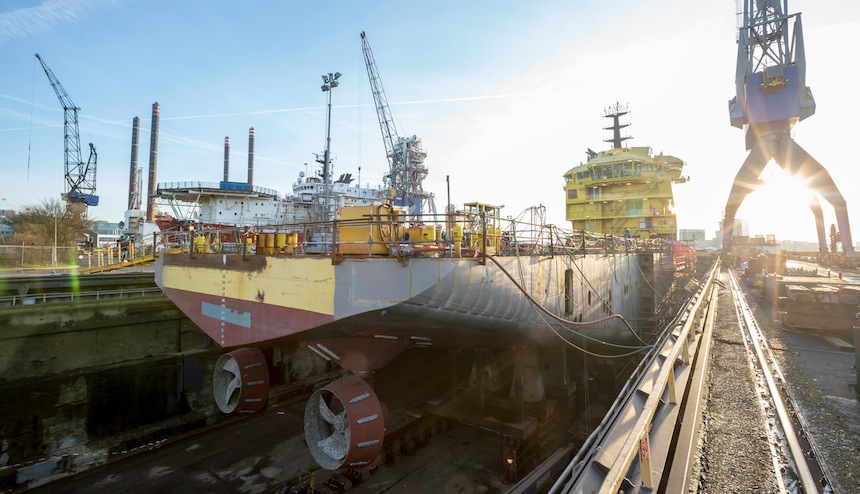 NEdC: What is the project’s expected timeline?

FvdE: The vessel is expected to be finished before the start of the next fishing season, before the end of summer. The work can be divided into three different phases, stripping existing structure/parts of the vessel; rebuilding of the vessel by means of adding length, and increasing beam and height; and the final outfitting of vessel. The vessel itself is docked in DSA’s dock number one. All steel sections are fabricated at Niron Staal, Damen’s specialist steel fabricator.

NEdC: What key lessons has Damen learned over the course of the conversion work? Could the work on World Opal serve as a model for future conversion projects on other types of vessels or even for newbuilding projects?

EE: Every conversion project is somewhat unique and so is the “buyer” of such projects. It is therefore difficult to form a model other than being able to identity the particular clients’ needs and draw on the experience and lessons learned from previous  projects. I think it comes down to the essence of sales – to listen to the client and to take that home and translate it into an opportunity.

NEdC: When is the converted Eidsvaag Opal expected to become operational?

NEdC: Will Damen and Eidsvaag be collaborating on other vessel conversion projects in future?