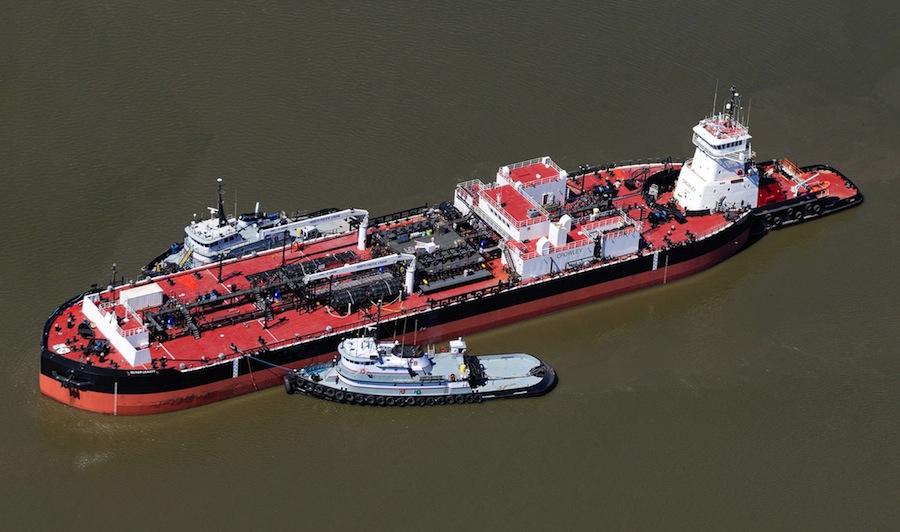 Crowley will operate the ATB for Alaska-based Petro Star, a wholly owned subsidiary of Arctic Slope Regional Corporation (ASRC), under a long-term charter.

The ATB is the first in Crowley’s fleet to be dedicated to the Alaska market. The barge is named Oliver Leavitt, in honor of ASRC’s former chairman and current member of the corporation’s board of directors, with the tug bearing the name Aveogan, Leavitt’s Iñupiat name. 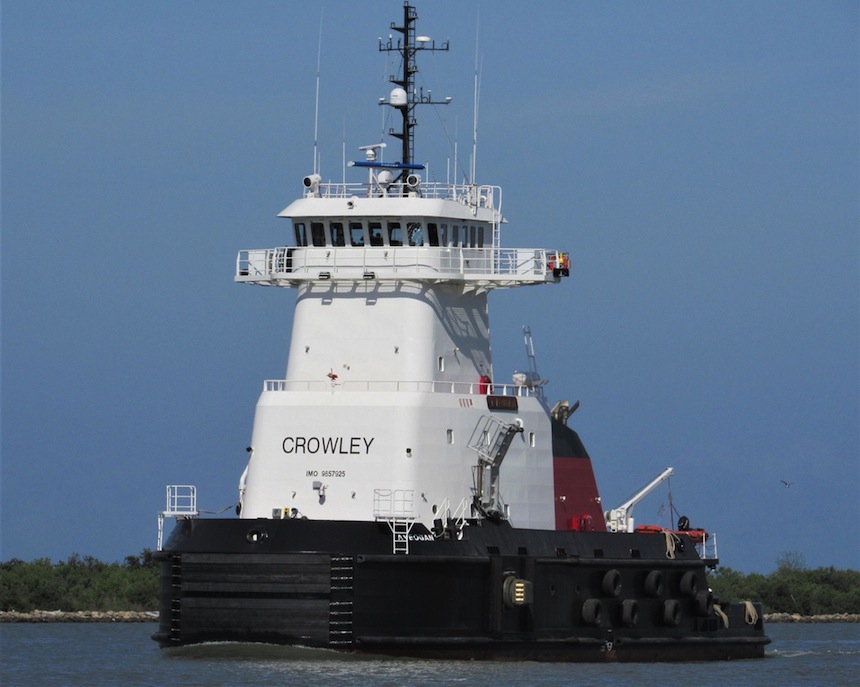 The ATB was designed and built to meet Ice Class and Polar Code requirements, which include increased structural framing and shell plating and extended zero discharge endurance. The double-hulled design also features a barge form factor to achieve high-cargo capacity on minimal draught.

The tug has Azimuthing drives to enhance maneuverability, and an Intercon C-series coupling system with a first-of-its-kind lightering helmet. She is fitted with two GE 8L250 main engines that meet the US Environmental Protection Agency’s Tier 4 emissions standards. The generators on the tug and barge meet EPA Tier 3 and IMO Tier II emissions standards.

In addition, the ATB features a patent-pending closed loop, freshwater ballast system whereby the tug’s ballast will be transferred to-and-from a retention tank on the barge to account for fuel burn. The design has been approved by the USCG and will eliminate the need to discharge tug ballast water into the sea.

The tug is equipped with a fire monitor and foam proportioner, providing off-ship firefighting capabilities to the barge. The barge is also outfitted with spill response gear and a hydraulic boom reel with 2,000 linear feet (600 metres) of inflatable boom to support spill response efforts.

The ATB was designed under the Safety of Life at Sea (SOLAS) Convention and is classed with the American Bureau of Shipping (ABS). The vessel was built with enhanced features to benefit the crew, including 45-degree sloped staircases, interior sound deadening and dedicated heads in each cabin.