BOOK REVIEW | Doomed Before the Start: The Allied Intervention in Norway 1940 (Volumes 1 and 2) 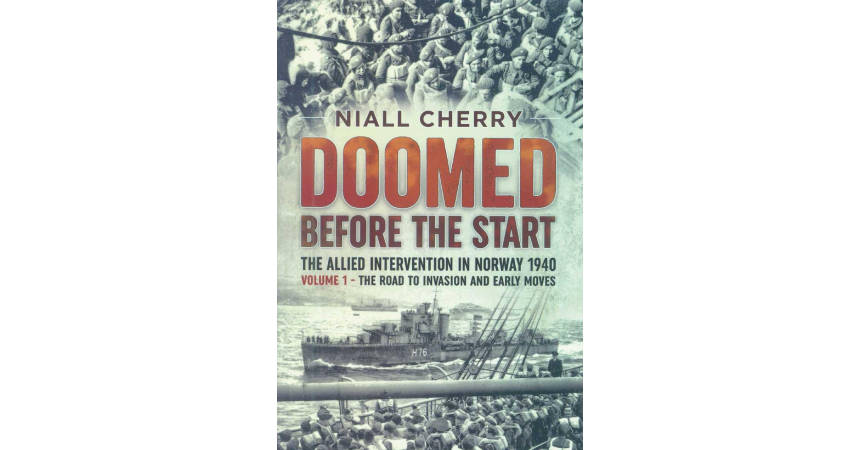 First, as an older reader who finds 660 pages of book a bit hard to handle, especially while lying on a sofa, your reviewer was delighted that this excellent book was divided into two manageable halves. So was the story.

How anyone managed to fight successfully in central and northern Norway in April and May 1940 is almost unbelievable to anyone living in a country with a “normal” climate. The snow, the ice, and the rain endured there would make anyone, even the reader, wish for some global warming.

The subject of the Nazi invasion of Norway in 1940 and the Allied response to it is generally well known now although it was obscure and largely forgotten until recently. Several books on the subject have been reviewed here over the past decade including, as recently as May, the excellent Narvik by Alex Buchner, published by Casemate. That gave the German perspective and that is very largely confirmed here.

Fighting near to and above the Arctic Circle in spring was not for the fainthearted. The conditions depicted in both books were appalling. The climatic privations far exceeded the best efforts of the enemy as far as both sides were concerned.

The title of this book is apt. The Allied force comprising British, Norwegian, French, Polish and Canadian troops and British, French, Norwegian and Polish warships never had any hope of victory. Too many of the troops were virtually untrained. The action was ill-conceived, badly planned, and inadequately equipped and supported. Combined operations were not well coordinated and the Royal Air Force was all but useless. Leadership was a mixed bag – some brilliant, some hopeless.

Unfortunately, it coincided with the Nazi blitzkrieg into France via the low countries and the Allies had bigger fish to fry there. Even more unfortunate was the fact that it was another disastrous and poorly planned amphibious invasion conceived by Winston Churchill, ironically almost 25 years to the day since his Gallipoli debacle. Fortunately, he learnt a lot from the second experience.

There were, however, many positives arising. Some of the Allied submarines, mostly British, were successful as were some Norwegian forces. The Nazi capital ship fleet was rendered almost completely irrelevant thanks to a combination of battle damage and irrational decisions on Hitler’s part. Many useful lessons learnt by the Allies here assisted in future amphibious assaults.

The author presents a very detailed – possibly too detailed –  and well-documented account of the action. He describes the gruelling conditions frighteningly well and his photographs have been well-chosen.