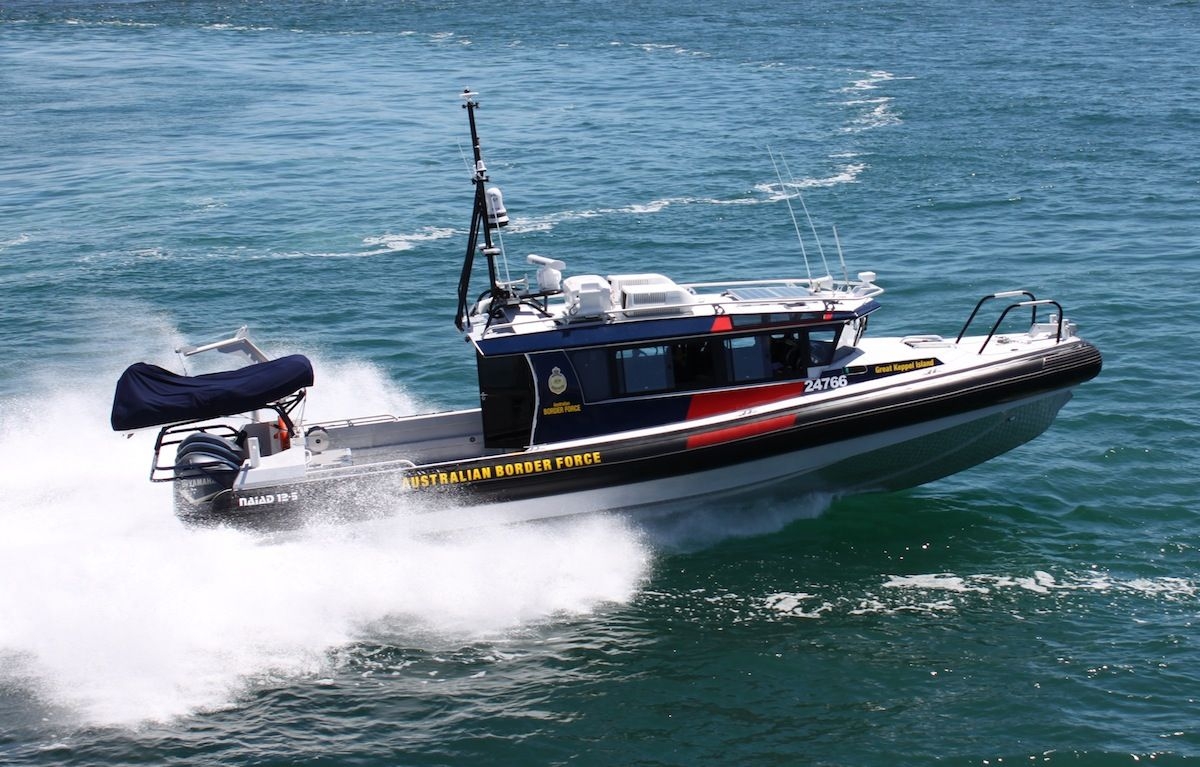 Yamba Welding and Engineering has delivered the first of four Naiad RHIBs to the Australian Border Force. Nominally 12.5-metre vessels, they measure in at just under the critical 12 metres.

Naiad made a detail redesign of the hull of what would be a heavily laden vessel for much of the time. Although designing with considerable speed in mind, the company settled on a non-stepped bottom.

It incorporated a notched bow and aggressively angled forward planing strakes. It is a hull that copes well with varied load-trim conditions as well as providing an exceptional ride.

The buoyant tubes are of D-section and foam rather than air filled, the choice of section allowing greater internal beam. Wider than normal side decks are mounted, yet allowing a tumblehome of 27 degrees thus minimising the risk of the aluminium structure contacting any vessel alongside.

The vessel will be stored out of the water on an air lift, and so the hull’s finish is clear coated below the tubes. Vinyl wrap from Planet Wrap coats the hull above.

The interior of the Naiad wastes no space at all, the wheelhouse in particular being a model of efficiency. Much design time was spent on it with the operators being key participants.

There are six Shockwave suspension seats to accommodate the crew and four of the permissible ten special personnel. The others, if carried, have unsprung seating in the cockpit.

The quantity of electronics carried is impressive – the number of aerials on the wheelhouse roof illustrates the size of the communications suite alone.

Working closely with the builder, EMS completed all of the electronic systems onboard Great Keppel Island. 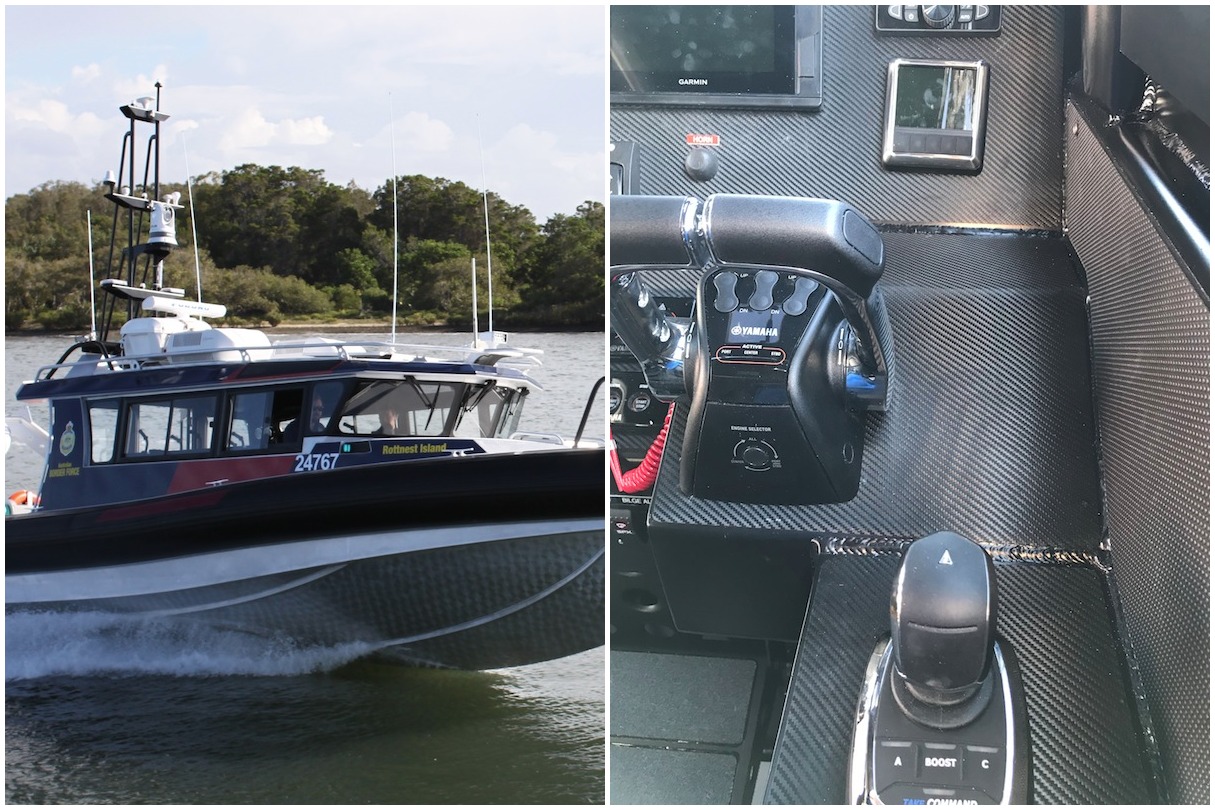 For the variety of nighttime patrol duties it may be called upon to perform, a new M400 FLIR multi sensor thermal camera was installed. It features various capabilities such as enhanced short and long-range detection up to six kilometres, and thermal and visible payloads, with LED spot beam equipped. It was integrated with the Furuno navigational system to enable accurate, hands free target tracking while underway.

Mounting the displays and controls within the space available ahead for the two crew members, minus the doorway to the forward compartment, and achieving this with logic, clarity and as much simplicity as possible, was a time consuming but successful task.

There was even room found for an adjacent traditional chart table. Illustrating the seriousness of the vessel’s function, the wheelhouse is also home to a weapons locker.

The vessel is nominally a day boat, but the crew has reasonable accommodation for any overnights that might be called for. The wheelhouse contains a basic galley, and part of the forward compartment – large as on most Naiads – contains a pair of bunks and a toilet. The remainder is for storage, of which a great deal is needed for specialised equipment.

Triple 350hp (261kW) Yamaha V8 outboards provide the vessel’s propulsion. This is good for 45 knots flat, with effortless cruising at 35 knots. At 30 knots, range from the 1,920-litre fuel capacity is 300 nautical miles plus safety margin. The electrical output from the three main engines is considerable, but is backed up by a six-kilowatt Kohler genset to satisfy the considerable electrical demands. 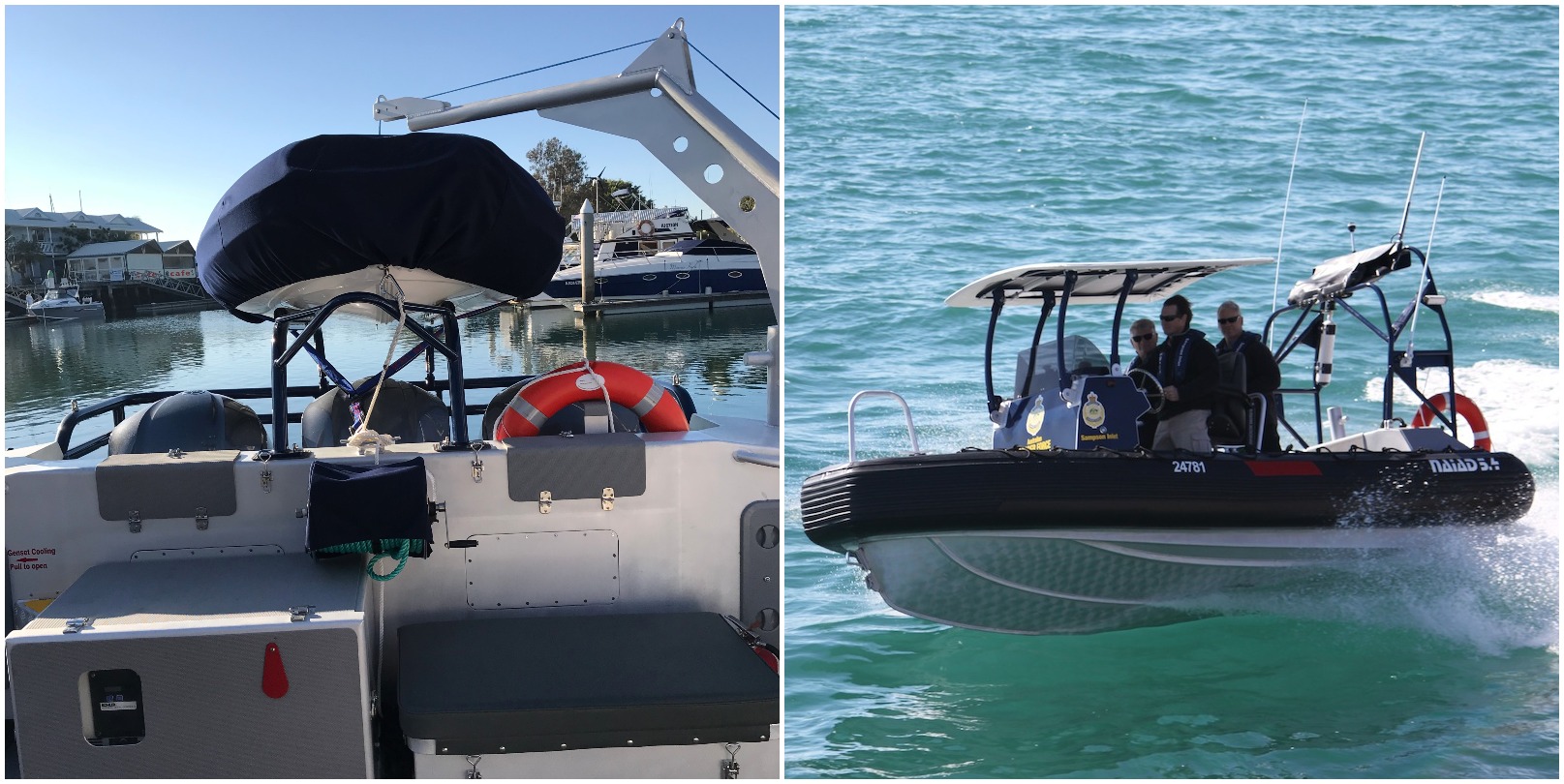 The cockpit, as well as providing auxiliary seating, is the physical working area. Vessel-to-vessel operations are launched from here, either direct boarding or via the tender. The tender is a 2.7-metre inflatable mounted on a cradle above the motors’ crash frame and deployed by a 200-kilogram davit. The cockpit is also home to a 120-metre tow reel.

Trials have been carried out in a wide variety of conditions, proving that this is a more than competent all-weather performer. Where in earlier days this would have meant the vessel holds together in those conditions, in our more enlightened times it also means a safer, more comfortable experience for the occupants.

This experience was effectively a buyer requirement. Reduced mental and physical fatigue is sought throughout the marine industry and Yamba has delivered it here, producing a vessel that performs as though it were substantially larger. 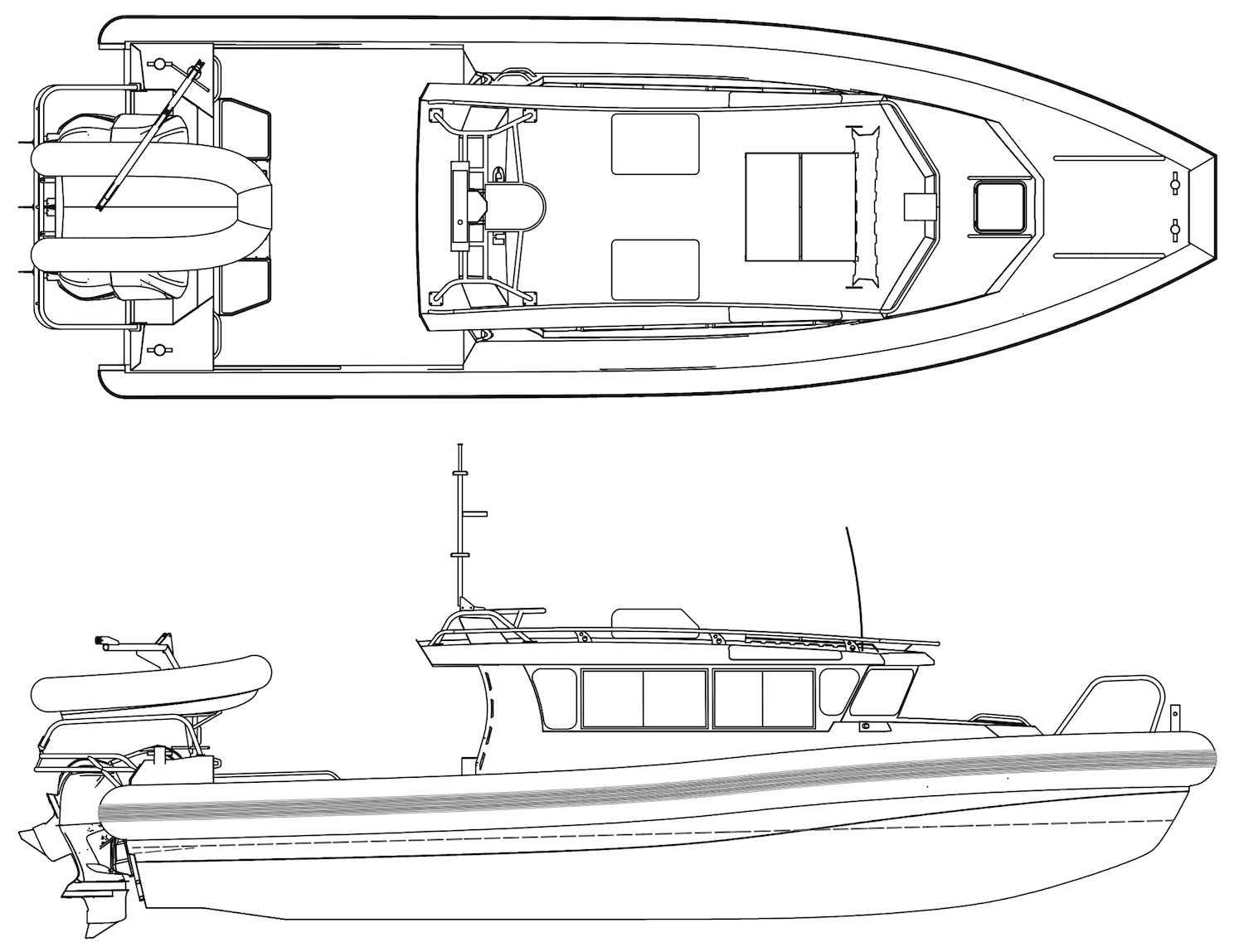