Who’s Who: Maritime Movements for November/December 2021

Ullbro joins Evac from Wärtsilä, where he has worked in multiple roles and continents over the past 13 years, the most recently as Vice President for the company’s energy business in Africa and Europe.

Mikko Juelich has taken over the position as Trade Director for Business Region Germany at Swedish ferry company Stena Line.

Juelich joins Stena Line with many years’ experience in the maritime sector. For the last five years, he was Managing Director of Container CSG in Luebeck, Germany. Before his time in container shipping, he held various positions at the ferry company Finnlines.

Juelich succeeds Ron Gerlach, who has moved to Stena Teknik where he will become the company’s Technical Director.

With reference to the announcement on a potential combination with the Passer Group and subsequent to the due diligence process, the Board of Directors of Oceanteam has advised that parties have mutually concluded to discontinue negotiations and not to pursue the anticipated transaction since final agreement on the underlying economics could not be reached.

The Board of Directors, in the best interest of Oceanteam shareholders, will continue the strategic reorientation process of the company and has asked Hans Reinigert to lead and manage the company during this process. As such, Reinigert has resigned as Board Member and has taken up the position as CEO, thereby replacing Henk Hazenoot, effective November 1, 2021. To ensure a proper hand-over, Hazenoot will remain with the company until January 1, 2022. 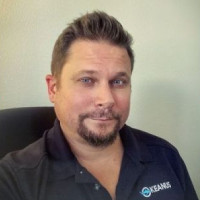 Okeanus Science and Technology has appointed Justin Tyra to the position of Engineering Manager. In this newly created role, he will be responsible for the overall operational performance of the firm’s design and engineering division.

Tyra brings over 17 years’ hands-on design, engineering, and operational management experience to Okeanus, over a decade of which was spent as a lead subsea engineer for various offshore operators. 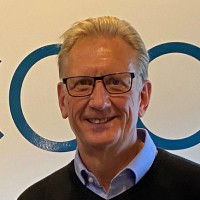 Ejner Brodersen is the new CEO at B COOL, a Danish specialist in refrigeration and HVAC systems for ships and maritime installations.

Brodersen joined B COOL on November 1, 2021. Palle Bendix, who founded the company in 2002, will remain in a management capacity but will focus his efforts on sales, development, and international collaboration. 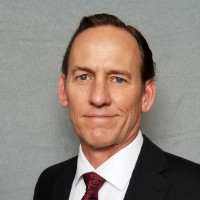 Based in Salt Lake City Utah, Wendel has served as Jōb’s COO for the past seven years and has now taken on the additional role of president. He holds a degree in mechanical engineering from the University of Utah.

Sembcorp Marine (SCM) has appointed Yap Chee Keong as an Independent Director of SCM with effect from December 8, 2021. He is also appointed as Deputy Chairman of the Board, and a member of the Board’s Executive Committee.

Yap previously served on the board of Singapore’s Accounting and Corporate Regulatory Authority (ACRA) and was a member of ACRA’s Public Accountants Oversight Committee. He was a member of the working group convened by the Monetary Authority of Singapore (MAS), Singapore Exchange (SGX) and ACRA to review the Guidebook for Audit Committees in Singapore, as well as the panel convened by MAS, SGX, ACRA and the Singapore Institute of Directors, which formulated guidelines for board risk committees. 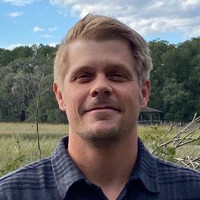 Manzer’s duties will entail supporting clients in EBDG’s broad portfolio of projects such as new vessel design, refurbishment projects, and concept studies. He has a diverse background in project management, shipyard experience, and service in the United States Navy. 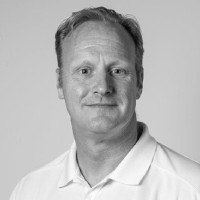 Tony Kelleher has been appointed as the Acting President of Volvo Penta of the Americas.

Kelleher has several years of experience within Volvo Penta in a wide range of roles and locations around the world. In his current role, he serves as the VP of Customer Support and Training at Volvo Penta of the Americas.

The recruitment of a new President of Volvo Penta of the Americas is ongoing.

Jan Pieter Klaver will start as the new CEO of Royal IHC on January 1, 2022. He takes over from Gerben Eggink, who fulfilled the role of CEO on an interim basis for more than a year and a half.

After his training as a civil engineer at the Technical University of Delft, Klaver started at Heerema. During his more than 25 years at Heerema, he fulfilled various (management) roles, including manager of the Heerema shipyard in Vlissingen. After being CEO of Heerema Fabrication Group for a number of years, he became CEO of Heerema Marine Contractors in 2009.

In 2017, he made the move to Kenz Figee, where until recently he was CEO.

With a career spanning four decades, Tydeman brings a wealth of industry and senior leadership experience covering shipbuilding, offshore projects, capital infrastructure, and mergers, acquisitions and turnaround operations. His appointment at the Port Glasgow shipyard will see him return to shipbuilding on the Clyde.

Tydeman started his career as a Lloyd’s Register surveyor at a Govan shipyard after graduating as a naval architect at Southampton University in 1976. He also has an MBA from Henley Management College.

He spent 20 years in the marine, shipbuilding. and offshore industries, including roles at Occidental; the American Bureau of Shipping; and Vickers Marine (now Rolls-Royce Marine) as director of global technical support and services for around 20,000 vessels.

From 2000, Tydeman secured a series of strategic leadership and executive management roles, including vice president at Cap Gemini, working on Network Rail’s acquisition of Railtrack; chief operating officer at AWG, leading on the sale of Morrison businesses; and CEO (building division) at Skanska, where he managed complex PFI contracts for schools and hospitals. 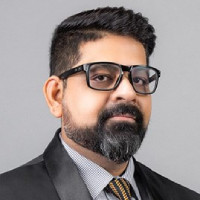 Hittesh Gupta has been appointed by BMT as Head of Casualty Investigation, Asia as the firm continues to strengthen its marine consulting services hub position in Asia.

With over 23 years of experience in the shipping industry, Gupta served on product and crude oil tankers and offshore oil and gas production units. He has worked extensively for underwriters and P&I clubs undertaking casualty investigations across a broad range of vessels and provided assessments of their cargo/seaworthiness.

The Institute of Chartered Shipbrokers officially welcomed its new executive leadership team at its most recent Controlling Council meeting.

Murphy is a Fellow of the Institute with over 30 years’ experience in international shipping working for both private and public sector bodies. He runs his own shipbroking firm based in Dublin and he previously served as a Director of the Marine Institute and also on the Board of the National Maritime College in Ireland.

Bernat brings 46 years of shipping experience to the service of the Institute. 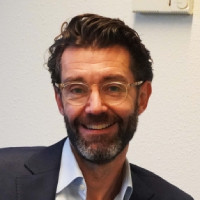 Nieuwenhuis brings a wealth of experience and skills in the fields of management, research, design and engineering to his new role. He acquired these during his years as Manager of the Design Department at Conoship.

Nieuwenhuis received a PhD from Delft University of Technology, where he was also trained

Besides his new role, Nieuwenhuis will remain responsible for the Design Department.

Erik Lewenhaupt will take over as CEO of Concordia Maritime on January 1, 2022. He succeeds Kim Ullman, who has informed the Board of his wish to step down as CEO and retire.

Lewenhaupt has a long track record in tanker shipping. He started his tanker career at Nordström and Thulin in 1996, and was later recruited to Stena Bulk, where he was tanker chartering manager in both Gothenburg and Singapore. His most recent position has been Head of Sustainability at Stena Line. 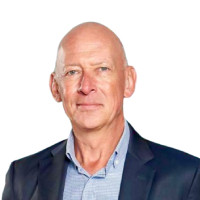 China United Lines has designated Lars Christiansen as its co-CEO.

Christiansen has worked as a senior executive in several international liner companies including Hapag-Lloyd, where he was Senior Managing Director for the company’s regional operations in Asia. He also previously held roles in UASC and Maersk.

International maritime law firm Hill Dickinson has promoted a number of associate lawyers to senior associate positions in its latest promotions round. The promotions are spread across shipping and maritime teams in the firm’s UK and international offices and took effect from November 1, 2021.

The Stream Marine Training Group has appointed Katy Womersley as the new Group Operations Director. She will take over from Colin McMurray, who is joining Forth Valley College as a director in January 2022.

Womersley was a deck officer before coming ashore in 2005 to join Clyde Marine Training (CMT) as an STCW instructor. Having secured a role in cadet training based on her industry experience and talent, Katy later became general manager at CMT. She then moved to Stream Marine Careers in 2020. 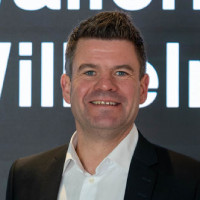 The Board of Wallenius Wilhelmsen has today named Lasse Kristoffersen as CEO. He will start in his new role no later than June 1, 2022.

Kristoffersen joins Wallenius Wilhelmsen from the role of President and CEO in Torvald Klaveness, a role he has held since 2011. Prior to that, he was Head of Specialised Dry Bulk activities in the same company. Before Klaveness, he worked for 11 years in DNV.

Kristoffersen holds a Master of Science in Naval Architecture and Marine Engineering from NTNU. 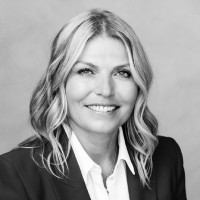 Hege Solstad recently joined Inchcape Shipping Services as Vice President Commercial for the Europe Region. She will be based in Oslo and will serve as a member of the company’s Europe regional leadership team.

Solstad brings with her a wealth of experience including, most recently, with the Liberian Registry and previously with Wilhelmsen Ships Service in Asia and Europe. 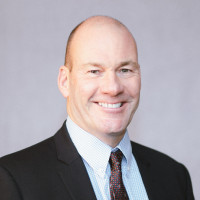 A former President of Weatherford’s Regional Operations has been appointed Managing Director of two of the Westerton Group of specialist integrity inspection companies.

Tony Branch, who has more than 30 years’ experience in the industry, will lead Westerton Access – a provider of subsea and topside inspection solutions – and the recently-launched Westerton SplashZone Integrity Specialists (WSIS), a company specifically formed to tackle the highly corrosive and problematic area immediately above and below the water line. The companies are part of the wider Westerton portfolio, which includes Westerton’s fishing and intervention service.

The appointment of Branch comes after Westerton UK launched WSIS, while the company has also expanded its footprint in the Middle East with new offices in Dubai.

Ports of Auckland has appointed Roger Gray as the company’s new Chief Executive Officer, with effectivity from April 4, 2022.

Gray has been Lyttelton Port Company (LPC)’s Chief Executive Officer since February 2020 and prior to that has worked at a senior level in large, complex businesses with a focus on the supply chain and logistics. Before joining LPC, he worked for Air New Zealand for 6.5 years. His last role was Group General Manager Airports. In this role he managed all ground handling and lounge operations at 55 airports around the globe. He has also held several senior leadership roles with Goodman Fielder, including Managing Director of Quality Bakers – New Zealand.

Gray holds an MBA, a Masters of Business in Integrated Logistics Management, as well as Bachelor Degrees in Economics and Arts.

Most recently, Rasmussen was Global Head of Research at Maersk Broker, a role he held for six years focusing on the main shipping segments; dry bulk, tanker, and container. Prior to that, Rasmussen held several different roles at Maersk Line, which took him around the world including postings in Japan, Singapore, and the United States.

At the Hong Kong Shipowners Association Annual General Meeting (AGM) held on November 24, 2021, Wellington Koo of Valles Steamship was elected Chairman of the Association. Koo succeeded Bjorn Hojgaard of the Anglo-Eastern Univan Group, who stepped down after completing his two-year term as Chairman.

While stepping away from his day-to-day responsibilities after 14 years as CEO, Stevens will remain a member of the GSA board of directors and GSA executive committee.

Perkins, meanwhile, joined the GSA as its COO in March of this year.