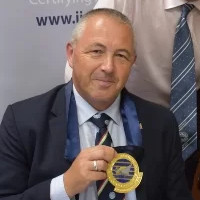 Peter Broad has formally taken up his position as President of the International Institute of Marine Surveying for a two-year term succeeding Geoff Waddington. Broad is a marine surveyor engaged in commercial shipping and based in South Korea.

A licenced lawyer, Fabia is also the founder and former President of PNTC Colleges, a local maritime education institute.

BC Ferries has appointed Joy MacPhail as Chair of the Board of Directors of BC Ferries.

MacPhail most recently completed a five-year term as chair of the Insurance Corporation of BC. She has also been a director of the boards of Delta Hotels and SilverBirch Hotels and served as chair of the Expert Panel on the Future of Housing for the governments of Canada and BC and was also chair of the Mobility Pricing Panel. 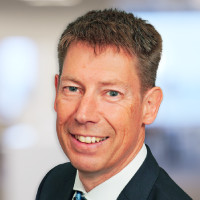 Stephan Claussen has been appointed Managing Director of Semco Maritime Germany effective August 1, 2022. He will be based in Semco Maritime’s new office in Hamburg.

Claussen has many years of offshore wind experience from the Baltics and the North Sea. He served as a Projects Director at engineering and consulting company Fichtner and Co, where he focused on offshore and onshore go-to-market strategy development and implementation in Germany, Poland and Taiwan as well as technical and commercial management of renewable energy projects. He has also been Head of Regional Major Projects at Siemens Gamesa Renewable Energy where he designed offshore wind turbines.

Claussen holds a degree in electrical engineering from the Technical University in Braunschweig.

The employees of the Eidesvik Offshore group of companies have elected new employee representatives as board member and substitute member to the Board of Eidesvik Offshore. Johnny Olson has replaced Tore Hettervik as board member, and Petter Lønning has replaced Johnny Olson as substitute member. Both Olson and Lønning have been elected for one year.

Eidesvik Offshore has also appointed Helga Cotgrove as Chief Financial Officer (CFO). She will join the Company on October 1, 2022 at the latest.

Cotgrove has more than 20 years of energy sector finance experience in various roles within M&A, strategy, tax, finance, accounting, and auditing. She comes from the position as CFO in Norsk Solar. Prior to this, she held a position as director of corporate development for Halliburton in Houston, where she was responsible for global M&A transactions. 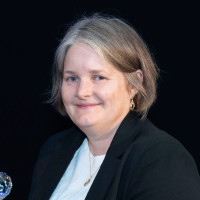 The Royal Institution of Naval Architects (RINA) has welcomed Catriona Savage, BMT’s Technical Assurance and Capability Director, as the new President of the institution.

Savage, who is Honorary Professor at University College London Mechanical Engineering Department, takes over the RINA Presidency from Maurizio d’Amico, who has served in the role over the last two years. 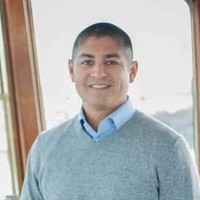 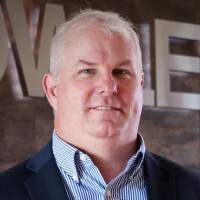 Crowley has appointed Bob Karl as senior vice president and general manager of the company’s new business unit, Crowley Wind Services. In his new role, Karl will lead the company’s wind services team in the strategic development and expansion of services to support the emerging wind sector.

Karl is a long-time energy industry leader, serving more than two decades in various global leadership and management roles at General Electric (GE), as well as other renewal energy and manufacturing roles. From 2011 to 2018, he was North American wind projects director for GE Renewable Energy and most recently served as chief operating officer of GE Renewable Energy Global Services since 2018. 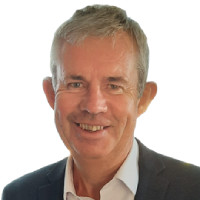 Prior to joining SeaBot Maritime, Brunton worked in a career that spanned defence and enterprise including 36 years in the Royal Navy. He is also a Chartered Engineer and a Fellow of the Chartered Management Institute.

Following his Royal Navy career, Brunton formed Adjuvo Associates, providing direct support on leadership, development and management of complex programmes and their associated strategies. This included advising the Canadian Government on its National Shipbuilding Strategy and the Australian Department of Defence as part of an Expert Advisory Panel. He is also an independent advisor to the Finance, Risk and Audit Committee of the Royal Navy and Royal Marine Charity. 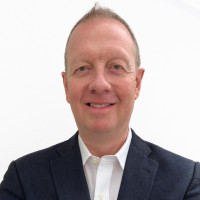 Hughes holds a BSc (Hons) in Manufacturing Systems Management. He joins Shift from the consulting and data-analytics business he co-founded. Based in London, UK, he will be joining Shift’s leadership team and will be responsible for overseeing the overall operations of the company. 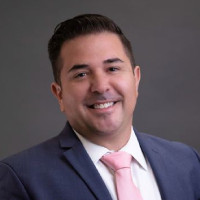 ABS has appointed Miguel Hernandez to head its offshore division.

Hernandez has more than 18 years of experience in the oil and gas industry, including expertise in global strategic account management, offshore sales and business development. He holds a Bachelor of Science in Mechanical Engineering Technology from Texas A&M University and a Master of Business Administration from Rice University.

Girardin previously served as Senior Vice President for Short Sea Lines Europe and Containerships at CMA CGM, which he joined in 2013.

Girardin holds a Master’s in Management degree from ESCP Europe and an Executive MBA from INSEAD. 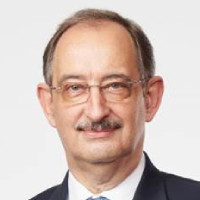 The Board of Directors of Pacific International Lines (PIL) has appointed Lars Kastrup as the new Chief Executive Officer (CEO) the company.

Formerly Co-President and Executive Director since March 2021, Kastrup has over 30 years of experience in the shipping industry, holding leadership positions including CEO of NOL/APL and various senior positions in CMA CGM and Maersk.

Kastrup has been with PIL since July 2020, when he joined as a Senior Advisor.

Richelle Luther and Katy Coba have been nominated by Oregon Governor Kate Brown and confirmed by the Oregon State Senate as the two newest commissioners of the Port of Portland.

Luther is Senior Vice President, Chief Human Resources and Corporate Affairs for Columbia Sportswear Company. Coba is Chief Operating Officer and Director of the Oregon Department of Administrative Services, and works with the governor’s office, state agencies, the Oregon State Legislature, and stakeholders to manage the enterprise of state government. Previously, Coba served as the Director of the Oregon Department of Agriculture. 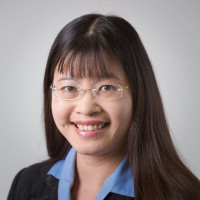 With effect from August 1, 2022, EeLain Ong has taken over as Chief Financial Officer (CFO) of international freight transport and logistics insurer TT Club.

Ong is a graduate of Hull University and is a Chartered Accountant (FCA). In addition to roles at re/insurance providers, she also had experiences as a regulator, an auditor, and an M&A corporate financier. 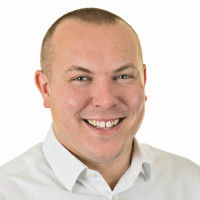 Dynes started as a graduate trainee with ABP Southampton over a decade ago, later managing port security and operations for almost five years before joining international specialist port terminal operator Solent Stevedores in 2014. As Operations Director, Tom has been responsible for Solent Stevedores’ Southampton business unit, which comprises seven terminals and over 100 full-time employees.

In his new role at ABP, Tom will lead the planning and activity of all landside operations, with responsibility for teams including stevedoring, port planning, cargo handling and support for specialist operations including cruise.