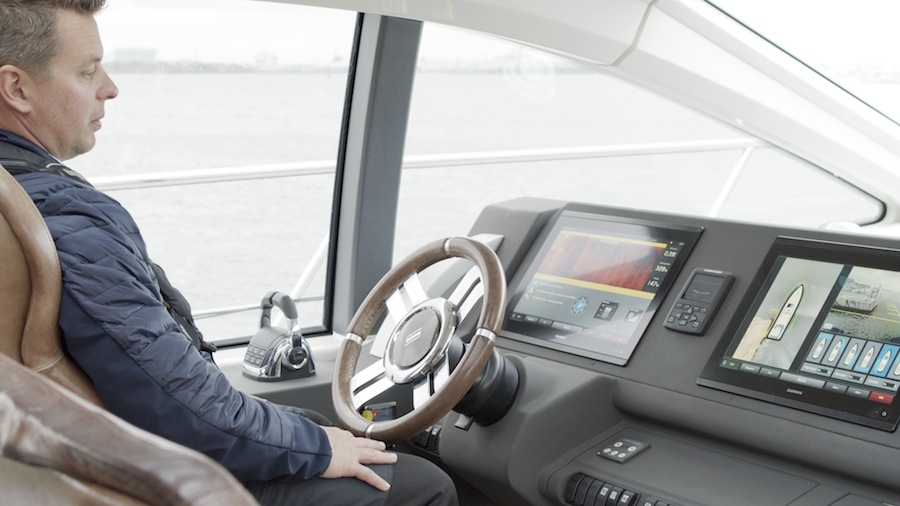 Since the live demo of its self-docking technology, Volvo Penta has received input from a wide range of stakeholders on how to evolve the concept. Based on this input, new functionality has been developed in the form of assisted manoeuvring – taking the first step on the journey to full automation.

It’s been almost a year since Volvo Penta unveiled its self-docking concept. In a live demonstration a 68-foot yacht fitted with the technology automatically manoeuvred itself into the tightest of docking berths.

“The self-docking demo gave us an opportunity to engage with a wide array of stakeholders,” explained Anders Thorin, Product Manager Electronics, “Reflecting on their input strengthened our convictions that there is a big interested in functions that assist boaters, not only fully automated docking but also driver assistance for all kinds of situation.

“Boaters want technology that can assist in tricky manoeuvres and help hold boats still in the water without the need to manually compensate for movement of wind and current. A feature like this would help boaters move through crowded or narrow paths, and pass locks or prepare to dock.”

Taking this onboard, the company has decided to take a stepwise approach to self-docking technology.

The first step is to make it easy with functions that assist in the docking process. This new assisted functionality is based on integrating existing technology together in a new way. The aim is to make it easier to avoid any potential obstacles using camera functionality, giving the driver to get a view of what is around in the water. (Think of a camera inside your car that helps to parallel park and back up.)

This stepwise approach towards full automation will also give the sensor technology additional time to mature and adapt to the marine markets and give customers and builders time to develop trust in the technology.

The first step – the assist phase – is currently in the development stage and set to be launched in 2020.

“This will involve few new components, mostly software enhancements that help existing systems work in a more integrated manner,” said Thorin. “This software will utilise the functions of Volvo Penta’s unique inboard performance system (IPS) joystick and dynamic positioning system, to make an assisted docking/manoeuvring functionality. It will also be possible to combine new functionality with camera surround view functionality to give boaters a better view – and leads the development into the second step – the avoiding phase.”

How the assisted system will work

The dynamic positioning system’s ability to make the boat “stand still” in the water is a function that has been available since 2009. It’s now being refined so that it can be used in very close quarter manoeuvring. The new approach will help the driver by integrating it more effectively with the joystick functionality so that the boat will move in the exact direction and heading required, stop, and hold position when not moving the joystick. This effectively eliminates the challenges of the boat drifting and being difficult to get to move in a straight line.

The new system will also assist the operator in terms of visibility. With the help of cameras mounted around the boat the system can show a bird’s-eye view of the boat and its surroundings in the “glass cockpit” display. 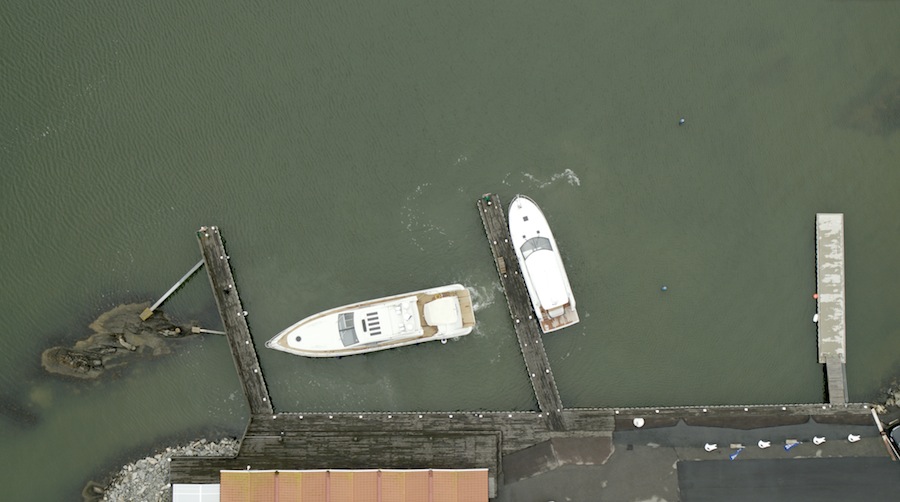 We were lucky enough to view this technology in person in Gothenburg. Four sensors on the dock provided a one-point-redundant triangulation capability. It is still very much a work-in-progress, and is limited in poor conditions, but it remains a very interesting development to follow.

Baird Maritime Managing Director Alex Baird was a guest of Volvo Penta in Gothenburg, Sweden, for a day of presentations, product unveilings and test drives.