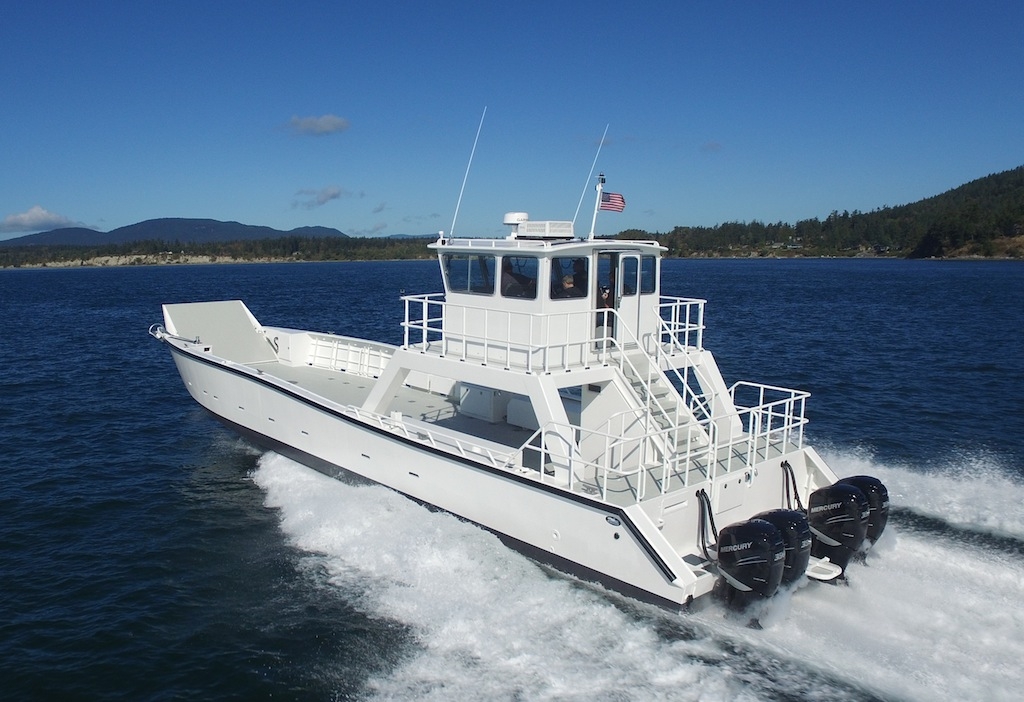 This latest Munson Boats creation is 72 feet (22 metres) in length, and has found a home transporting heavy equipment, fuel and crews around the massive Palm Jebel Ali near Dubai.

She joins another Munson landing craft that had been delivered previously and impressed the owner so much that it had to have a second. As with the previous vessel this craft features a shallow draught and a bow ramp that make her ideal for running around the massive construction project.

The cargo deck is accessed by the extended hydraulic bow door and is capable of accommodating a 45,000-pound (22,000kg) payload. The wheelhouse has been raised specifically to maximise the useful deck space available for cargo. Also on the cargo deck are flip up deck seats that can be locked into place along the port and starboard sides and can seat 12 people. 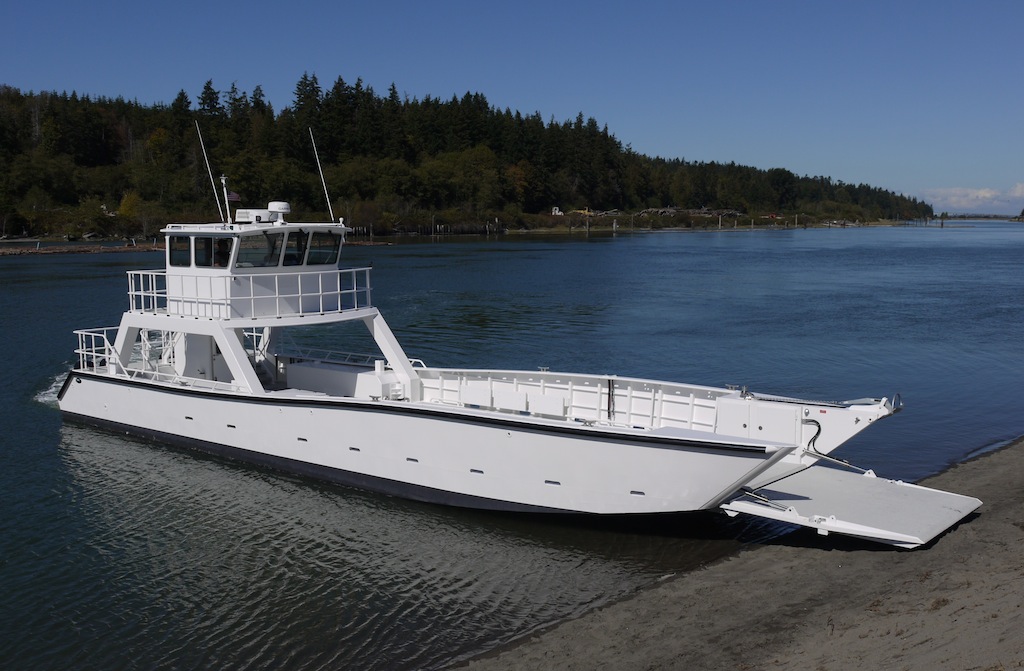 Four auxiliary fuel tanks can carry 3,000 gallons (12,000 litres) of diesel allowing the landing craft to act as a fuel tender. A fuel pump is installed and can offload the diesel via a 1.5” hose.

An interesting feature of the vessel is its removable superstructure, which makes shipping her around the world significantly simpler. A central staircase leads forward up to the wheelhouse from the aft deck. Located under the staircase, in a rather clever use of space, is the single toilet that is available for use by passengers and crew.

The elevated wheelhouse itself features 360-degree Diamond Seaglaze windows granting the helmsman excellent visibility at all times. A walkway extends around the entire wheelhouse and can be used as an observation platform during loading and unloading equipment. Inside the wheelhouse is seating for eight passengers and crew along with electronics from Garmin and Icom. Given that it is virtually a necessity in the Gulf climate, the wheelhouse is fully air-conditioned for comfort.

Propulsion is courtesy of a quad installation of Mercury Verado 350 outboard motors. The 350 hp (260 kW) motors are installed in pairs at the rear with a Side-Power tunnel thruster fitted in the middle. A second side-thruster is installed in the bow. The whole package offers fine manoeuvring capability in addition to a very healthy top speed of 33.9 knots. Cruising speed is a more sedate 18 knots at which speed her 500 gallons (2,000 litres) of petrol offers a 200 nautical mile range. 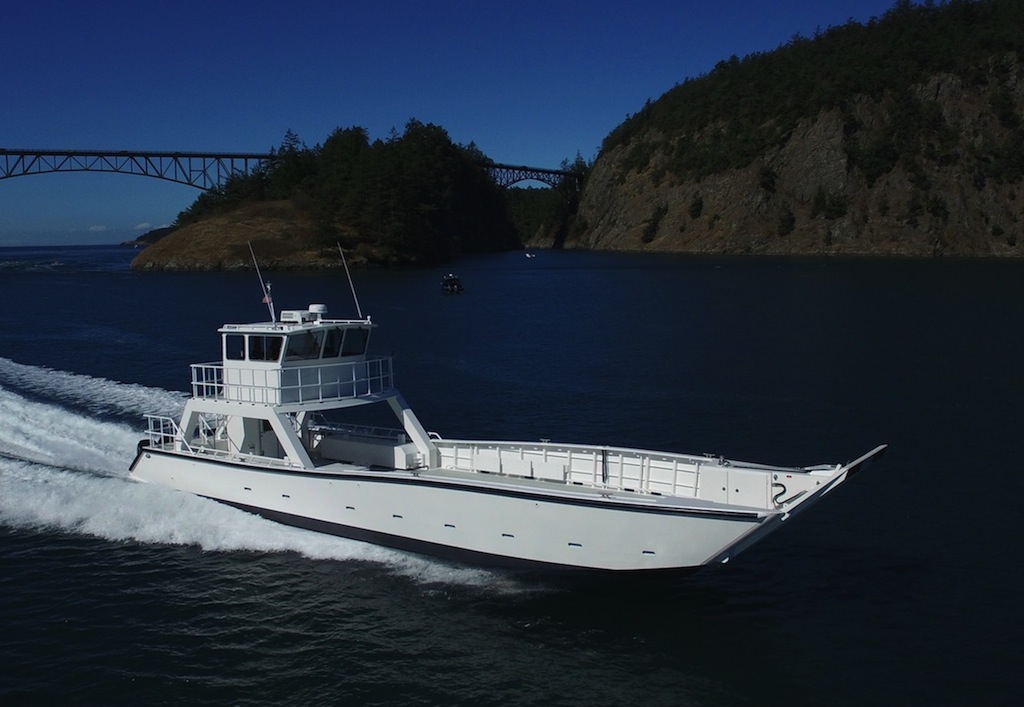 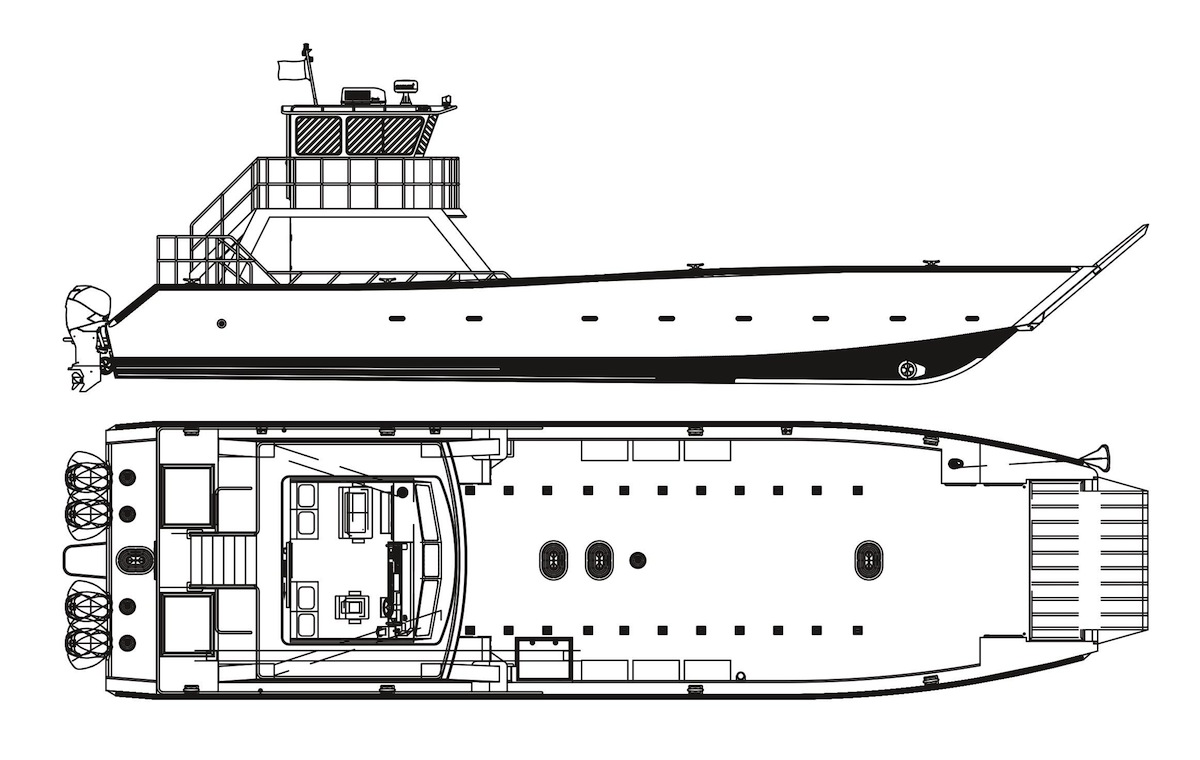