Written by Baird Maritime on February 23, 2018. Posted in Tug and Salvage World. 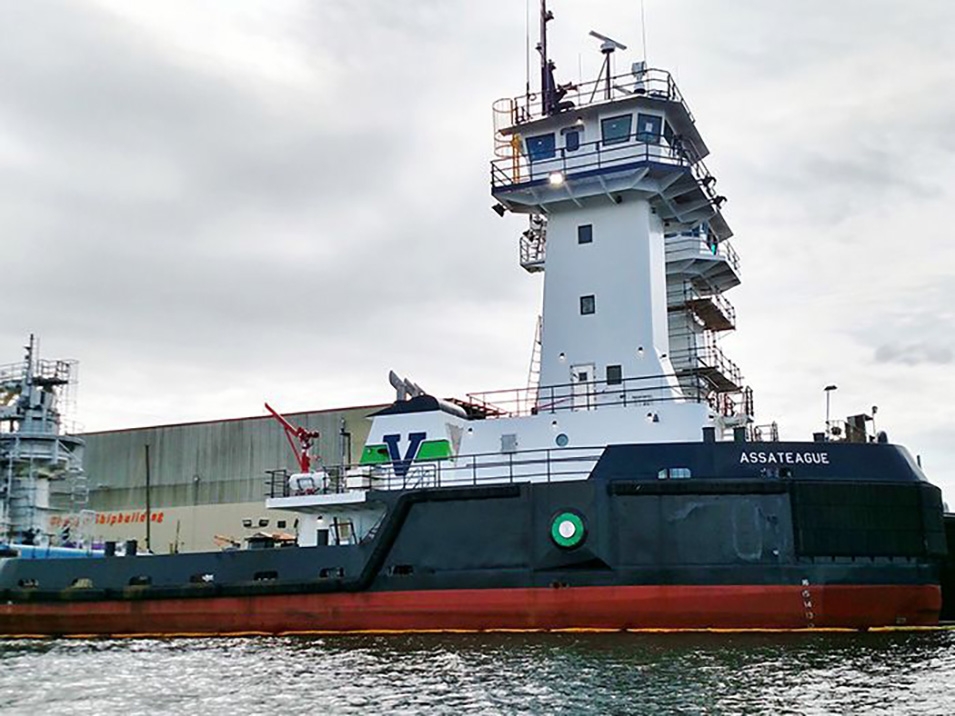 The tug accommodates up to 10 crew and has been developed using American Bureau of Shipping rules for a classed vessel, feature raised forecastles and measures under 500GT.

The tug is powered by a par of Cummins diesel engines. Two 125kW Cummins generators and one 60W Cummins emergency generator run the tug’s electrical system.

Assateague is named after a barrier island in Maryland and Virginia.

The other boats will be Chincoteague, named after a Virginia coastal barrier island and Wachapreague.