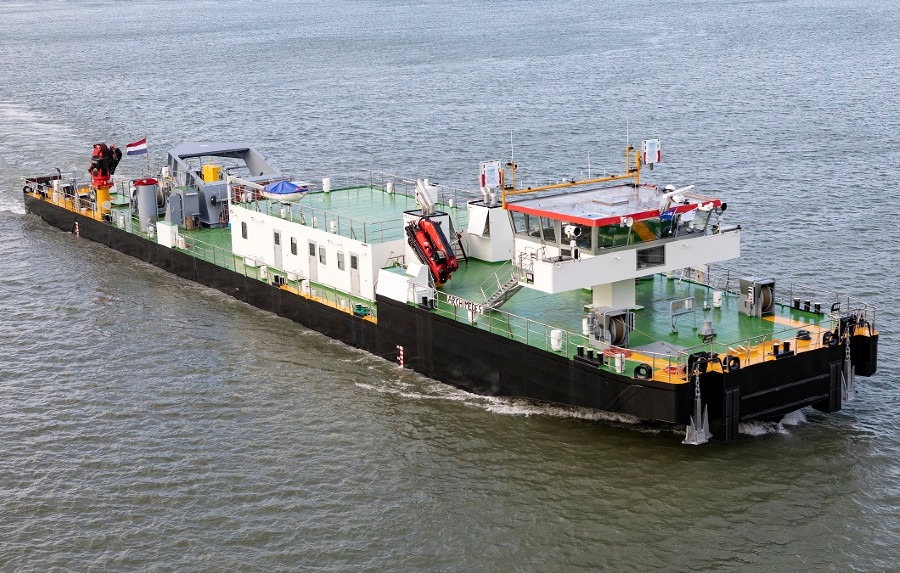 The 69-metre multi-role vessel, which was designed in close collaboration with the client, will be used primarily in the search and recovery of lost cargo and wreckage as well as inspection for construction projects. It will also be capable of providing barrel anchors in gravelly and rocky areas in order to perform sampling activities through drilling using nitrogen icing. Further, it will provide dry conditions, in a pressurised atmosphere, in which personnel can work below the water in depths of as much as 10 metres.

The WSV originally confirmed its intention to acquire a new diving bell ship in late 2018. Less than a year later, Damen was selected to deliver the vessel under a contract valued at approximately €23 million (US$27.9 million).

Carl Straat‘s area of operations will encompass the Rhine River and its tributaries. The vessel will be operated by the WSA Mosel-Saar-Lahn, a subordinate agency under the WSV and the current office responsible for the same waterways once managed by WSA Duisburg.

Damen said Carl Straat‘s diving bell system including a lifting device will make it possible for the vessel to sail on the Rhine and its tributaries and to operate without lowering the water level. Much of the vessel’s diving equipment was supplied by Haux. 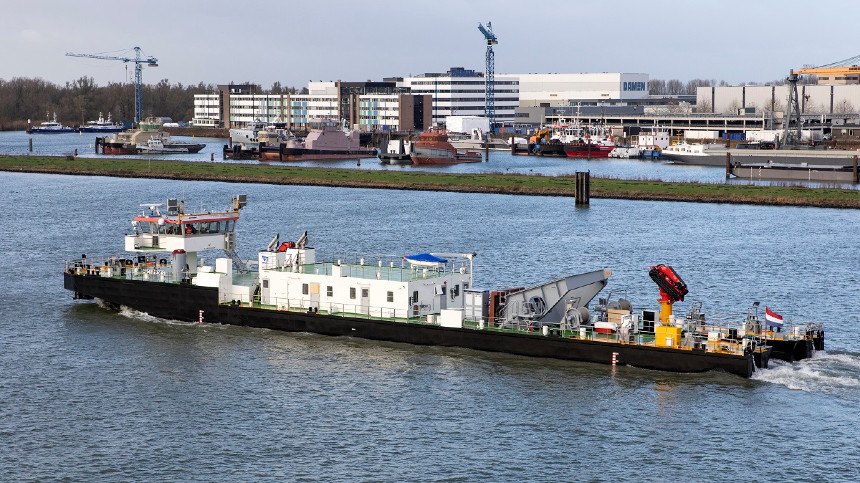 Carl Straat has since replaced a similarly named vessel that had been in service with the WSV since 1963. Among other thing, the newbuild is noticeably larger than its predecessor with an LOA greater by 17 metres.

The rudder propellers each have a ducted propeller diameter of 1.1 metres to enable the vessel to reach a speed of at least seven knots and to operate on the Rhine without towing assistance, unlike the earlier Carl Straat. The pump jet, meanwhile, is installed completely flush within the hull to guarantee increased protection even in the event of a grounding.

Construction of Carl Straat officially began with the laying of its keel at the facilities of Europoort Construction in South Holland in October 2019. The hull was later transported to Damen Shipyards Gorinchem for the remainder of the build, outfitting, and commissioning process, all of which were completed by the beginning of 2021.

Damen said the vessel is scheduled to commence operational sailings under WSA Mosel-Saar-Lahn in the summer of 2021 following the installation of its diving bell and associated equipment.