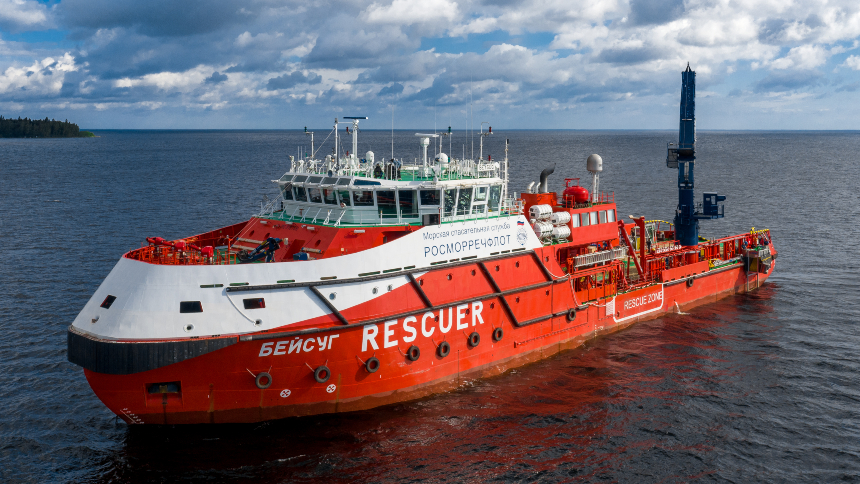 Named Beysug after a river in the Krasnodar Krai district of Southwestern Russia’s North Caucasus region, it is the third of a planned quartet of Project MPSV12 all-steel, shallow-draught salvage and rescue vessels to be built by United Shipbuilding Corporation’s (USC) Nevsky Shipyard for the same operator.

The Project MPSV12 vessels were developed beginning in 2015 in response to Rosmorrechflot’s need for an ice-capable marine salvage and search and rescue (SAR) platform that could operate in the open sea as well as in shallower inland waterways. Further, in addition to performing salvage and SAR, the Project MPSV12 vessels were also expected to carry out towing of navigation aids and damaged vessels, casualty evacuation, limited transport of passengers and cargo, dive support, operation as a vessel of opportunity for remotely controlled vehicles, and firefighting and oil spill response even in areas with temperatures as high as 60 degrees Celsius.

Beysug has an LOA of 79.85 metres, a moulded beam of 16.8 metres, a depth of 6.7 metres, a draught of 3.2 metres, and a deadweight of 1,920 tonnes. There is onboard space for a standard crew of 12 as well as 24 salvage technicians and other specialists, though the vessel has been designed to accommodate up to 150 people should the need arise, such as in instances of evacuating survivors from distressed large passenger vessels.

Two 2,610kW main engines drive a pair of controllable pitch propellers, and this configuration will enable the vessel to sail up to a maximum unrefuelled range of 4,000 nautical miles at a cruising speed of 14 knots.

Like its Project MPSV12 sisters, Beysug was designed by local naval architecture firm Marine Engineering Bureau to be able to take on the full range of typical marine salvage and rescue duties and other associated tasks. Hence, it is equipped with a broad array of features for every conceivable mission. 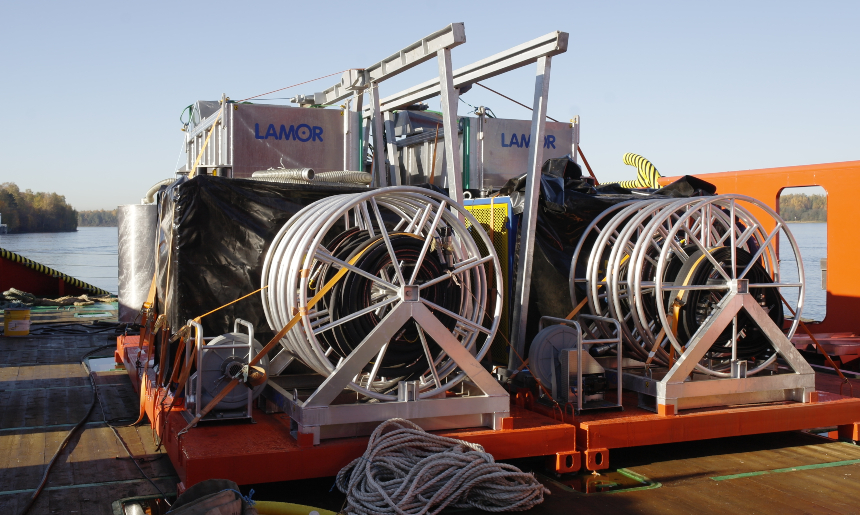 The vessel is capable of delivering a bollard pull of 50 tonnes when towing buoys and other vessels using an onboard automatic double-drum winch. For oil spill response, two hydraulically powered, trawl-mounted oil collectors and a 12-metre telescopic boom from Finnish pollution control specialist Lamor have been fitted.

The vessel also comes equipped with a self-propelled daughter craft for SAR work. The boat is powered by an inboard diesel engine, has seating for up to six people, and is to be used primarily for picking up survivors of marine incidents in areas where the Project MPSV12 ships could not operate due to their size.

Beysug‘s firefighting equipment consists of two water pumps, two foam pumps, and three monitors capable of pumping out water and foam at 1,200 m³/h and 300 m³/h, respectively, over an estimated distance of 70 metres. The monitors could even be used to extinguish fires on objects with surface heights of up to 55 metres, thus allowing Beysug and the other Project MPSV12 ships to provide a more effective firefighting response to incidents on larger vessels and tall structures such as offshore oil and gas platforms.

The dive support equipment consists primarily of a mobile quick-release station that would enable divers to operate at a depth of 60 metres to carry out underwater inspections and repairs of offshore structures. 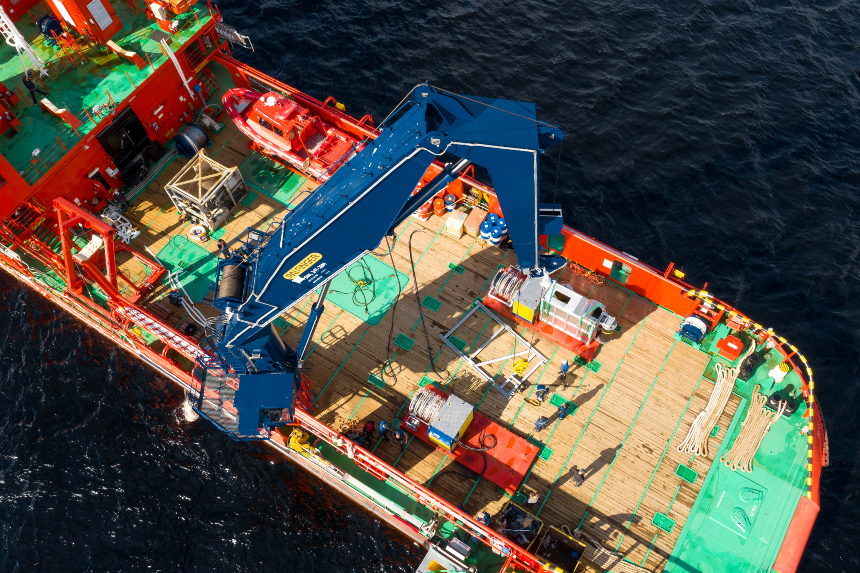 The vessel could even perform self-loading and unloading of cargo with the aid of a crane with a lifting capacity of 24 tonnes mounted on the 430-square-metre aft deck. The deck is also capable of accommodating a work-class remotely operated vehicle (ROV) configured to operate at a depth of 3,000 metres to carry out research, survey, and inspection duties.

In the event of an emergency that would necessitate the evacuation of all on board, Beysug is equipped with four 51-person life rafts and two 101-person life rafts as part of a complete marine evacuation system (MES) package provided by Viking Life-Saving Equipment. The Viking MES also includes a slide that not only allows the vessel’s occupants to quickly and safely descend into waiting life rafts on the water when abandoning ship, but would also facilitate direct boarding from the water, like in the case of adrift survivors being brought on board.

Beysug has been assigned to the Marine Rescue Service’s branch whose main area of responsibility includes the Black Sea and the Sea of Azov off the northwestern coast of Russia, as well as nearby rivers. 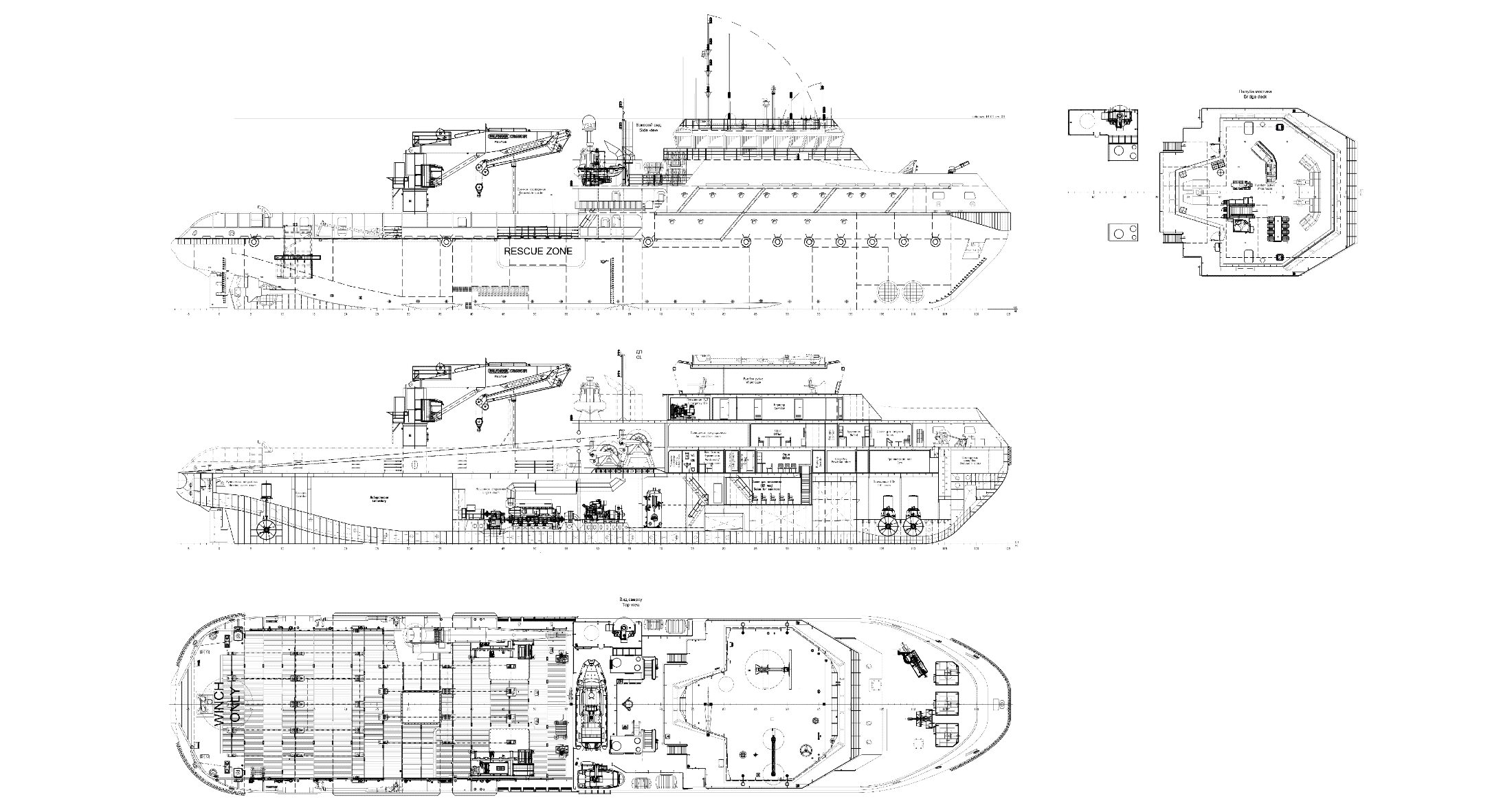 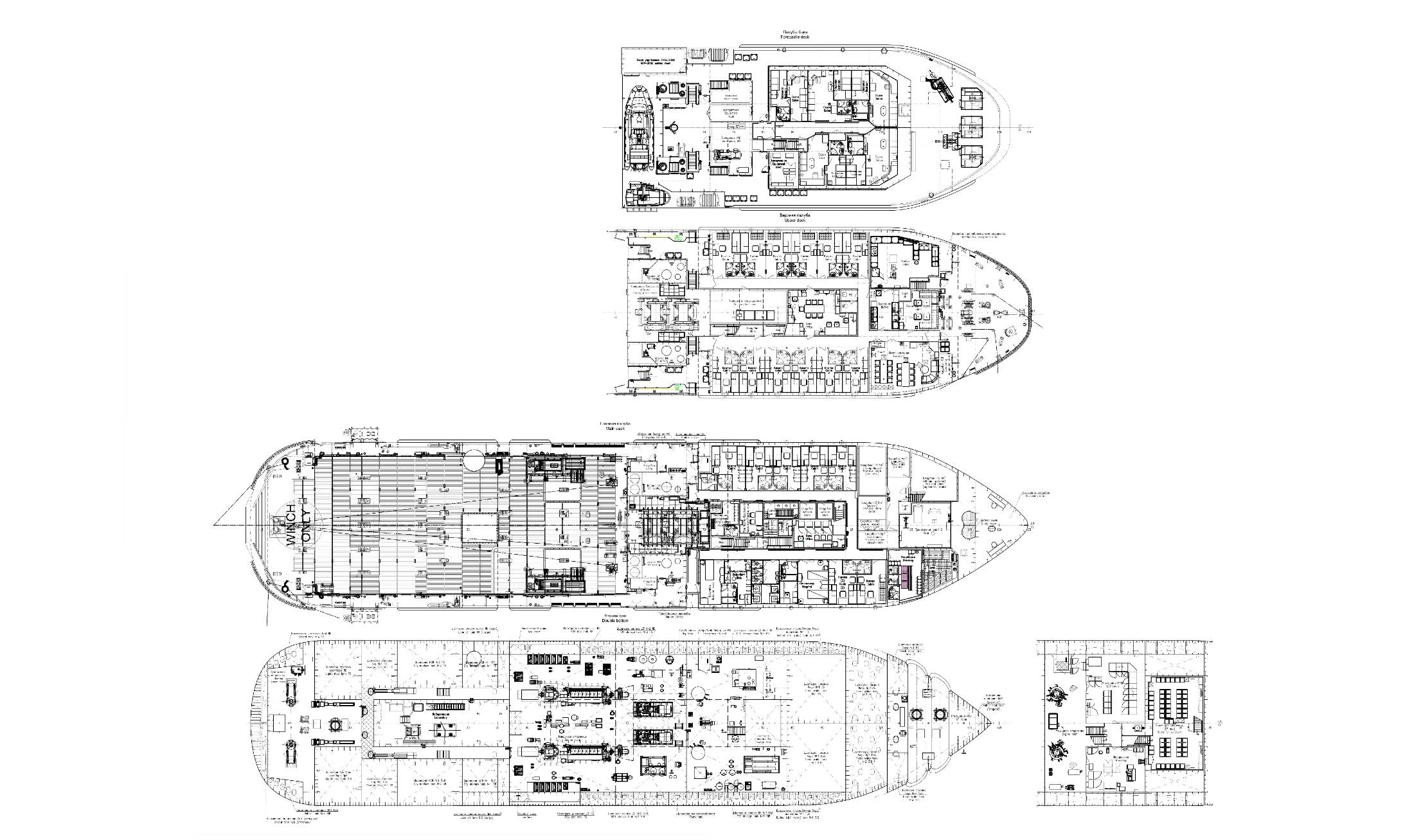