German Naval Yards Kiel (GNY) has completed conversion work on two ex-Norwegian-owned anchor handling tugs to enable them to perform a range of emergency response functions along the French coast.

The DNV-classed, 2010-built sister vessels Abeille Mediterranee and Abeille Normandie were acquired in 2021 by Les Abeilles International, a French vessel operator that provides towage, salvage, and pollution response services. Formerly operated as Siem Diamond and Siem Garnet by Norway’s Siem Offshore in support of oil and gas clients, the tugs are now being provided under charter to the French Navy to serve primarily as emergency towing vessels (ETVs) in the English Channel and in the North and Mediterranean Seas. They will also carry out the secondary functions of salvage, search and rescue (SAR), firefighting, and escort for other vessels in distress.

The ETVs each have a length of 91 metres, a beam of 22 metres, a maximum draught of 7.95 metres, and two 8,000kW engines driving controllable-pitch propellers to deliver a bollard pull of over 280 tonnes and a maximum speed of 18 knots. At a more economical cruising speed of 11 knots, each vessel can stay out at sea for a maximum of 45 days.

The two ETVs underwent a €60 million (US$61.28 million) modification program that includes complete conversion of the sterns, arrangement of the working winches, upgrading of the onboard cranes, and installation of additional rescue equipment. Also, additional rooms on the working deck were constructed and modifications were completed in the accommodation area to ensure suitability for humanitarian operations. The vessels now each have accommodations for 12 crewmembers and 44 other personnel in 18 single cabins and 20 double cabins, and up to 300 rescued survivors may be housed if needed.

An onboard hospital has beds for seven injured patients.

The external firefighting equipment consists of two FiFi2 pumps and two monitors while two containment booms and a pump connected to a 150-cubic-metre dispersant tank will be utilised for pollution control missions.

Power for the onboard systems is supplied by diesel generators.

Abeille Mediterranee and Abeille Normandie are homeported at Toulon and Boulogne-sur-Mer, respectively, and have since replaced two 44-year-old vessels in the Les Abeilles emergency response fleet. In fulfillment of the charter with the French Navy, each ETV will be crewed and configured to be ready to sail out of its homeport within 40 minutes after receiving a call to mobilise. 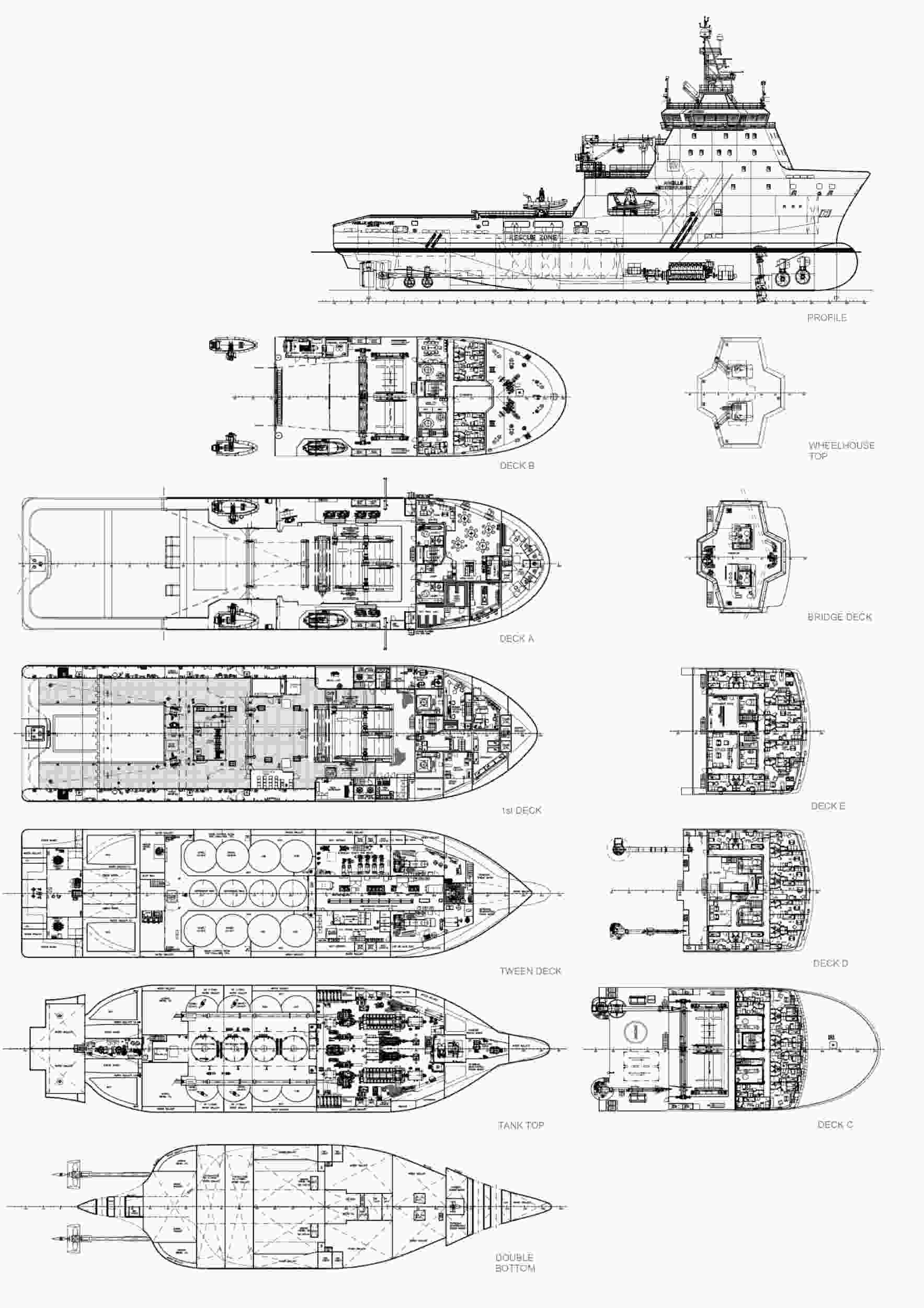